A document prepared for the 62nd meeting of CITES Standing Committee.

Wildlife crime was officially recognised as a form of serious transnational organised crime by the UN General Assembly in 2000 but although the need for a sophisticated and coordinated response from enforcement agencies is required to combat it is acknowledged by CITES there is insufficient reporting to confirm that these approaches are institutionalised, widespread and consistently practiced.

Our recommendations in respect of this cover Asian big cats, elephants and rhinos. 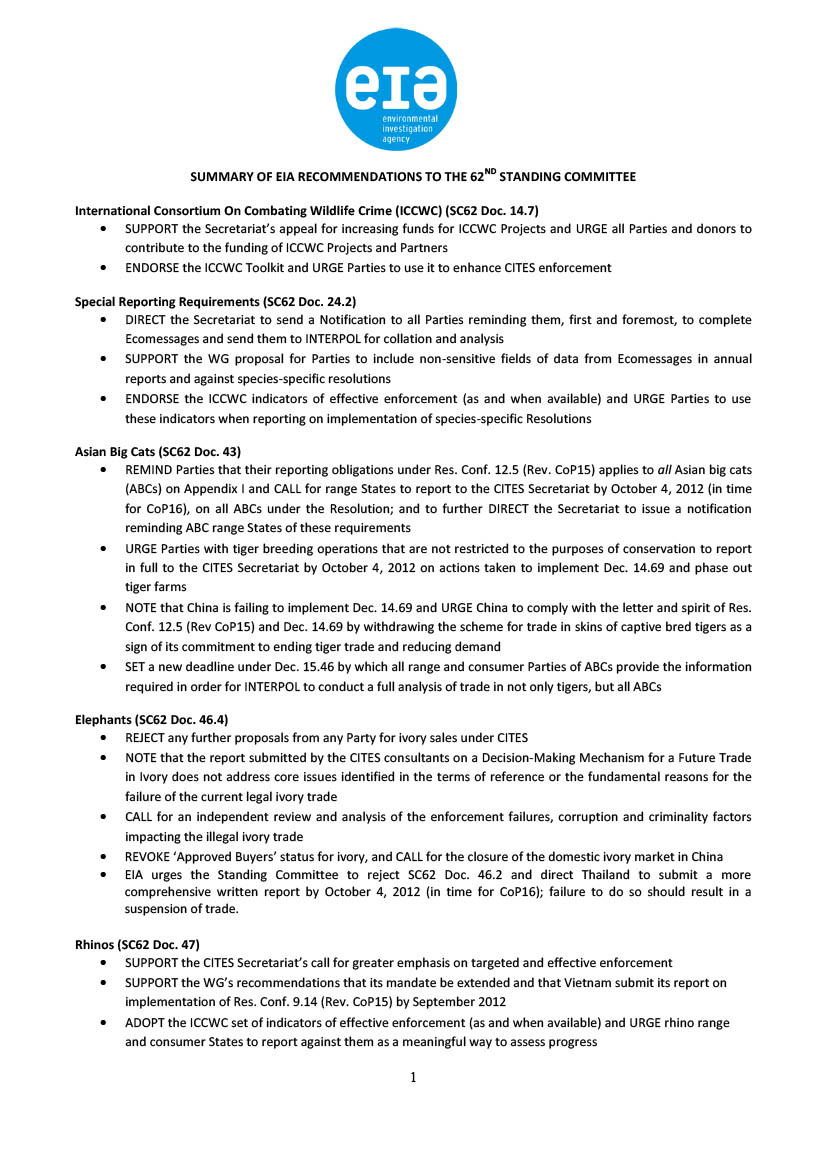