The concentration of methane in the atmosphere has more than doubled since pre-industrial times and is projected to continue to increase through at least 2040. Current methane concentrations are too high to meet even the 2°C scenarios laid out by the Intergovernmental Panel on Climate Change (IPCC).

More than half of global methane emissions are human caused, predominantly from the energy (oil, gas and coal), agriculture (livestock) and waste sectors (landfill and wastewater). In the energy sector, methane is released into the atmosphere through routine venting and flaring and leakage across the oil and gas supply chain while abandoned and unused oil, gas and coal sites often emit methane unabated. Fossil gas (often known by the misnomer ‘natural gas’) used in petrochemicals to produce plastic is an important source of methane.

Adding to the urgency, vast deposits of methane stored under layers of permafrost are at increasing risk of being released as the planet warms and the permafrost thaws. This climate ‘tipping point’ would be catastrophic with the potential to release hundreds of billions of tonnes of carbon-dioxide equivalent (CO2e) into the atmosphere causing dramatic warming. Fast action on short-lived climate pollutants, such as methane and fluorinated GHGs (F-gases), greatly increases our chances of flattening the climate curve and avoiding these climate tipping points.

In the Sixth Assessment Report of the IPCC, the Working Group III found that ‘’rapid reduction in non Co2 GHGs, particularly methane, would lower the level of peak warming’’. It also states that methane emissions need to be reduced by 33% by 2030, and by 50% by 2050 (compared to modeled 2019 emissions) to keep warming below 1.5°C. Measures to achieve this are available and cost-effective, with the potential to avoid 180 MtCO2e emissions a year by 2030. Methane emissions are grossly under-reported, but satellite data is beginning to reveal the scale and severity of methane leakage and emissions. This has led to increasing international scrutiny and attention to the issue, spurring action on methane emissions globally.

Clearly, the most direct pathway to reduce methane emissions from the energy sector is through the phase-out of fossil fuels. At the same time, measures to stop methane leakage and emissions must be mainstreamed across the sector. For this reason, EIA is urging EU Member States to develop comprehensive plans with timelines and intermediate targets to reach the objective of a phase-out of fossil gas by 2035. EIA has also joined the global call for a Treaty to phase out fossil fuels and support a just transition.

In December 2021, the European Commission released a proposal for a Regulation on methane emissions reduction in the energy sector. The EU Methane Regulation aims to keep the EU in line with its climate commitments under the Paris Agreement and the European Green Deal.

The Regulation proposes to put in place a framework with obligations on measurement, reporting and verification (MRV), leak detection and repair (LDAR) limits to routine venting and flaring (BRVF) and measures to cap and seal inactive wells and coal mines, which are the main pillars of effective methane emissions mitigation. But despite numerous calls from European policymakers and recommendations from leading NGOs, the Regulation lacks a key element – extending the framework to all oil, gas and coal consumed in the EU, imports included, and to the petrochemical sector. The EU imports 70% of its hard coal consumption, 97% of its oil consumption and 90% of its fossil gas consumption,” meaning “75-90% of the methane emissions associated with these fuels are emitted before reaching the EU’s borders." EIA promotes meaningful measures on the whole supply chain.

On the international level, during COP26, the EU and the US launched the Global Methane Pledge. This Pledge, with a non-binding reduction target of 30 per cent by 2030, has been signed by more than 100 countries and is the first international initiative on methane.  It is a starting point for a decade of increasing ambition on methane. EIA is working to develop a new global methane instrument for the energy sector and has worked on a set of recommendations for governments on immediate actions that can be taken in national action plans, identifying specific measures and policies to cut methane. 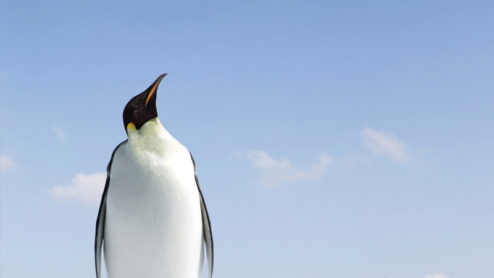 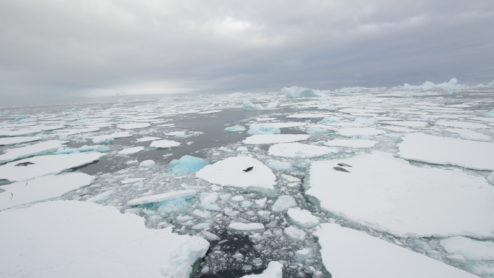