An exhaustive investigation reveals how criminal gangs originating from an obscure town in southern China have come to dominate the smuggling of illegal ivory poached from African elephants.

Shuidong town is home to a network of ivory trafficking syndicates whose reach extends to East and West Africa, including the elephant poaching hotspots of Tanzania and Mozambique.

One syndicate member told undercover EIA investigators that Shuidong is the destination for a staggering 80 per cent of all poached ivory smuggled into China from Africa. 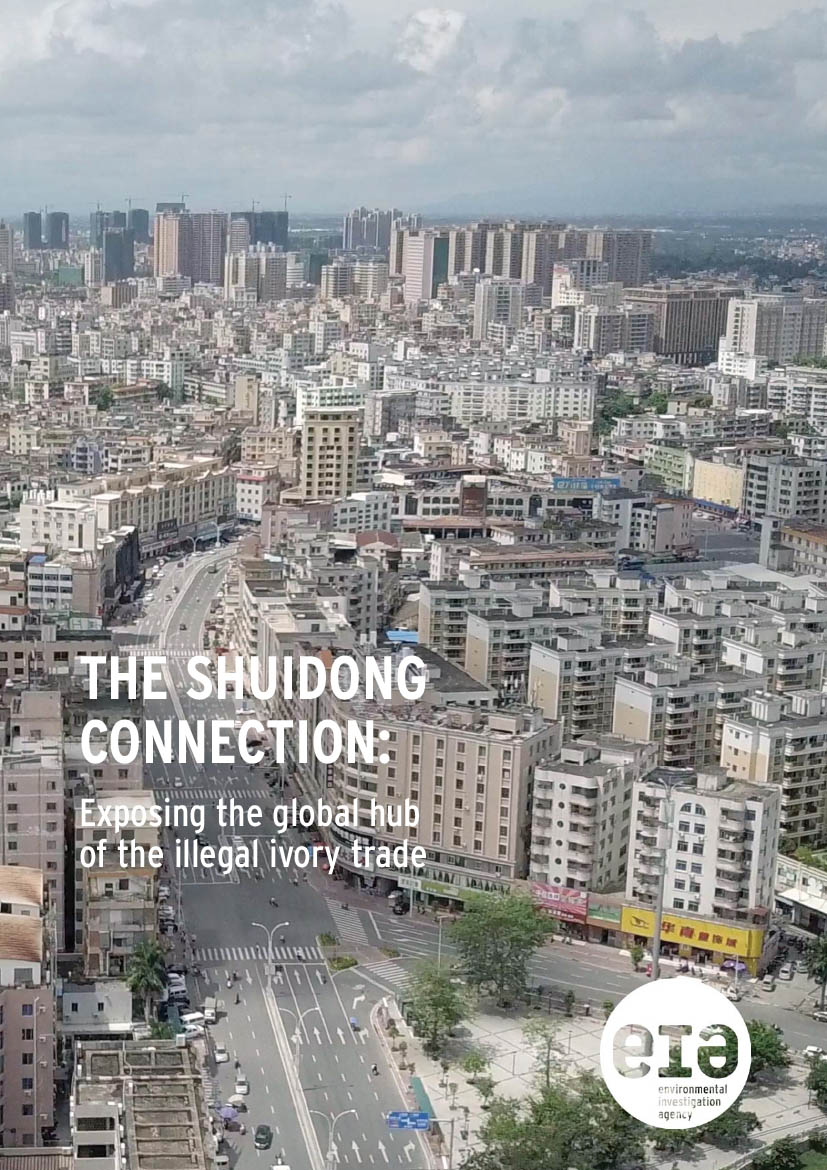