As Parties convene in person for the first time in more than two years, ensuring the continued successful implementation of the Montreal Protocol must include a modernisation of its institutions and increased investment in its future.

The treaty has played a critical role in mitigating climate change for 35 years, through the successive phase-out of ozone-depleting substances (ODS) and the restoration of the ozone layer, protecting the world’s biosphere from harmful ultraviolet radiation.

The Kigali amendment to the Montreal Protocol, adopted in 2016, is expected to avoid 5.6-8.7 GtCO2e of hydrofluorocarbon (HFC) emissions per year by 2100, reducing the impact of HFCs on future global average warming by up to 0.4oc.

However, unexpected emissions of phased out ODS, notably chlorofluorocarbon-11 (CFC-11), demonstrate that significant improvements to the Protocol’s monitoring, reporting, verification and enforcement (MRV&E) regime are necessary to ensure the sustained phase-out of substances controlled by the Protocol. 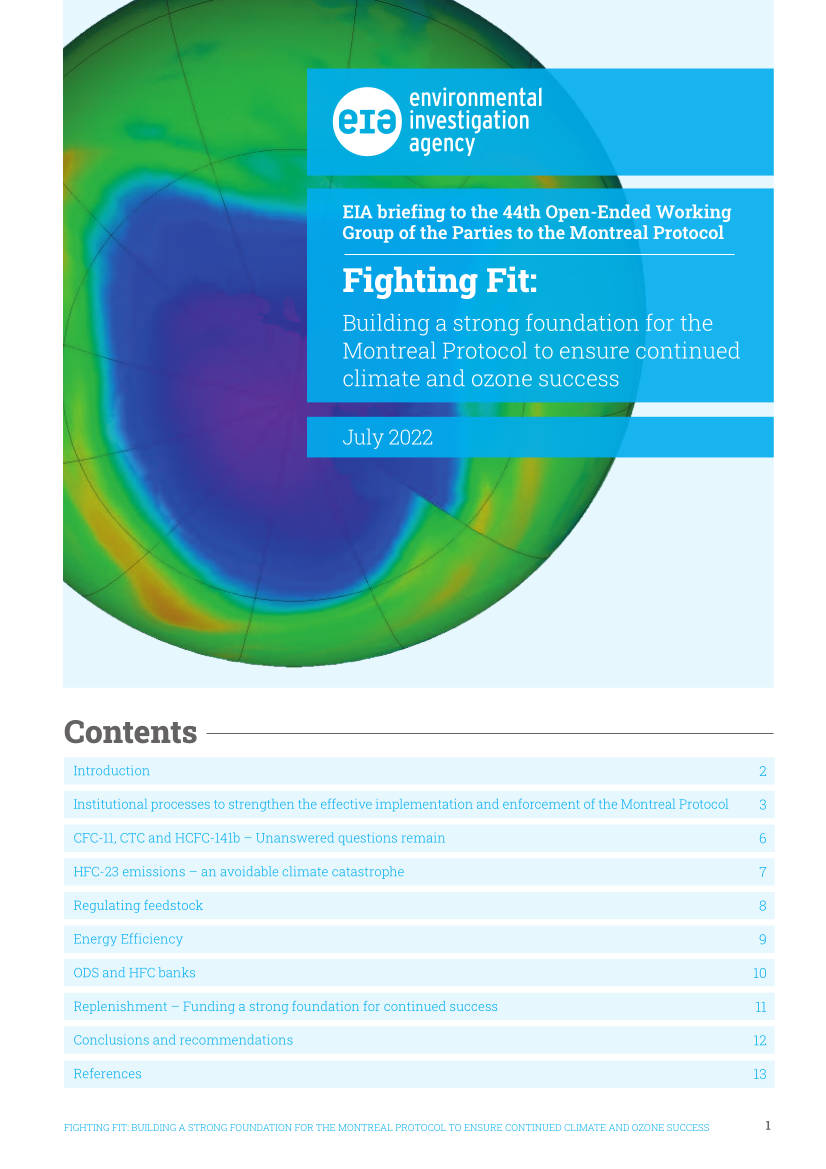