Now in its 31st year, the Montreal Protocol has worked to phase out the use of harmful ozone-depleting substances, including chlorofluorocarbons (CFCs) and hydrochlorofluorocarbons (HCFCs), which had created a massive hole in the Earth’s protective ozone layer.. 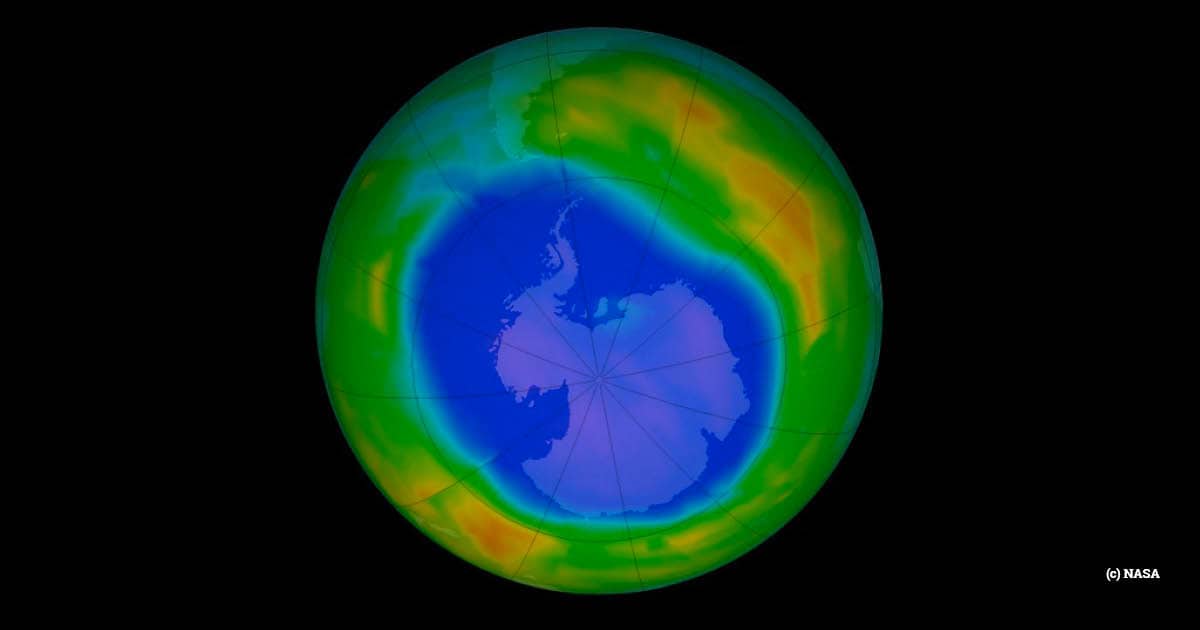 The benefits of its work cannot be over-estimated – it has helped reduce skin cancers and cataracts as well as avoiding damage to critical plant life and marine ecosystems.

And the Montreal Protocol is the gift that keeps on giving – NASA scientists have reported a 20 per cent reduction in ozone depletion in 2017 compared to 2005!

The theme for this year’s World Ozone Day – celebrated on Sunday (16 September) – is ‘Keep cool and carry on’, a nod to the oft-quoted wartime motto and online meme favourite ‘Keep calm and carry on’.

We must, of course, carry on work to protect the ozone layer and the legacy of the Montreal Protocol; our recent exposé of ongoing the illegal production and use of CFC-11 – thought to be completely phased out – in China demonstrates the need for continued vigilance.

While the Montreal Protocol has done more than any other treaty to reduce greenhouse gas emissions, keeping cool increasingly relies on energy-hungry air-conditioning units which use climate-wrecking gases as coolants. As summer heat waves become the norm, the increasing need for cooling will only exacerbate the problem, making the world a much warmer and more dangerous place.

If we ‘Keep cool and carry on’ as we have been doing then the number of cooling appliances in use by 2050 will almost triple to 9.5 billion. These would consume over 22 times more energy than was produced by the whole of the UK in 2017! The carbon dioxide equivalent (CO2e) emissions of these appliances would amount to more than six billion tonnes – or 40 per cent of the world’s total carbon budget to keep in line with holding global temperature increases to within 2°C under the Paris Agreement.

Yet cooling has a fundamental role to play in modern society; cooling saves lives by properly refrigerating vaccines, brings prosperity through better working, living and learning conditions and reduces hunger by minimising food waste. Access to environmentally friendly energy-efficient cooling for all should be a key global priority.

To shift towards climate-friendly cooling we need to drastically rethink our cooling sector and redesign our cooling appliances. The Kigali Amendment to the Montreal Protocol will come into effect in January 2019 and will phase down production and consumption of HFCs, the replacement chemicals for ozone-depleting substances (ODS), which don’t damage the ozone layer but are potent greenhouse gases.

By phasing down HFCs, the Kigali Amendment is expected to prevent half a degree of warming by the end of the century. If the HFC phase-down is coupled with strong energy efficiency policies and measures, estimates suggest the climate benefits of the Amendment could be doubled. For example, if Minimum Energy Performance Standards push markets to improve cooling appliance performance by more than 50 per cent by 2030, this would cut CO2 emissions from air-conditioning in half and also reduce local air pollution.

An even better way to avoid emissions from cooling is to reduce the need for it altogether. This can be done by designing buildings to make use of passive cooling such as shade, roofs and vegetation. These techniques do not require power to cool us and can last for many years.

The Montreal Protocol deserves to be celebrated as the most successful environmental treaty in the world. While its success should never be underestimated, its work is far from done – completing the phase-out of HCFCs, implementing the historic HFC decision, finding ways to maximise energy efficiency as we transition away from HCFCs and HFCs in the cooling sector, dealing with ODS and HFC banks and tackling the ongoing illegal trade in them are key priorities for the success of the Protocol and key priorities for our Climate campaign.

So we celebrate World Ozone Day with immense gratitude to all those who have worked so hard to protect our precious ozone layer – but mindful of the enormous challenges which lie ahead.