A report revealing that Chinese-led criminal gangs are conspiring with corrupt Tanzanian officials to traffic huge amounts of ivory, a trade which has caused half of Tanzania’s elephants to be poached in the past five years.

Its findings include that even diplomatic visits by high-level Chinese Government delegations have been used to smuggle ivory.

Released on the eve of a major regional wildlife crime summit in Tanzania, Vanishing Point details how the country’s elephants are being slaughtered in vast numbers to feed a resurgent ivory trade in China. 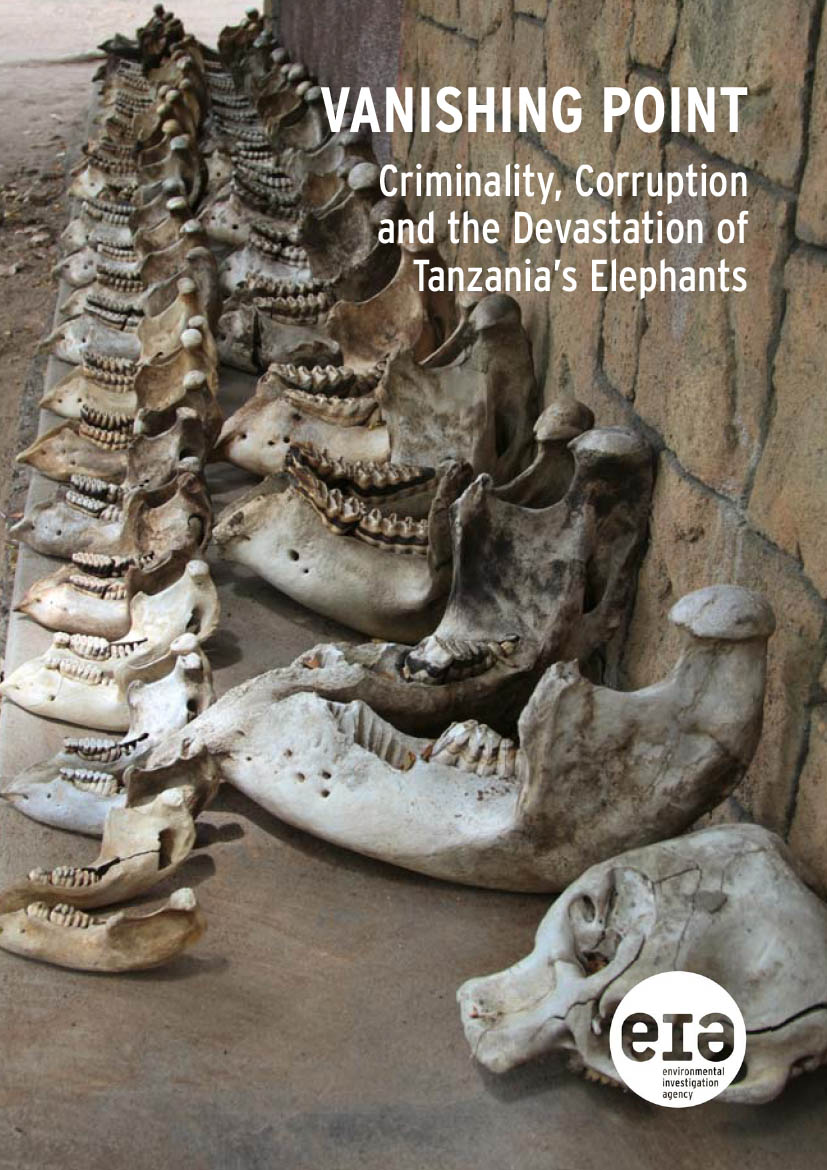