A report produced for the 30th Meeting of the Parties (MoP30) to the Montreal Protocol on Substances that Deplete the Ozone Layer opening in Quito, Ecuador.

Tip of the Iceberg: Implications of Illegal CFC Production and Use is an update on China’s illegal CFC-11 emissions crisis and includes independent laboratory tests of polyurethane (PU) foam samples – provided by Chinese enterprises previously investigated by EIA – that confirm the presence of CFC-11 as a blowing agent. CFC-11 is a potent ozone depleting substance (ODS) that has been banned for almost a decade. 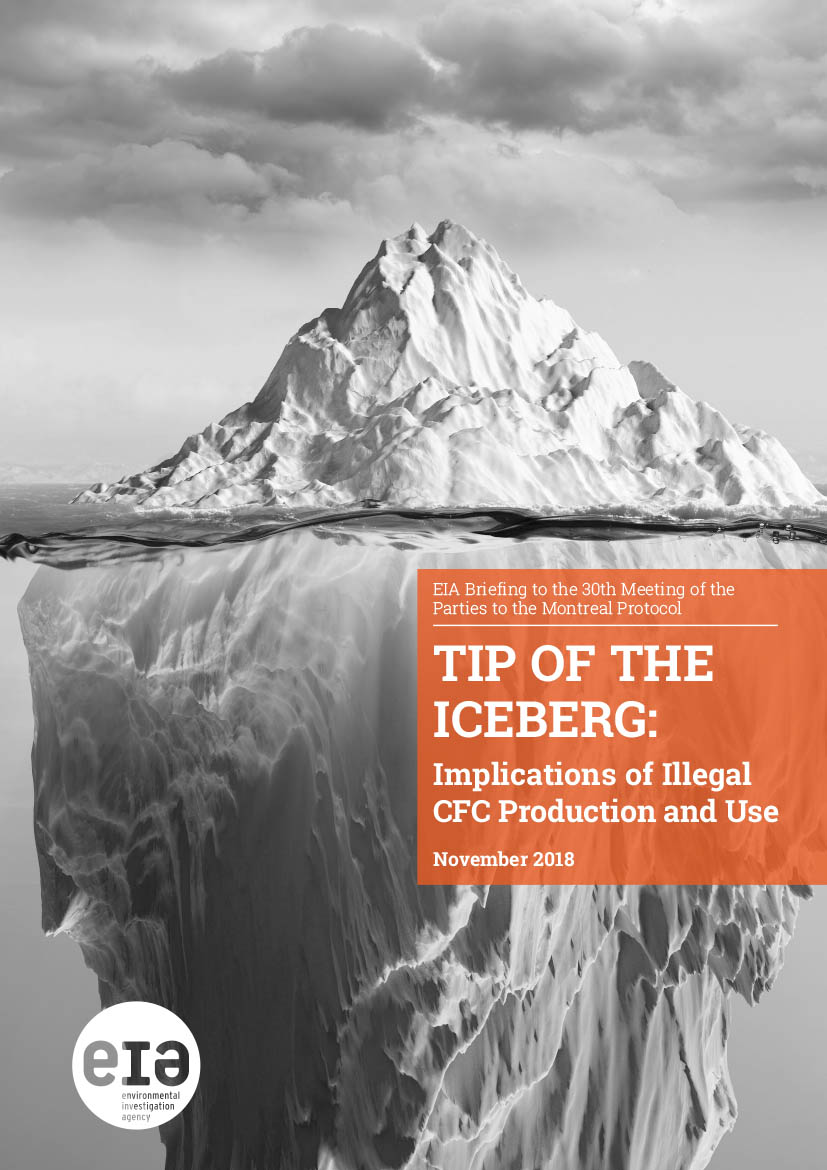