The Montreal Protocol was created in 1987 to regulate the chemicals responsible for ozone depletion. Widely hailed as the world’s most successful international environmental treaty, it has phased out 99 per cent of all Ozone Depleting Substances (ODS), setting the ozone layer on the path to recovery.

It was also the first UN treaty to achieve universal ratification – truly, a global agreement and an outstanding model of international cooperation.

Spurred by the frightening discovery in the mid-1980s of a springtime ‘hole’ in the ozone layer, the Protocol has not only protected the ozone layer but has evolved to address the current climate emergency.

This briefing examines the impact of the Montreal Protocol on climate change and calls on the world´s governments to undertake new measures under the Protocol and invest, both politically and financially, to secure even more significant greenhouse gas (GHG) reductions. 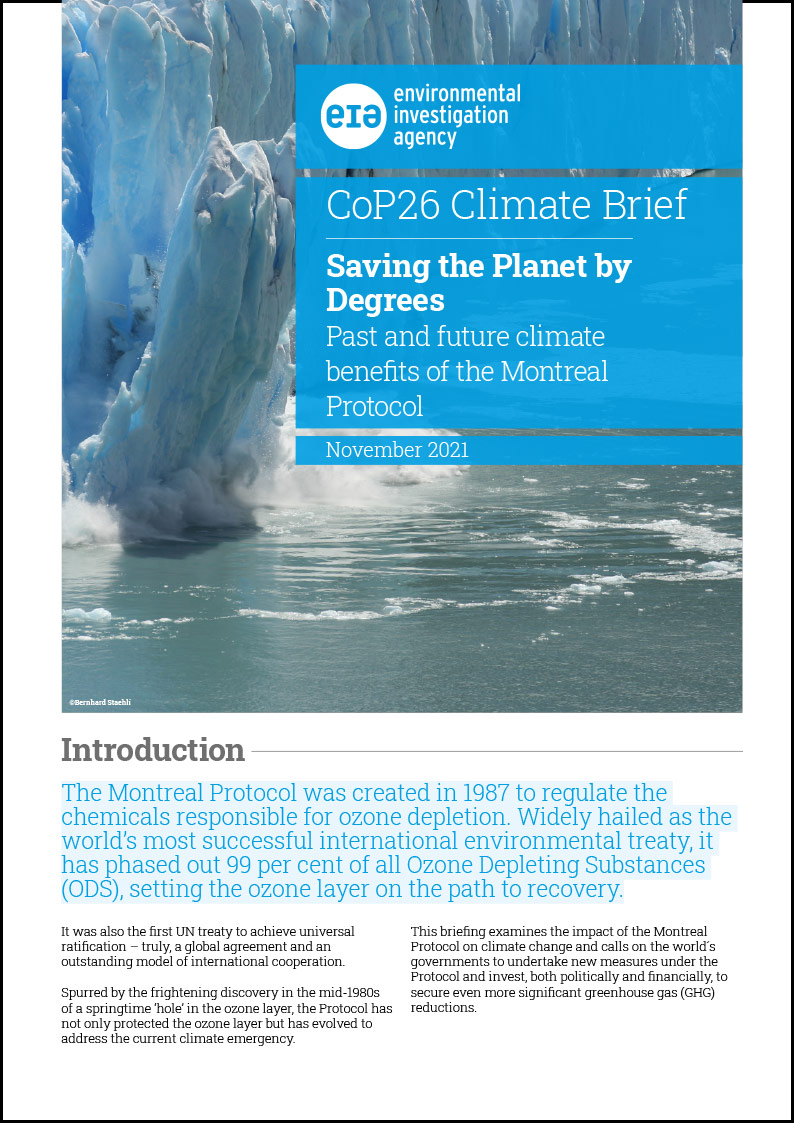