A briefing by EIA and and the Wildlife Protection Society of India to alert the CITES Standing Committee to concerns that despite the perilous situation facing leopards and their Appendix I listing, only Israel, Thailand and India have provided information on leopards.

Several Asian leopard subspecies are listed on IUCN Red List as endangered or   critically endangered and leopard parts and derivatives continue to be seized regularly.

Despite these significant threats, Parties appear either unwilling or disinterested in reporting on the status of leopards within their national boundaries. 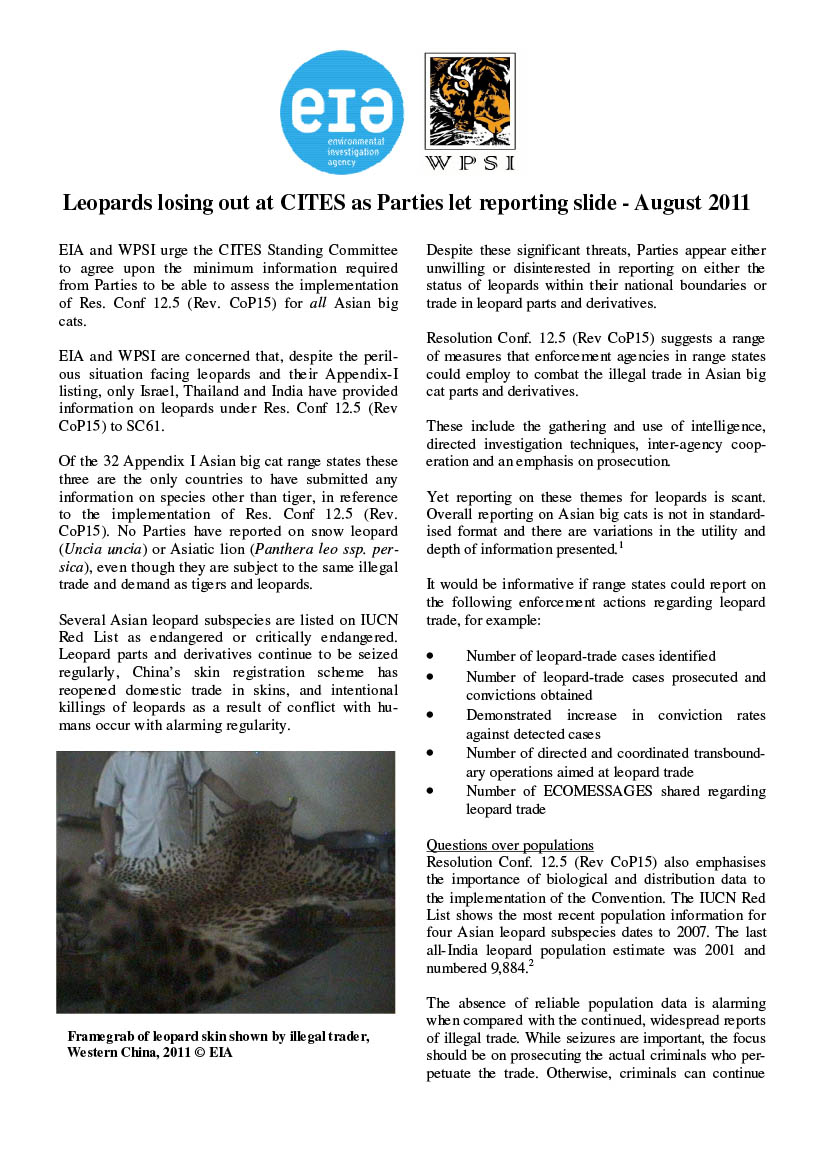