We have the tools, now let’s build the house.

Resolution 5/14 convenes an intergovernmental negotiating committee (INC) to develop the new global agreement on plastic pollution. The expressed aim is to conclude negotiations by the end of 2024, after which it would be adopted and opened for signature at a Conference of the Plenipotentiaries in 2025.

The mandate to the INC calls for addressing plastic pollution in all environments through a comprehensive approach addressing the full plastics lifecycle and sets out a series of provisions to be developed.

The negotiators now have the task of organising and prioritising the topics for discussion during the upcoming (five) sessions of the INC. Based on previous INCs for Multilateral Environmental Agreements (MEAs), structuring the programme of work is likely to take into consideration the availability of knowledge, the sensitivity or relative importance of various issues and the complexity and interrelationship of issues to be considered.

When considering the approach to negotiations it will be important to understand which topics may need be visited multiple times during negotiations and those which can be addressed easily. Furthermore, some topics may require dedicated research or working groups to be established to progress the drafting of the relevant text intersessionally.

Outlining the programme of work will be a key task of the Open-Ended Working Group (OEWG) which will meet in Dakar from 29 May to 1 June, in addition to considering rules of procedure for the negotiations and electing bureau members, as well as potentially agreeing dates and locations for the future INC meetings.

In this briefing we provide a first look – our initial considerations — of the various elements in two of the key operative paragraphs in the mandate (OP3 and OP4) in Resolution 5/14 in order to support the deliberations during the OEWG. 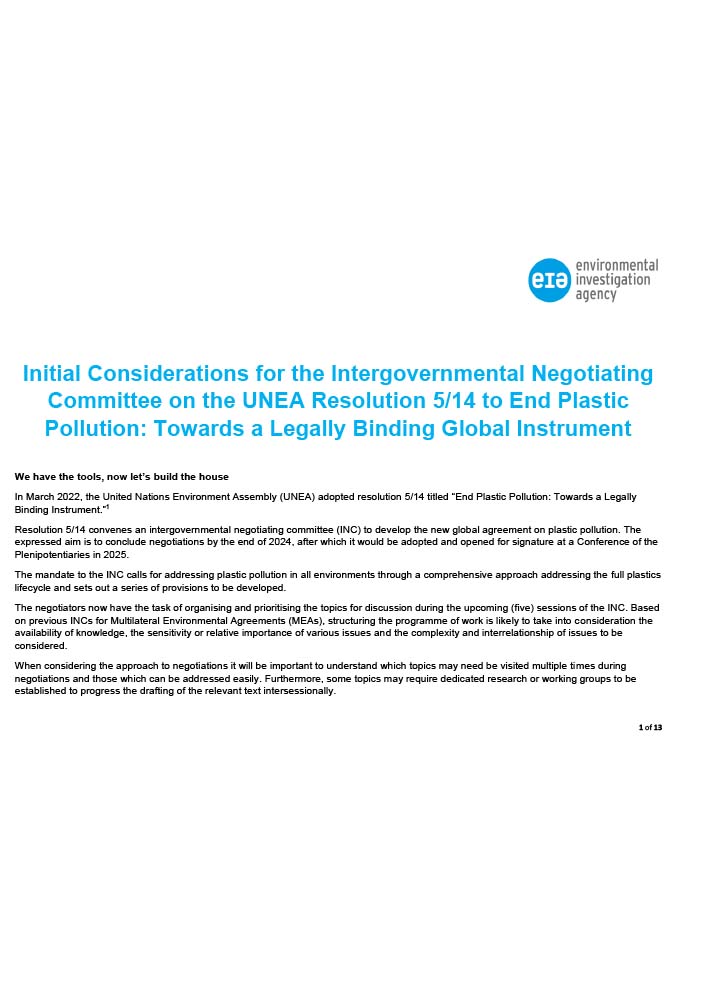