The global phase-down of hydrofluorocarbons (HFCs), starting in January 2019 under the Kigali Amendment to the Montreal Protocol, could avoid 0.5°C of warming by 2100. By simultaneously improving the energy efficiency of cooling systems, this climate benefit could potentially be doubled.

Supermarkets worldwide use a significant amount of energy, as much as 60 per cent of which is used for their cooling and heating systems. Making refrigeration sustainable demands a holistic approach that not only addresses HFCs but also considers energy, which can contribute to three times more carbon dioxide equivalent (CO2e) emissions than the HFCs used as refrigerants.

Shecco and ourselves have produced a new report giving a technical overview of available HFC-free energy efficient technology (including case studies) that supermarkets can deploy to bring us closer to achieving the Paris Agreement goal of limiting warming to well below 2°C. EIA is calling on supermarket members of the Consumer Goods Forum (CGF) to lead the way in setting ambitious and transparent refrigeration targets to significantly improve energy efficiency while phasing down HFCs. 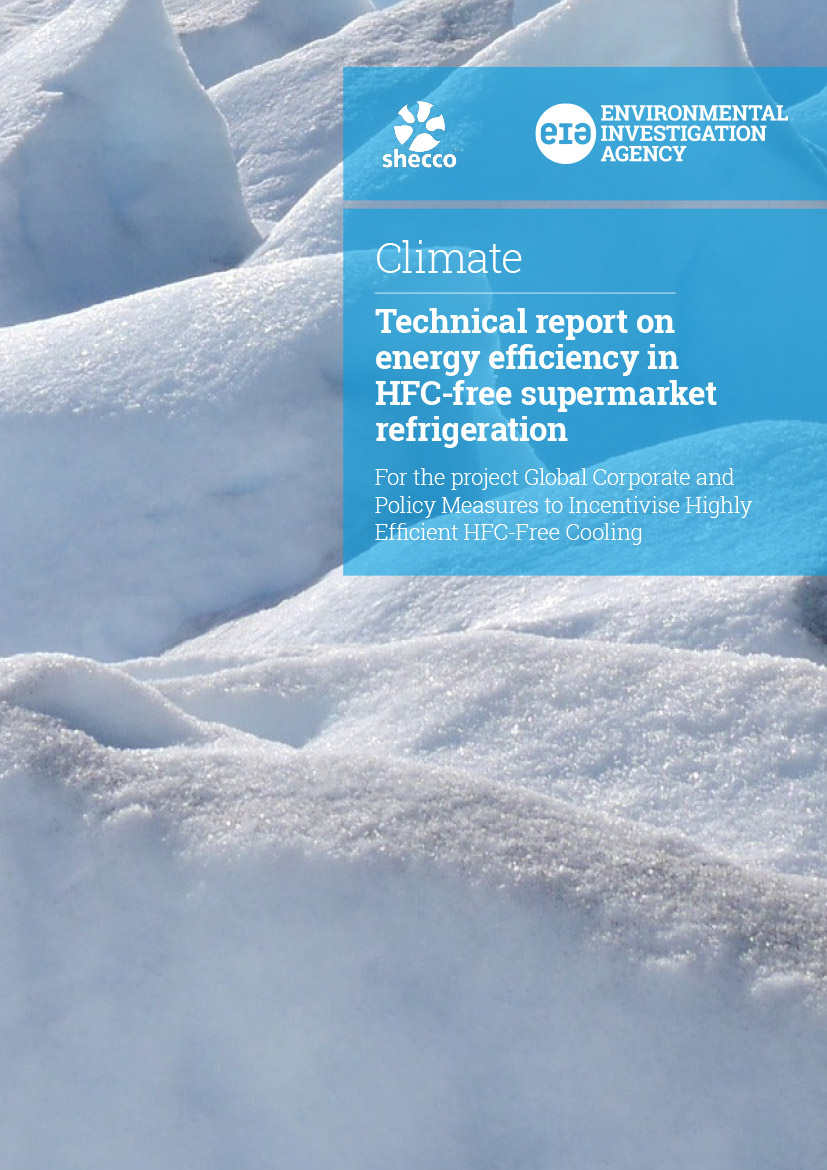