Pangolins are considered the most trafficked mammal in the world and one of the major threats facing them is the demand for their scales, primarily in China.

The legal market in pangolin ‘medicines’ is a key driver of the persistent demand and it is vital that the Chinese Government bans the use of pangolin scales as well as the products of other threatened species – complemented with a comprehensive demand-reduction strategy to effectively change the mindset of consumers.

The survey, conducted in February this year, reflects a shifting public attitude after the outbreak of the coronavirus pandemic and indicates support for Government action with regard to demand-reduction.

While the majority of the Chinese people do not consume endangered wildlife species and it is illegal to eat wildlife in China; the Government has created a legal exemption in its Wildlife Protection Law which enables the use of threatened species such as pangolins and leopards in traditional treatments.

This year, the Chinese Government has made two announcements to enhance protection for pangolins – but the devil remains hidden in the detail and both measures continue to legally exempt the use of pangolins in traditional Chinese medicine (TCM).

Firstly, the legal status of native pangolin species in China has been raised from second-class to first-class special state protection, the highest form of protection under national legislation. Yet Article 27 of the Wildlife Protection Law permits the use of state-protected species in special circumstances, such as ‘heritage conservation’ – this article is being repeatedly referenced to authorise the transaction and production of pangolin ‘medicines’ in China, as shown in permits issued by the Chinese provincial governments. 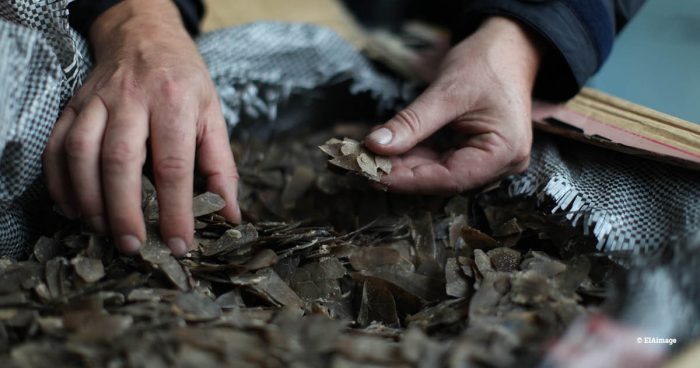 To verify the change, EIA obtained a copy of the 2020 pharmacopoeia and confirmed that while pangolin scales had been removed from a section listing key TCM ingredients, they were still included as an ingredient in patent medicines – meaning the Government continues to legitimise and promote their use in this manner

EIA’s Smokes and Mirrors report, published in October, revealed that at least 56 TCM companies are still actively advertising online products purporting to contain pangolin while a total of 64 products on manufacturers‘ websites list pangolin as an ingredient. 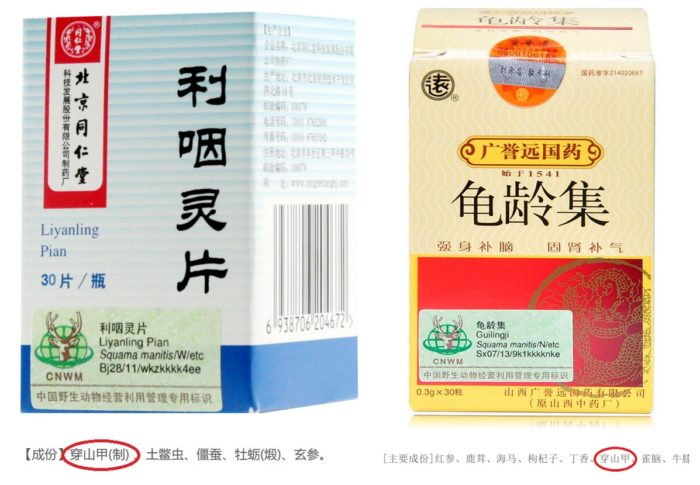 Clearly, the trade in pangolin scales in China is still legal and active.

It is encouraging that an overwhelming majority of Chinese people are in favour of stopping wildlife consumption in the country. With such a strong public momentum, the Government must not miss this opportunity to completely ban the use of globally threatened species, including in TCM and commercial breeding.

As China’s Wildlife Protection Laws are under revision, EIA has submitted a detailed analysis of the revision draft with specific recommendations.

The Government of China still has a narrow window left to take heed of such concerns and uphold its commitments on biodiversity conservation.