Since revelations in 2013 that the Laos Government was issuing paperwork for the import and export of wildlife in contravention of the Conference of the Parties to the Convention on International Trade in Endangered Species (CITES), there has been very little progress in Laos in relation to tiger farms.

At CoP17 in 2016, Laos’ announcement that it intended to phase out tiger farms was welcomed by CITES Parties, particularly since all tiger farms in Laos have been linked to illegal trade.

But instead of investigating the facilities implicated in illegal activities, in 2018 the Government of Laos issued an order allowing the conversion of existing tiger farms to safaris and zoos for “conservation, tourism and scientific purposes” – and the number of tiger farms has since increased while existing operations have expanded. 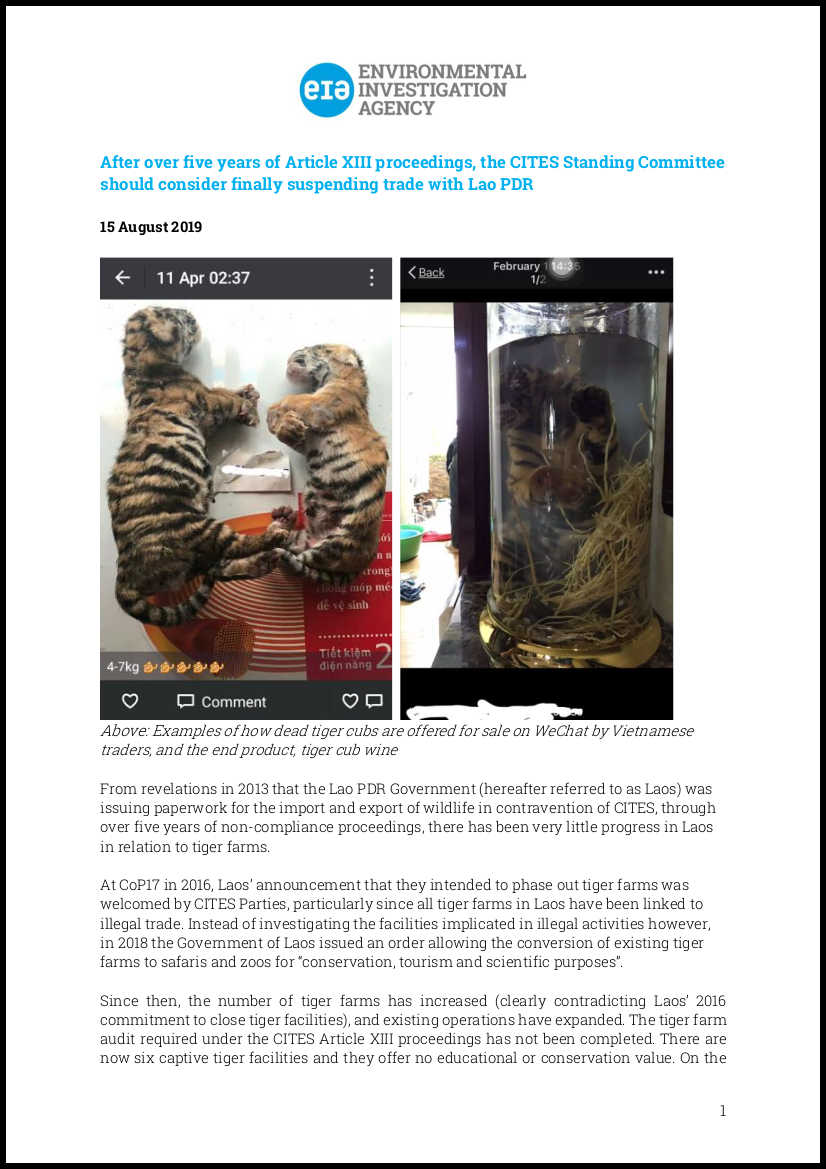