Corrupt Government officials and military personnel in Vietnam are complicit in smuggling huge quantities of illegal timber from Cambodia.

Those involved are pocketing millions of dollars in bribes from timber smugglers for their part in allowing hundreds of thousands of cubic metres of logs stolen from Cambodia’s National Parks to be laundered into Vietnam’s voracious timber economy.

This report was released just days before Vietnam and the European Union (EU) were due initial an agreement seeking to ensure only legal timber is exported from Vietnam. 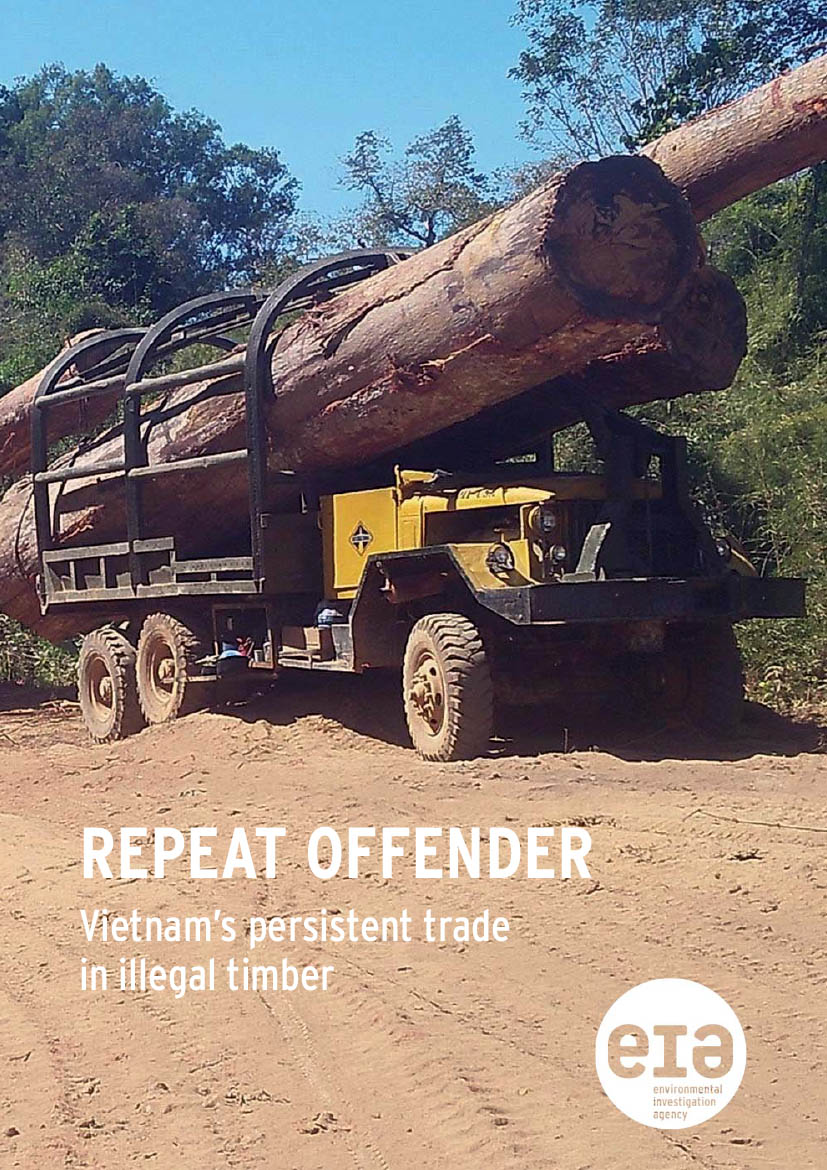