EIA briefing to the 26th Meeting of the Montreal Protocol in Paris on the illicit trade in the smuggling of ozone-depleting substances.

Far from going away, the threat of black market ODS looms greater than ever and this briefing brings together analysis of trade and emissions data, recent reported seizures and a look at the global refrigerant and feedstock market to highlight some key areas of concern which need to be addressed by the Montreal Protocol.

The briefing also draws attention to alarmingly high atmospheric concentrations of carbon tetrachloride, a highly toxic ODS whose use for emissive purposes was banned in 2010. 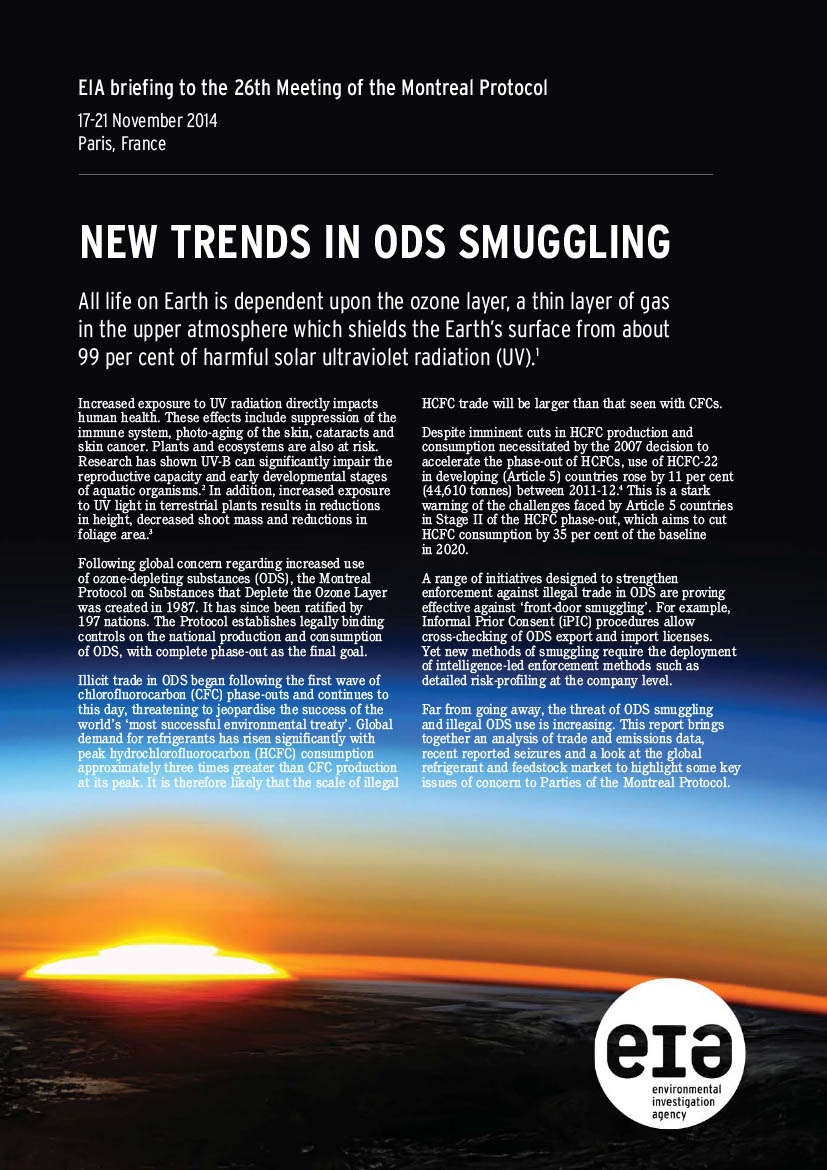