African pangolins continue to face an unprecedented threat from the transnational trafficking of their scales. This is primarily driven by demand from China, where the scales are used in Traditional Chinese Medicine (TCM), both legally and illegally.

The Chinese Government, through its Belt and Road Initiative, is promoting the expansion of TCM supply chains and markets on the African continent. Such expansion carries significant risks for biodiversity and, unless carefully managed, has the potential to contribute to the worsening of the trafficking crisis facing globally threatened wildlife such as pangolins.

In this report, EIA investigates the case of Chinese national Ma Jinru (‘Ma’), who moved to the East African country of Uganda in 2013 to establish a pangolin trade operation. The activities of Ma and her close associate, wildlife trafficker Smith Ewa Maku (‘Maku’), have on numerous occasions fallen under scrutiny of law enforcement and the media. In 2016, Ma was arrested by the Ugandan authorities for possessing a significant stockpile of pangolin scales, but ultimately there was no further legal action. 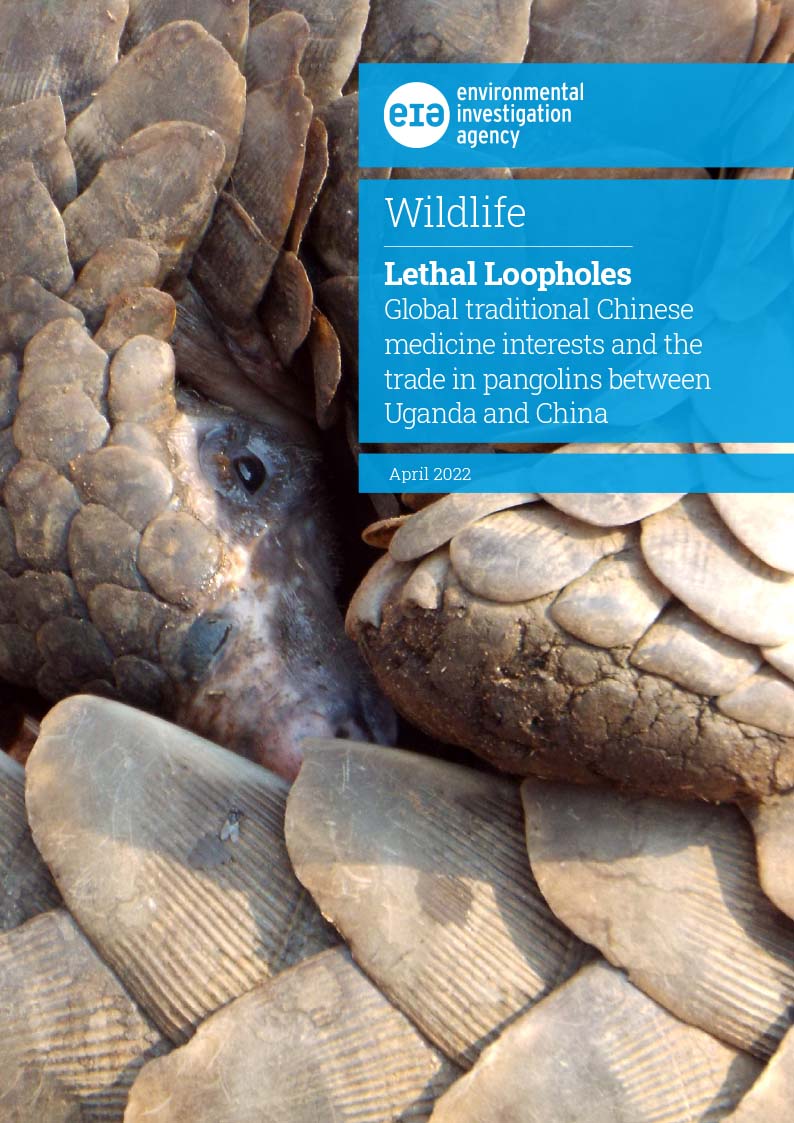