The IWC’s critical role in tackling the impacts of plastic on the world’s whales, dolphins and porpoises

To date, humans have produced about 10 billion tonnes of plastics – half of which has been produced since 2005 and half of which is now in landfill or the open environment. 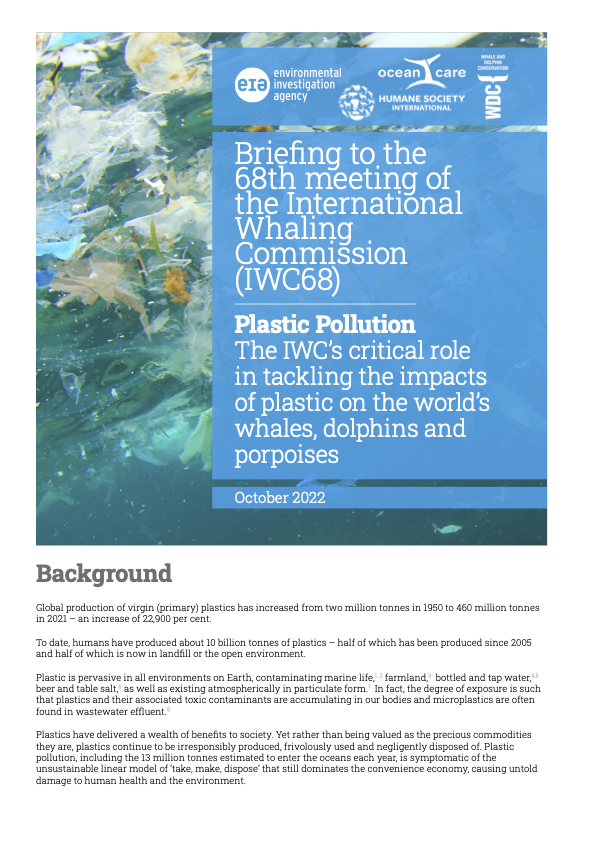