A report on how demand for ivory products is on the rise, with widespread poaching in elephant range states being driven by resurgent market demand in several Asian countries.

A catalogue of seizures in 2002, including the seizure of over six tonnes in Singapore, provides stark evidence of a renewed threat to elephant populations.

We argue that for the for Convention on International Trade in Endangered Species (CITES) to allow further legal sales pf stockpiled ivory against the present backdrop of rising demand and unregulated markets would inevitably lead to history repeating itself with catastrophic rates of poaching. 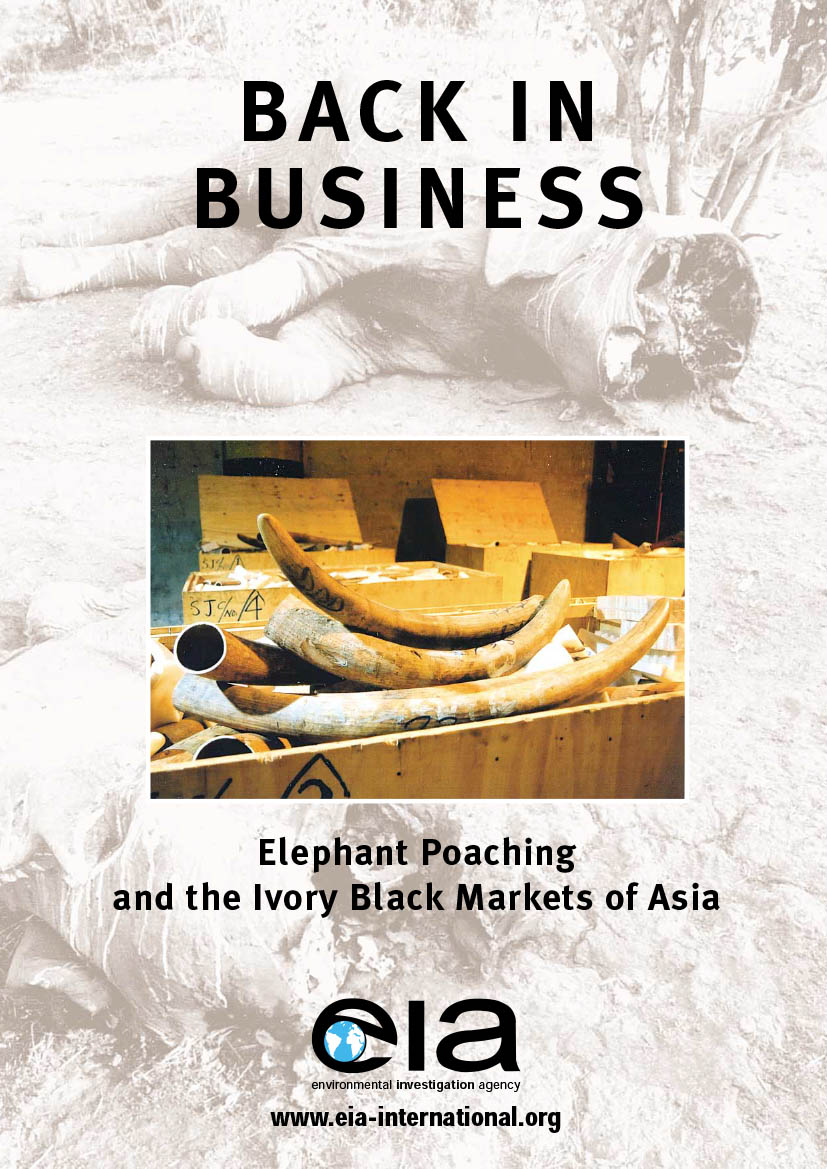