When the Chinese Government banned its domestic ivory trade in 2017, conservationists around the world celebrated a major win for elephants – and it’s long overdue for such a lifeline to be thrown to the world’s imperilled big cats.

If you live in the UK, we ask you to call on your local MP to join our campaigners at an event in Parliament on 2 April 2019 to explore how the UK can work with China to become big cat conservation champions.

Tigers, leopards, snow leopards, clouded leopards, lions and jaguars continue to be killed to meet demand for their parts and products, largely from Chinese consumers, and there is an urgent need for the Chinese Government to tackle demand.

A crucial step is to ban the sale and use of products containing big cat parts, including from captive-bred big cats – a simple move which would send a strong message to consumers and see China heralded as a big cat conservation champion.

Fewer than 4,000 wild tigers survive worldwide, and populations across much of their range are crashing in the face of a poaching crisis – in the past decade, tiger populations have become functionally extinct in Cambodia, Laos and Vietnam. Malaysia recently announced it has fewer than 200 tigers left, a decline from an estimated 500 in 2010, while Myanmar confirmed it has just 22 left.

Despite this situation, in October last year China’s State Council revoked a 25-year ban on the use of farmed tiger bone and rhino horn in traditional medicine, a move greeted with overwhelming opposition from Chinese social media users and which was condemned internationally as a potential death knell for tigers.

Implementation of the new policy has been delayed but it has not been reversed or superseded.

Leopards are Asia’s most traded big cat – since 2000, for every tiger seized from illegal trade, between three and five leopards have been seized. International commercial trade in leopards and their parts has been banned since 1975 and China’s own leopard population has fallen to just a few hundred.

On 2 April 2019, our campaigners will be speaking at an event in the UK Parliament, hosted by the All Party Parliamentary China Group, to discuss how the UK can work with China to end trade in big cats.

We will be joined by Indian conservationist and author Prerna Bindra to give her perspective from the home of more than half the world’s remaining wild tigers. The countries where tigers still survive are calling for the closure of domestic markets for tiger parts and an end to tiger farming – the UK should be supporting these calls and working with China to ensure a future for big cats.

Make your voice heard in the call to end big cat trade – please email your MP to ask them to join the event at 3pm on 2 April in Room O, Portcullis House; your MP should RSVP to Ms Saki Reid. Find out who your MP is and how to contact them via the UK Parliament website.

If you would like more information, please email aronwhite[at]eia-international.org.

Debbie Banks is Our Tigers & Wildlife Crime Campaign Leader and directs our campaign and investigation activities on tigers. She studied Zoology at Aberdeen and has an MSc in Conservation from University College London. Debbie has campaigned on tiger and other Asian big cat conservation issues with us for over 22 years, including documenting illegal trade in big cat skins in China and Tibet as well as tiger trade and farming in Laos. She has led teams to produce dozens of hard-hitting reports and films exposing habitat destruction and illegal trade and in 2018 was presented with the Dr Rimington Award for Tiger Conservation by HRH Prince William, Duke of Cambridge.

Aron White is a Wildlife Campaigner working alongside Debbie, with a focus on big cats and Chinese policy. He studied Chinese at the University of Cambridge and has lived in Beijing and Taipei. Aron’s work with us has covered investigations into transnational organised crime, exposing wildlife crime on social media, analyses of Chinese Government policies and legislation and advocating for stronger laws and enforcement at national and international levels. His work has been quoted in The Guardian, National Geographic, The Ecologist, Bird Conservation International and China Dialogue.

Prerna Bindra has been at the forefront of the battle to conserve India’s wildlife for over a decade. She was a member of India’s National Board for Wildlife and its core Standing Committee (2010-13); she has also served on Uttarakhand’s State Board for Wildlife. Prerna’s primary focus is protecting wildlife habitats and her area of expertise is policy, communications and advocacy. She is a widely published author with over 1,500 articles on nature and wildlife. She also writes travelogues and occasional humour pieces. Her most recent books are The Vanishing: India’s Wildlife Crisis and When I Grow Up I want to be a Tiger, for young readers. She is currently a student of M.Phil in Conservation Leadership at Cambridge University. 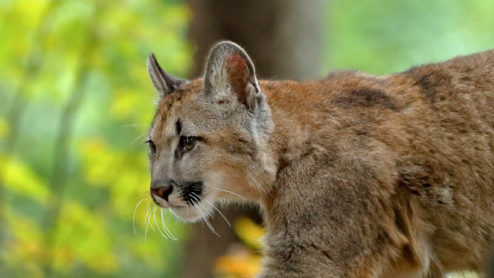 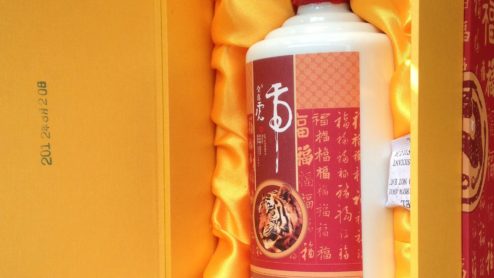