Nine canine teeth seized in Xiamen, China have been confirmed to be from pumas, according to reports in the Chinese media.

The teeth had been discovered last month in a parcel mailed from Peru to China and it appears to be the first reported case of puma canines being seized from illegal trade in China, pointing to a continuing escalation of threats posed to all the world’s big cat species by Chinese demand for their parts.

Demand for tiger canine teeth among Chinese and Vietnamese consumers – who may wear them as jewellery or talismans – is fuelling the illegal killing and trade of not just tigers but other big cat species whose teeth may be passed off as tiger or sold as a cheaper alternative. 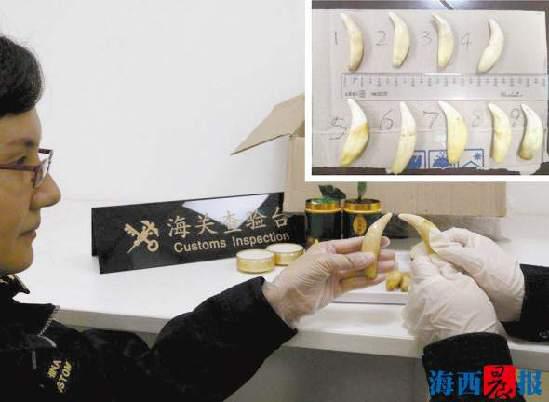 Each big cat has four canines. Our research has documented reported seizures of at least 441 tiger canines and 110 leopard canines since 2010. Going by these figures alone, this would indicate that at least 110 tigers and 28 leopards have been traded since 2010.

However, comparing these figures to seizures of whole animals – represented by skins, carcasses, live animals and taxidermy specimens – we know that at least 1,143 tigers and 1,548 leopards have been seized from trade since 2010, with the true numbers in trade likely far higher.

The huge numbers of big cat canines and claws offered for sale on WeChat and Facebook in South-East Asia, targeting Chinese and Vietnamese consumers, indicate a thriving trade. Evidently, this is a market being largely ignored by enforcement, offering criminals opportunities to reap high profits with little risk.

That the market for tiger and big cat canines is impacting on South America’s jaguars has been well documented and recommendations to address this threat will be discussed at the next Conference of the Parties to the Convention on International Trade in Endangered Species (CITES). Based on seizures of canines alone, a minimum of 171 jaguars are known to have been poached and trafficked between Bolivia and China between 2013-18.

Aron White, Wildlife Campaigner, said: “News that this market is also driving illegal trade in puma teeth should be a wake-up call to all those working in big cat conservation and to the Chinese Government.

“Until demand in the main consumer market is tackled, including an unambiguous ban on any trade in big cat parts from any source and targeted consumer behaviour change efforts, all the world’s big felines are under threat.” 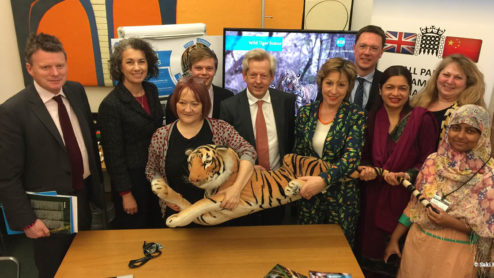