Our Tiger campaigners are encouraged to see recommendations adopted by tiger range countries (TRCs) at the 3rd Stocktaking Conference on Tiger Conservation (PDF) included a strong message calling for an end to tiger farming and the closure of domestic markets for tiger parts.

“TRCs should prohibit all trade, including domestic trade, in tiger parts including from captive-bred sources and amend legislation to prohibit captive breeding of tigers for commercial purpose,” it read.

Countries represented at the conference in Delhi earlier this year were Bangladesh, Bhutan, Cambodia, India, Laos, Malaysia, Myanmar, Nepal, Russia, Thailand and Vietnam; China and Indonesia did not attend.

We fully share the concerns of the tiger range countries that trade, including domestic trade, in the parts of captive-bred tigers poses a major impediment to ending poaching and trafficking (PDF) of wild tigers and, indeed, other big cats whose body parts end up being sold into the same markets.

Consumers can access farmed tiger parts through a number of channels, including online via social media.

“The online trade scene is a big cat conservationist’s nightmare,” said Debbie Banks, head of our Tiger Campaign. “There’s a seemingly unending stream of images of big cat teeth and claws set in gold and silver with gems to be sold as jewellery, tiger skin rugs and wallets, butchered big cat carcasses, numerous brands of tiger bone wine and even video of a tiger being skinned in someone’s property. It’s horrific.”

So long as governments of countries where tiger farms exist – such as China, Laos, Vietnam, Thailand and even South Africa – fail to take decisive action by phasing out such operations and destroying stockpiles of body parts, business interests will continue to expand operations, illegally, and in some cases legally, feeding and stimulating that market demand.

Meanwhile, organised criminal networks continue to profit from poaching and trafficking wild tigers in south and South-East Asia, especially as many consumers prefer the bones of the ‘king of beasts’ from the wild.

Last year, China announced its intention to fully reopen domestic trade in farmed tiger bone and rhino horn and then delayed it. It’s precisely that environment of ambiguity that has allowed state-owned farms and private businesses to flourish, filling their freezers with tiger carcasses and tapping in to their friends in Government.

“They’re playing the long-game,” added Banks. “They tried in 2005 and succeeded in getting licences to sell the skins of captive-bred tigers to taxidermists who in turn were selling them on commercially to private collectors and some businesses were allowed to use captive-bred tiger bone for ‘medicine’ under a Government-sanctioned pilot project. The State Council Order last October was the latest outcome of the business lobby’s efforts.”

With an injection of real political will, China could lead the way in eliminating demand for tigers and other big cats by following best practice in tiger range countries such as India, which has over half of the world’s remaining tigers, no tiger farms and strong laws prohibiting domestic trade.

The 18th Conference of the Parties (CoP18) to the Convention on International Trade in Endangered Species (CITES) is just around the corner and an opportunity for China to support proposals from India and take whatever action is necessary to close its domestic market for tigers and other big cats.

Our campaigners will be at CoP18 and we have published comments on a number of the proposals to be considered. 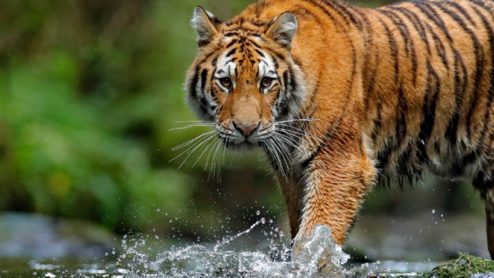 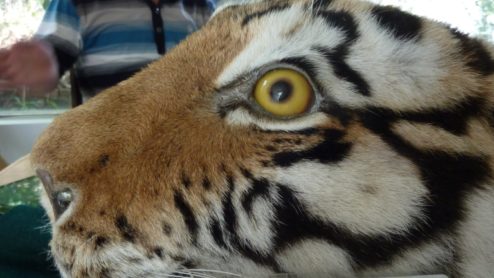