The UK Government has today (18 November) made a landmark announcement to support a global agreement to tackle plastic pollution.

Speaking at a virtual World Trade Organisation event held online from Geneva, the Rt Hon Lord Goldsmith, Minister for Pacific and the Environment at the Foreign, Commonwealth & Development Office and the Department for Environment, Food and Rural Affairs, ended concern about the UK’s silence on the issue by announcing support for it.

The announcement comes hot on the heels of an international meeting last week, held under the auspices of the United Nations Environment Assembly, in which more than half the countries in the world expressed support for a global agreement to tackle plastic pollution

The London-based Environmental Investigation Agency (EIA) has been at the forefront of international calls to create a global treaty on plastic pollution, mapping out what such an agreement might look like and collaborating with delegates from regions around the world.

Tim Grabiel, EIA Senior Lawyer, said: “We are delighted to see the UK take this significant step. The UK Government is well positioned to lead global efforts and throw its political weight behind an issue so close to the hearts of the British public.

“We’re now hopeful that the US and Canada will join its allies and support a global – and legally binding – treaty on plastic pollution.”

As the host of G7 and the UN Climate Conference (CoP26), in addition to being current Chair in Office of the Commonwealth, the UK is in a position to lead global discourse on combatting plastic pollution and unite nations behind this common cause, which two-thirds of countries already support but for which key countries remain unconvinced.

Grabiel added: “It has become clear that maintaining the status quo of plastic production and pollution is not only untenable, it would have catastrophic implications for the planet– a global plastics agreement is the only option to ensure the long-lasting protection of our oceans, habitats and health.” 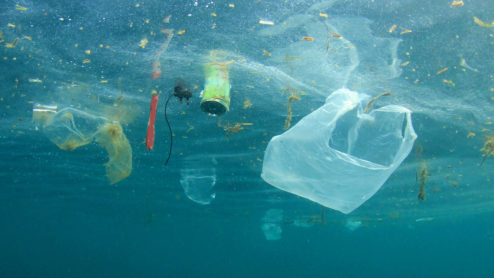