Despite contributing less than 1.3 per cent of the mismanaged plastic in the world’s oceans, Pacific Island Countries and Territories are one of its main recipients.

The Great Pacific Garbage Patch is the most famous example in the world, a 1.6 million km2, 79,000 tonne mass of floating plastic debris in the North Pacific, comprised predominantly of discarded fishing gear.

The threat of this plastic pollution to smaller island countries cannot be underestimated as the economies they rely on such as tourism and fisheries bear the brunt of its impacts.

On Thursday (19 August) EIA, together with a group of regional partners, convened a webinar Laying the Pacific Building Blocks for a Global Agreement to Combat Plastic Pollution. 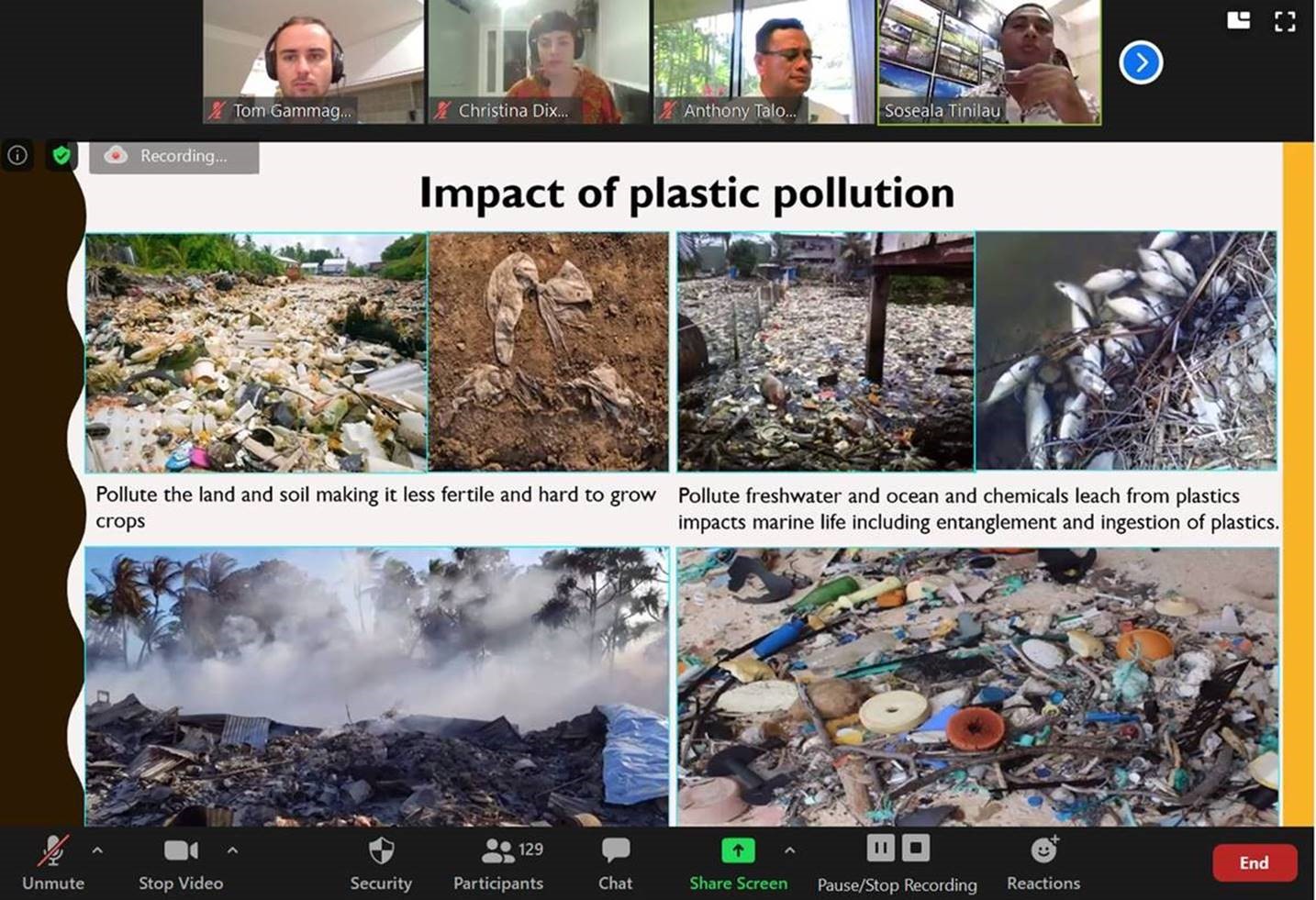 The session was attended by more than 150 participants from around the world and included high-level presentations and interventions from Fiji, Tuvalu, Vanuatu, Tonga, Palau and the Secretariat of the Pacific Regional Environment Programme (SPREP), in addition to presenting brand new research on the legislative framework for tackling plastic pollution in the region.

EIA’s briefing, Islands of Opportunity, provides further detail on the extent of this challenge. 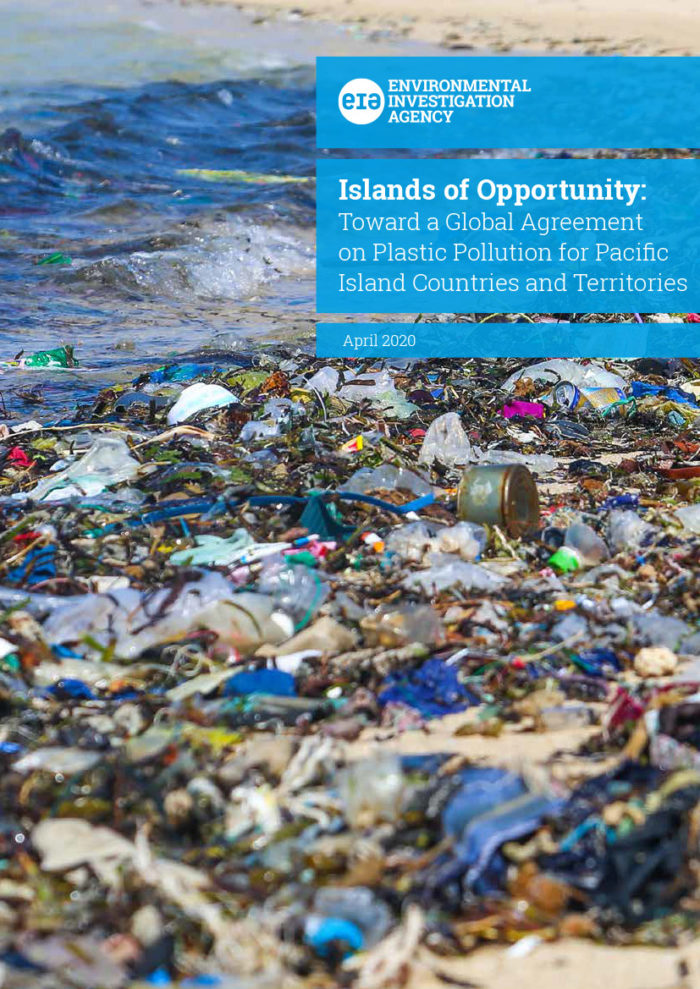 During the webinar, participants heard from representatives from Fiji and Tuvalu’s Ministries of Environment about the national challenges surrounding plastic waste, from open burning dumpsites to chemical leaching, crop infertility and the destruction of pristine beaches.

Despite the problems, they also shared experience of national policy approaches such as plastic bag levies, bans on single-use plastics and co-operating with other countries to share resources, knowledge and approaches to tackle this inherently transboundary problem.

They were joined by the representative of SPREP, who identified the needs and opportunities for coordinating approaches to plastic pollution at the regional level and the intersections with the climate emergency, which poses a grave threat to the Pacific.

Delegates from Vanuatu and Palau, who represent their countries at the International Maritime Organisation in London, also made interventions to demonstrate how a group of Pacific Island countries were leading the global discussion on plastic waste from ships within the United Nations system and bringing their unique perspectives and experiences to drive international action on topics such as fishing gear pollution. The example provided a rallying call for Pacific Island countries wanting to demonstrate their collective strength in other international fora.

Tonga’s ambassador to the UN also joined the discussion to highlight the need for a global treaty to combat plastic pollution, underscoring the work being done at the national level to ban harmful plastics and echoing the timeliness of this conversation. 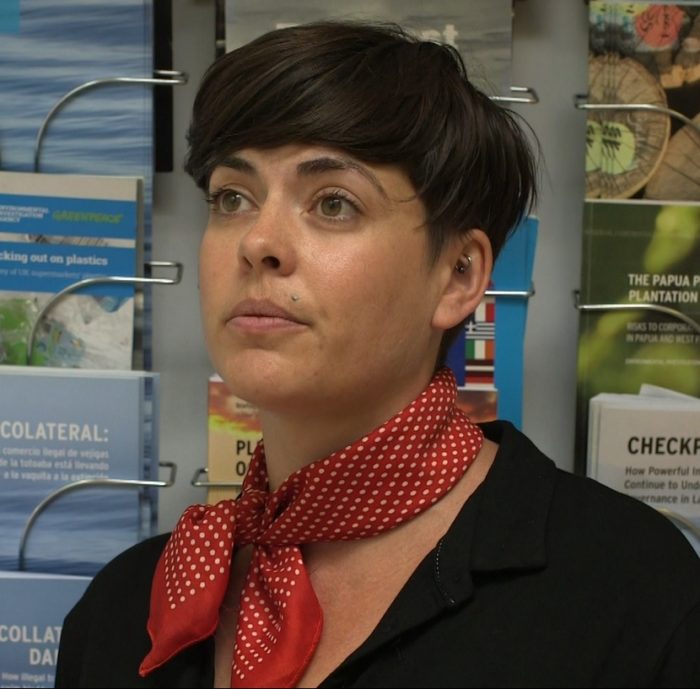 Christina Dixon: “A global convention will be a critical tool for beating plastic pollution”

Christina Dixon, EIA Senior Ocean Campaigner, moderated the session and said afterwards: “It was inspiring to witness such a thought-provoking discussion about how Pacific Islands, though small as individuals, can present a powerful collective voice in global fora.

“A global convention will be a critical tool for beating plastic pollution, but it’s essential these regional leaders have their voices heard and that a future plastic pollution convention reflects the unique perspectives and needs of Pacific Large Ocean States.”

The webinar served as a springboard for sharing knowledge and ideas ahead of a significant regional coordination meeting taking place next week as part of the formal UN Environment Programme expert working group discussing the global response to marine litter and microplastics.

As mentioned by SPREP, Pacific Island countries are not drowning, they are fighting – and it’s time to bring that fight to the global arena to secure an ambitious and coordinated framework for addressing plastic pollution at the international level.

* Find out more about a global agreement to combat plastic pollution in our report. 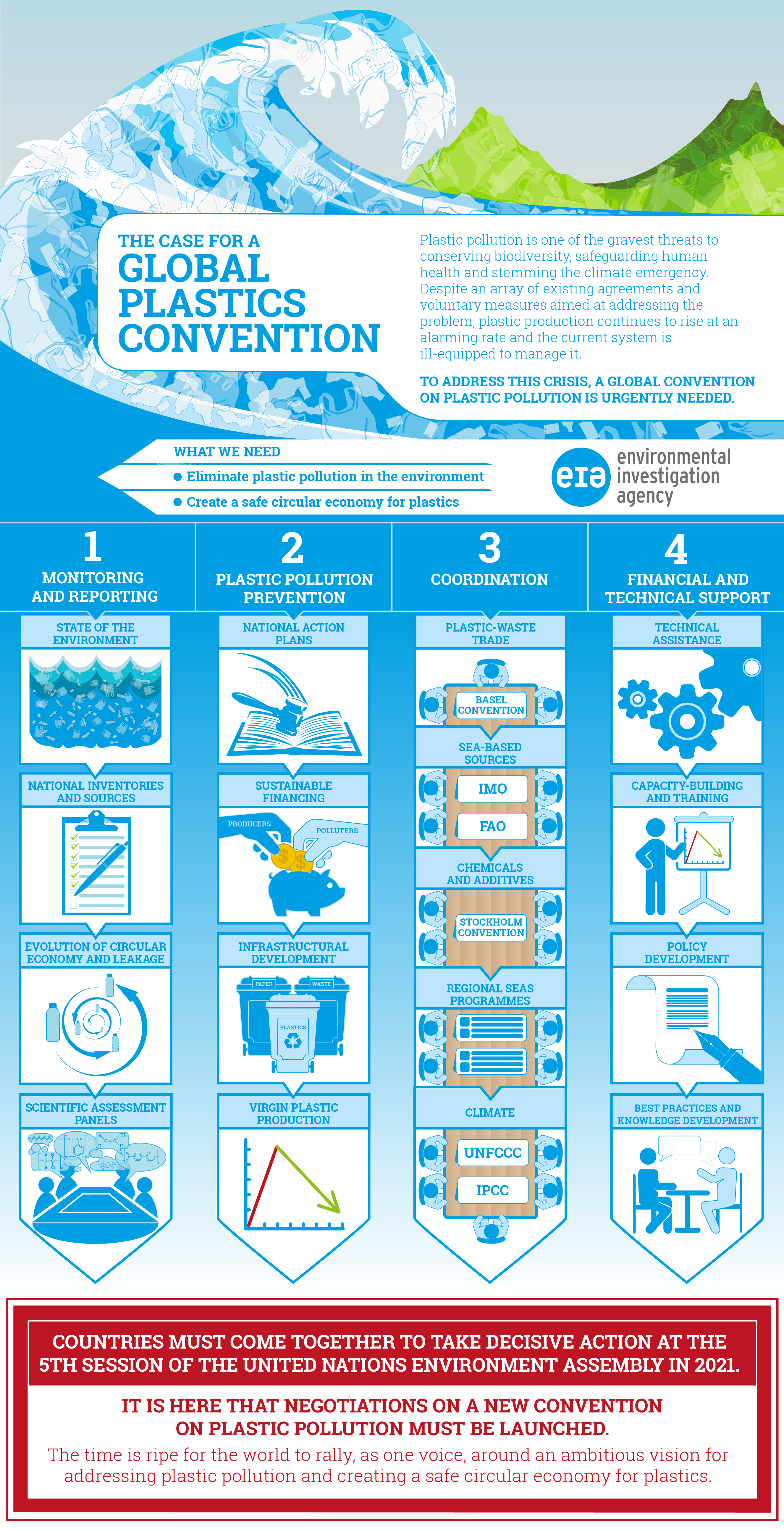 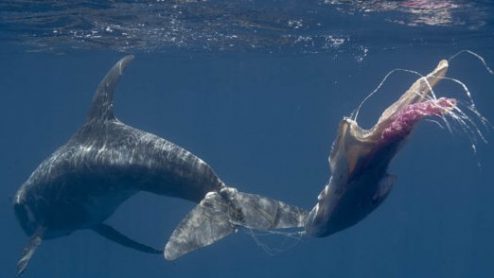