The seizure of a huge shipment of wildlife contraband in Nigeria is a prime opportunity to dig deeper and expose the companies and individuals involved.

On 21 January, Nigeria Customs Service confiscated a total of 8.8 tonnes of elephant tusks, pangolin scales and bones from endangered wildlife species being shipped to Vietnam. 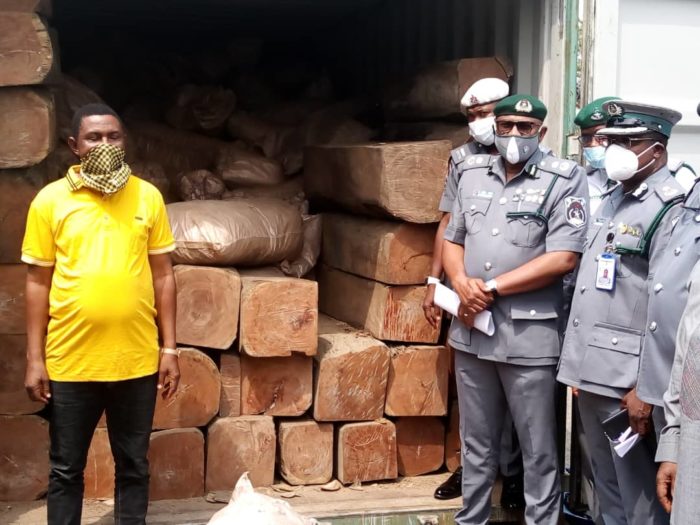 The haul was concealed in a 20ft container falsely declared as furniture materials at Apapa port, in Lagos.

When the container was opened, customs officials found logs stacked at the front concealing 162 sacks of pangolin scales and 57 sacks of ivory plus the bones of other species.

A senior Customs official said the consignment was en route to Hai Phong, in Vietnam.

One suspect, Felix Oname, has reportedly been arrested following the seizure for his alleged role as a shipping agent and we hope customs and other agencies act in a responsible and effective manner to obtain further intelligence and disrupt and deter wildlife trafficking through Apapa port.

The seizure is the latest to demonstrate the major roles played by Nigeria and Vietnam as, respectively, the world’s largest export hub and import hub for ivory and pangolin scales.

Last month, EIA investigations revealed how Nigeria has emerged as the world’s primary exit point for ivory and pangolin scales trafficked from Africa to Asia. 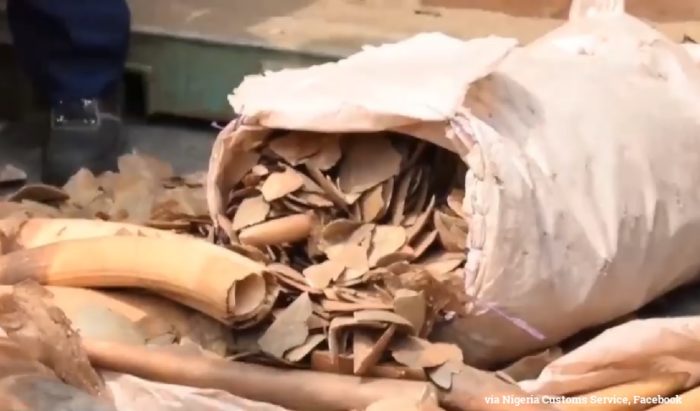 Since 2015, the West African country has been implicated in more than 30 tonnes of ivory and 167 tonnes of pangolin scales seized globally – the equivalent of at least 4,400 elephants and 167,000 pangolins.

Meanwhile, in 2018 and 2019 alone, Vietnamese Customs seized at least 22 tonnes of pangolin scales originating from Nigeria.

While the effort of Nigeria Customs in intercepting this major haul is welcome, what happens next is even more critical because seizures of wildlife contraband present valuable opportunities to conduct intelligence-led investigations into the companies and individuals implicated in the shipment.

However, in reality it is all too often the case that law enforcement ends with the seizure and there is no further follow-up. EIA’s December report Out of Africa demonstrated the serious gaps in law enforcement efforts, exacerbated by corruption fuelling ivory and pangolin trafficking in West and Central Africa. 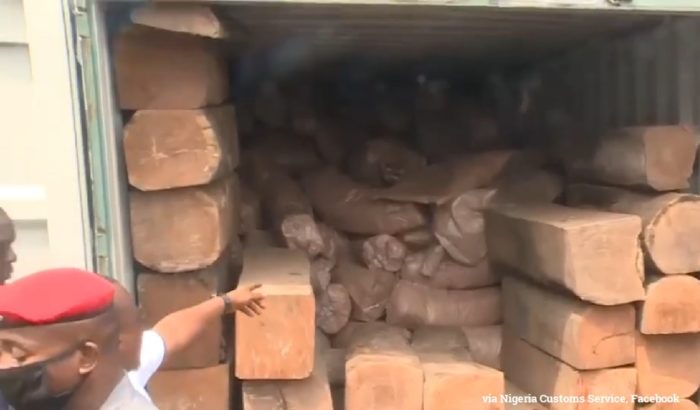 The huge quantities of ivory and pangolin scales seized on the Nigeria-to-Vietnam shipping route over the years indicates there are significant vulnerabilities in the capability of law enforcement agencies to disrupt the trafficking networks operating between the two countries.

As wildlife criminals cooperate across continents to exploit this trade route, there needs to be better collaboration and urgent action from both Nigeria and Vietnam to protect the last remaining populations of pangolins and elephants in West and Central Africa. 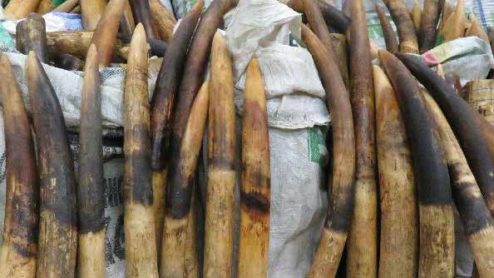 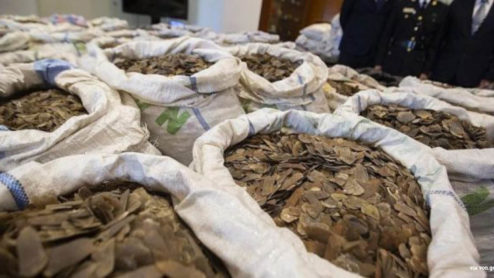