West and Central Africa have emerged as major sourcing and export hubs for the illegal trafficking of elephant ivory and pangolin scales to Asia.

Out of Africa details how endemic corruption, weak or absent rule of law, low levels of development and hotspots of armed conflict have left the region wide open to exploitation by well-organised transnational criminal gangs.

Since 2015, Nigeria has emerged as the world’s primary exit point for ivory and pangolin scales trafficked from Africa to Asia. During the past five years, it has been implicated in global seizures of more than 30 tonnes of ivory and 167 tonnes of pangolin scales – the equivalent of at least 4,400 elephants and many hundreds of thousands of pangolins. 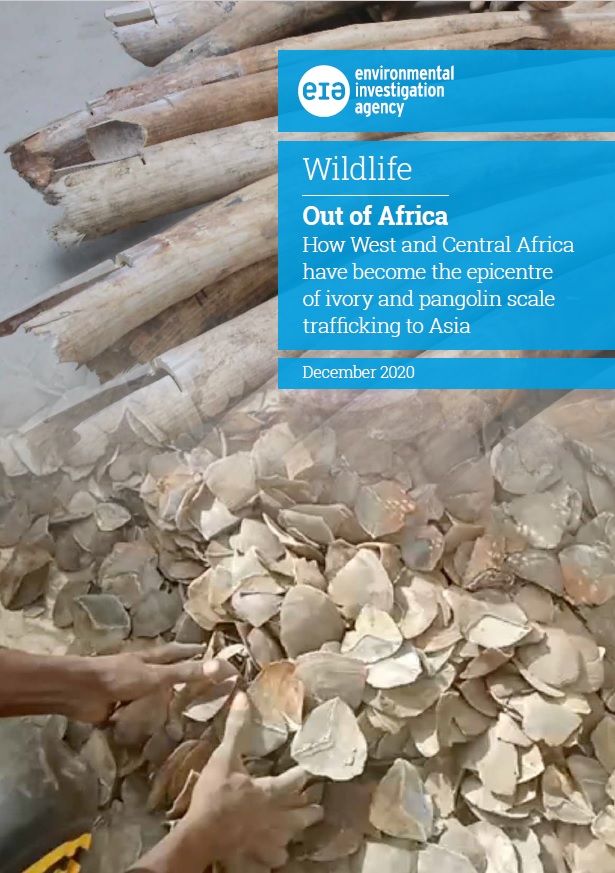