The rhino is under siege – again*. Poaching and the smuggling of their horns has now been acknowledged as out of control. This is evidenced by the flurry of information from the field – particularly from South Africa (SA). Emails and text messages come in pretty much on a weekly basis.

Last night I received a text that reads: “pregnant white rhino cow shot 6-8 days ago @ Loodswaai GR, Cullinan.  Both horns removed…”  Loodswaai Game Reserve is not far from Pretoria, and boasts a luxury lodge. One assumes it’s well resourced and policed.   It’s like watching a juggernaut spiralling out of control in slow motion. 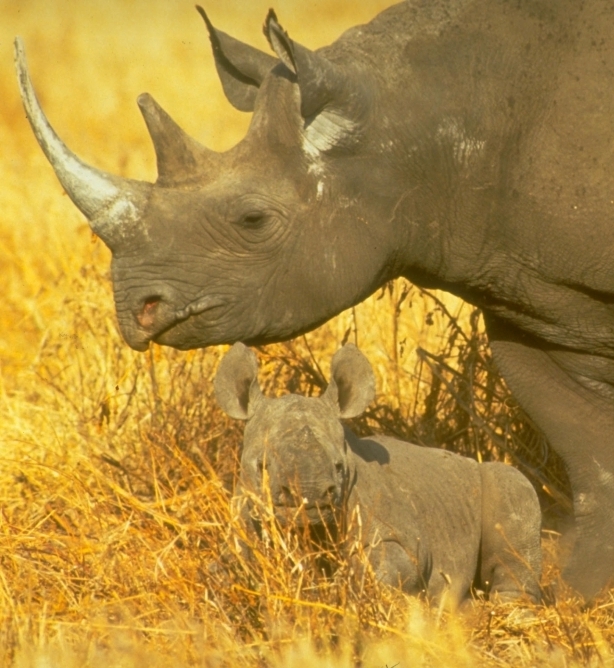 Check out the figures: in 2000, 7 rhino were poached in SA; in 2010, 333 were poached. So far this year, we’re looking at a running total of around 162.  That’s about one a day. The South Africans themselves have said they are struggling to cope – are not coping, in fact.  Despite bringing in the army and the police to help, they are now recruiting more rangers. South Africa is not alone.

Kenya has also seen a spate of poaching.  When I visited last month sources claimed that poachers were being commissioned to get rhino horn for as much as $25,000.  That’s a lot of money in a country where 60% of the population live on less than $1 a day.   And the penalties?  Trifling: as far as the poor guy struggling to feed his family is concerned, it’s well worth taking the risk. Many have – and have also paid the ultimate price. Poachers in both Kenya and South Africa have been killed – 14 in South Africa this year alone.  The real criminals, the middlemen and bosses of the organised criminal syndicates that perpetrate the crimes, continue to operate with impunity.

Last week the Ivory and Rhinoceros Enforcement Task Force of CITES (Convention on the International Trade in Endangered Species) met to discuss how to combat the organised syndicates that target rhinos and elephants.  The message coming out of the meeting is that there is an urgent need for a coordinated effort at a national and international level.  It’s a bit like listening to a broken record and while we talk around the houses, it’s business as usual for the Mafioso types who are raking in the dosh – and another step towards annihilation for the beleaguered pachyderms.  Actions speak louder than words, but action seems to take an age.  The message is also confused.  Dawie Groenwald, a game farmer from Limpopo province in SA was arrested last year – along with eleven others –on charges relating to rhino poaching.  The case, still pending, has captured world attention: a criminal syndicate in action.  Yet the bail for Groenwald, the alleged leader of the group, has been reduced from R 1 million (about US $140,000) to R 100,000 (US $14,000).  What does that say?

As for where the horn is going – and why?  Don’t get me started…

* In 1992 EIA led a campaign to ban the trade of rhino horn used for traditional Chinese medicine. Taiwan was arguably the largest east-Asian market for rhinoceros horn, and horns were openly displayed in the windows of traditional pharmacies, giving the impression that buying and using rhino horn was an acceptable activity. Four days after we launched a boycott of Taiwanese goods, the Taiwan government announced a ban on domestic rhino horn trade and within months there were reports that the poaching of rhinos across Africa had decreased.  Further undercover  footage of one tonne of rhino horn in China – at least 330 dead rhino – prompted China to take enforcement action on domestic rhino horne trade.

Following intense pressure from the NGO community and widespread publicity, the Taiwanese authorities clamped down on rhino horn sales, While the reduction in poaching may have resulted to some extent from increased anti-poaching effort in some range States, consumer education and effective enforcement in Taiwan played a significant part in reducing the poaching pressure on rhino populations at that time.