On return from the International Tiger Forum, away from the celebrities, the press and the hype,  Debbie Banks reflects on where the tiger is left after St Petersburg.

“No matter how pragmatic your strategy, how robust your evidence or how loud you shout; at the end of the day when it comes to saving wild tigers, it’s down to the political will of the leaders of the countries that tigers live in. They’re the ones that can direct resources towards policies, projects and operations that will lead to more effective enforcement, community engagement and prevent habitat destruction.

There’s never been a high level summit for the tiger before and Prime Minister Vladimir Putin really set the tone of the summit by talking about the value of the wild tiger, the forests it lives in and what that means for humanity.

He and his counterparts, China’s Premier Wen Jiabao, Bangladesh’s Prime Minister Sheikh Hasina, Nepal’s Prime Minister Madhav Kumar and Laos PDR Prime Minister Bouasone Bouphavanh all talked about the need to work together to save the tiger and end the tiger trade, with Wen committing China to “vigorously combat poaching, trade and smuggling of tiger products”. Music to our cynical conservationists’ ears. 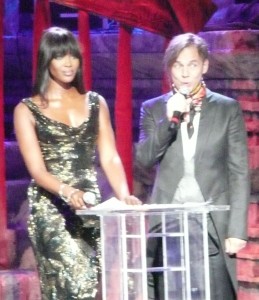 The summit closed with a star-studded event hosted by Russia’s no.1 rock star Ilya Lagutenko and Naomi Campbell, with musicians from Malaysia and China. Putin spoke again about the tiger, from the heart and with humour, praising Leonardo DiCaprio for being a “real man” to persist in his efforts to get the concert despite two aircraft-related near-disasters. And one of the tiger’s real heroes, forest inspector, Anatoly Belov was honoured for his tiger protection efforts.

Earlier in the week the technical nitty gritty arising from 12 months of discussions was concluded with the formal adoption of the Global Tiger Recovery Program (GTRP), and the formal launch of the International Consortium for Combating Wildlife Crime (ICCWC).

With a shortfall of $350m to implement the GTRP and ICCWC, tiger range countries had arrived in St Petersburg expecting the international community to put the money on the table; apart from India, which is investing well over a $1bn in tiger conservation over the next five years.

In the same week that an $80bn bailout was announced for the Celtic tiger, the donor community squirted out a measly $332m to save Asia’s tigers. It’s a paltry sum and much of it tied to climate and forest-related activities, some of it is in the form of loans, and only a little of it available for emergency enforcement responses. Nonetheless, it’s a start. It’s what happens now that the summit is over that is really important. 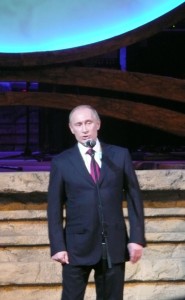 Of course, there are immediate actions governments can take that are low cost and will go a long way to reversing the tigers fortunes. We believe that if the leaders take the following steps it will instil confidence in the public and donors that this Year of the Tiger marks that much-needed gear change in political will; which in turn could generate more financial support.

1) As a matter of priority, the leaders of tiger countries must broadcast a message to the nation, declaring their commitment to double the tiger populations and engage their public, the entire government and industry in the task. This would be a sign that the promises made in St Petersburg were real, and it won’t cost them a penny. 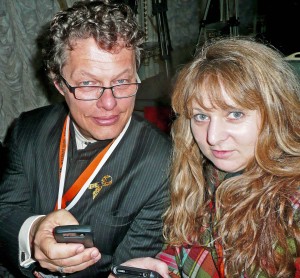 2) The leaders can demonstrate their commitment to ending the tiger trade by:

3) The leaders can send a clear signal to consumers of tiger parts that there will be zero tolerance on trade and they can remove any reason for speculation on the part of tiger farmers by:

Come and hear more about the summit from EIA, Born Free and WildAid, and how together we can turn words into action at the Saving Wild Tigers Forum on 7th December, 8.30pm at the Royal Geographical Society, 1 Kensington Gore, London, SW7 2AR.