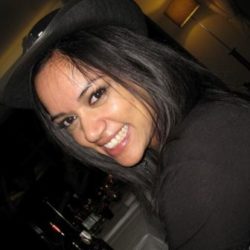 Animal lovers around the world gasped in horror last week as events unfolded in Ohio.

I was horrified to switch on BBC News on the Wednesday and hear of the massacre, in which dozens of animals which had apparently escaped from a private zoo in Zanesville were shot dead by police.

The newsreader warned that the images in the report may disturb viewers, but I was compelled to continue watching. A devastating image appeared on the screen, showing the carcasses of lions, tigers and bears spread out on a field, discoloured and lifeless, many of their faces expressing the anguish they felt as they died.

All of the deaths were tragic, but the most heartbreaking revelation was that 18 Bengal tigers were among the dead. The Bengal tiger is critically endangered, with approximately 1,300 left in the wild, and EIA is constantly campaigning to protect them. Also killed were 17 lions, one wolf, six black bears, two grizzly bears, one baboon and three mountain lions.

As further details emerged, it was reported that the owner of the preserve had set the animals free before killing himself. The man was a recently released prisoner by the name of Terry Thompson, who had served one year for the possession of unregistered guns and was let out just a month ago.

But that wasn’t all. The authorities had pulled him up on two occasions for his keeping of animals. The BBC reported that in 2005, Thompson was sentenced to six months’ house arrest for cruelty to animals, among other charges. The police found three cows and a buffalo had starved to death on farmland belonging to him, according to a Zanesville Times-Recorder article at the time.

Also, a neighbour, whose father’s house was next to the farm, said she had often witnessed escaped animals, including camels grazing by the side of the freeway.

Although Thompson always managed to provide excuses, a federal agent visiting his house in July told the BBC that the inside of his home was so messy and foul that officials found it difficult to search for firearms. 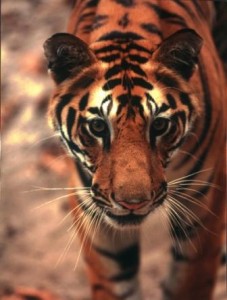 If nothing else, the tragedy has exposed the poor regulations in place across many states in America regarding the possession of exotic animals.

Born Free USA has stated that the US has millions of exotic and endangered animals in captivity – from tigers, cougars and monkeys to alligators and snakes – in roadside zoos, private homes and menageries. And Ohio has the weakest legislation in place for the safekeeping of these animals.

Ohio Law states that persons in the state possessing non-domestic animals do not need to obtain a permit.

In 2010, National Geographic reported that for every tiger or lion trapped in a zoo, “there may be as many as 10 privately owned” in the US.

The detrimental effects of keeping these animals include harm to people’s health from the spread of diseases that exotic animals can easily carry, danger of the wild animals attacking their owners and the welfare of the animals themselves.

The private keeping of these animals is completely different to owning a domestic pet such as a cat or a dog. The majority of people are unable to provide the adequate environmental or social setting, let alone attend to the emotional wellbeing of such exotic creatures.

Born Free USA has a database comprising 1,600 incidents nationwide of wild animals attacking their owners or their owners’ children. Often the animals are destroyed, when they should not have been kept in such unnatural conditions in the first place.

Also, some observers have claimed there is no way of knowing what happens to the bodies of the animals once they have died and whether they end up in the illegal multi-billion dollar wild animal products trade.

The Convention on the International Trade in Endangered Species of Wild Flora and Fauna (CITES) moderates the trade of some exotic animals around the world to prevent any threats to their survival and ecological damage. However, a BBC report has questioned the credibility of its work as it has been accused of not dealing fairly with species of high commercial value.

It’s a tricky situation faced by animal activists: the animals should be kept in the wild as nature intended, but captive animals, such as tigers and lions, cannot be released into a wilderness they have never known and in which they will be unable to fend for themselves. In fact, their partial domestication in captivity may lead them to fall into the traps of poachers.

The incident in Ohio highlights the urgent need for many US states to tighten their regulations on the possession of exotic animals and closely monitor those already kept in zoos and backyards. They also need to discourage the desire to keep a wild animal, because once the novelty wears off many of the creatures find themselves neglected or destroyed.

The possession of exotic pets indicates an irrational desire by some people to seize and control an extraordinary animal, instead of marvelling at its freedom in the wild. And for the animals which exist in the wild, organisations such EIA are faced with the deadly greed of those involved in the illegal animal trade.

Respect for all living beings seems sadly lacking in the world. A simple solution appears to have become so complex: if human beings could be content with who they are and what they are able to have, the world would be a far better place for all.