Green electricity didn’t exist in the world back in 1996. When Ecotricity offered it for the first time, it became not just Britain’s but the world’s first green electricity company, kick-starting the now-global green energy generation industry.

Ecotricity’s mission has always been to change the way electricity is generated and used in Britain, challenging the non-renewable energy generators and the business models of the Big Six suppliers. 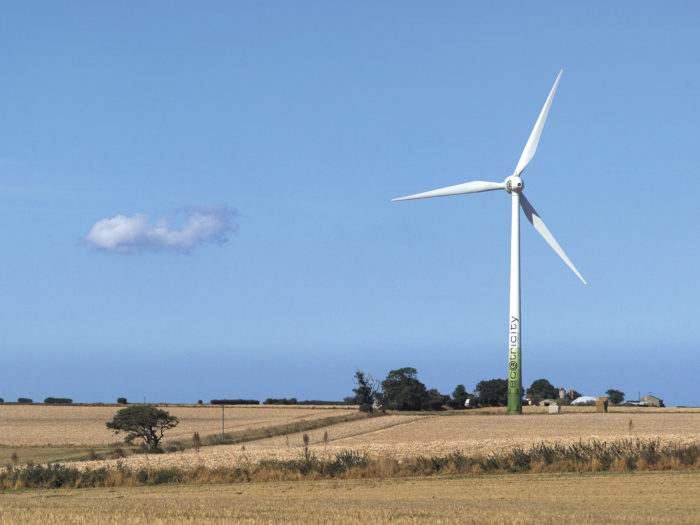 I switched my energy supplier to Ecotricity when EIA first became a partner several years ago, particularly encouraged that EIA would receive a donation as a result and that by switching I would be supporting the development of renewable energy generation. Living a few miles from Swaffham, I am always inspired by the two majestic Ecotricity wind turbines that tirelessly generate my energy. 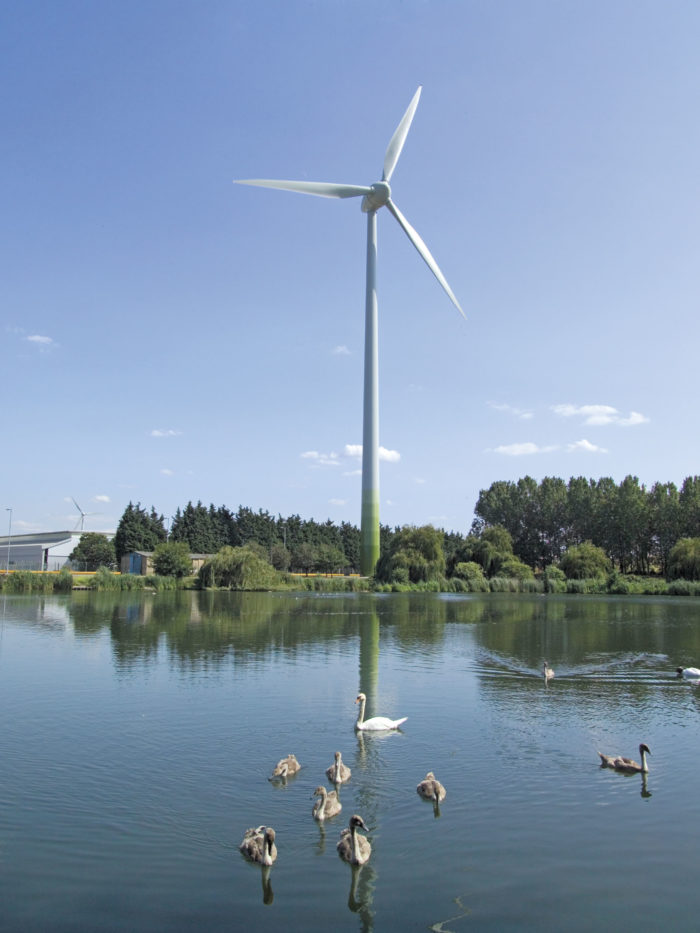 As a customer, I have been pleased with the service provided, the fair and simple pricing – one price for electricity and one for gas. Its communications are good and I am happy to be able to be part of Ecotricity’s ambitions to make a difference for its customers and our precious environment.

I also follow Ecotricity on Facebook, which gives easy access to the blogs and articles that founder Dale Vince has written and the pioneering actions the company takes to achieve its ambitions, separating it from the more traditional energy suppliers. His recent blog relating to the ending of subsidies for onshore wind generation exposes a grossly unfair bias towards subsidies for non-renewables that will continue to harm our planet and increase global warming, habitat destruction and pollution.

Last week, with colleagues Ben Stallworthy and Lynne Davies, I attended the Ecotricity Partners Day at its Green Britain Centre, in Swaffham, Norfolk. We began with a 305-step climb to the viewing platform at the top of one of the turbines, revealing glorious panoramic views over the countryside. This turbine is situated in the veritable wilderness of Ecotricity Green Britain Visitors Centre where hedgehogs, skylarks and many other species have taken up residence. The Centre itself provides opportunities for the public, including school children, to learn about three big issues of energy, transport and food.

Refreshed by our workout, we were given a warm welcome by the Ecotricity Team including Helen Taylor, Trustee of the Green Britain Foundation, and had an opportunity to meet people from other Ecotricity partner organisations working across a wide range of areas including environment, education and community programmes.

It was exciting to discuss their work and have the opportunity to think creatively about possible cooperation with some of them. After introducing EIA, I talked specifically about our work to tackle the growing threat of marine litter and our efforts to reduce plastic waste. It was enthusiastically agreed that we all need to work together to reduce our consumption of plastics, including bags and drinks bottles, and to clean up litter in towns, countryside and on beaches.

Helen presented Ecotricity’s 2030 Vision for a Green Britain and discussed how Ecotricity plans to work to achieve it. This inspiring document focuses on energy, transport and food, addressing issues such as Quantitative Greening (deploying quantitative easing by the Bank of England directly into the renewables sector) and the Circular Economy. It is well worth a read.

If we are to tackle the threat of climate change and degradation of our environment, we have to work together to end the dependence on ‘ancient sunshine’ fossil fuel industries (coal, gas, oil) and implement strategies that focus on safe, renewable and sustainable energy, transport and food production.

Wildlife filmmaker Simon King spoke passionately about the Simon King Wildlife Project, his concern not only for megafauna in places such as Africa and the devastating threats of poaching and loss of habitat, but also the threats to the environment here in Britain. He had spent some happy hours in the Green Britain Centre garden, exploring and filming what was growing and living there, but worried that outside the perimeter, agricultural practices are severely limiting safe habitats. He noted that if we drive our pollinators into extinction through the use of pesticides and habitat destruction, the human race faces extinction within about half a century. It is a sad indictment that most of the remaining species of plants and animals may thrive without this aggressively destructive human species.

We work so hard at EIA to make a difference, tackling environmental criminals who don’t care about the future of even their own children and working to counter the exploitation and destruction of precious species and habitats. It is inspiring and encouraging to be reminded that there are others out there, including Ecotricity, who want to ensure there is a wonderful world for generations to come. We look forward to working as an active Ecotricity partner to make its vison and ours a reality.

If you would like to switch your energy supplier to Ecotricity, EIA could receive up to £60. Call free on 0800 302 302 (quoting EIA1) or visit www.ecotricity.co.uk/eia.