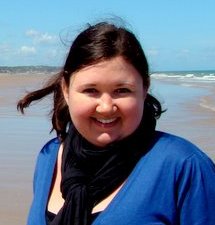 In the aftermath of the Brighton Marathon, we caught up with our amazing runners to ask about their motivations and thoughts on race day, as well as how it felt crossing the finish line after a gruelling 26.2 miles! 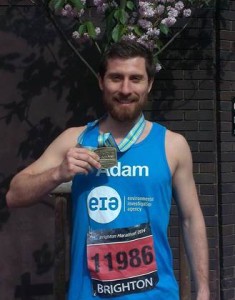 What are your thoughts on the marathon?

“It was a real mixture of pleasure and pain! It was a great event but I really struggled towards the end and I certainly won’t be ordering my official photo – I look like I’m being tortured!” said supporter Adam Lee.

EIA Climate Campaigner Jill Thomson told us that she’d encourage anyone to take on a marathon: “It is such an inspiring day – I would whole-heartedly recommend anyone to take part in it. There’s this general assumption you have to be super fit to take part but you’re swiftly reminded that is not the case when you see people of all ages and running abilities on the day. While not training is ill-advised, it was great to see everyone so determined to support their respective causes and the buzz that created was really infectious.”

Did you set any goals for the race?

Huge congratulations to Adam for smashing his goals on the day with a time of 3h 57m.

“I had set myself a target of sub-four hours based on my shorter runs, and I did manage it despite my brain yelling at me to walk the last few miles!” he said. 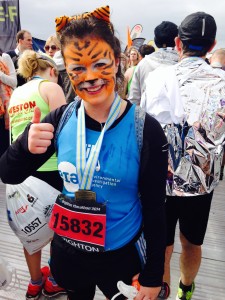 Jill Thomson in her tiger outfit

Jill said: “Owing to a general lack of willpower and personal fitness, I kissed any real time goals goodbye a few weeks before my race and replaced them with two new goals – one, to run the whole way and, two, failing that, just to enjoy the race. Having a back-up goal is a good idea because it meant when you start to dwindle on the last few miles, you can just relax and enjoy the experience. Plus you have more time to high-five the kids in the crowd and steal their sweeties.”

She ran the course with a huge smile on her tiger-painted face and finished in a hugely admirable time of 4h 54m.

What kept you motivated during the race?

Both Jill and Adam told us what a big difference the supporters made along the course, and we were happy to cheer them on during the race.

“It’s pretty hard fighting the urge to slow down or just stop! I had set my targets and wanted to put in a good performance for EIA; your support has been wonderful and I’m really proud to have done at least a bit to help with your work,” said Adam.

Jill said: “My colleagues at EIA and my family and friends gave me a lot of encouragement in the lead-up, and the supporters on the day were absolutely fantastic; people are quick to congratulate you on your efforts after but they don’t realise how much of a difference they make. They are the ones who stand there for hours cheering and waving at people they don’t know – that takes a lot of stamina! As one spectator’s tongue-in-cheek banner read: Hurry up, runners – my arms are knackered holding this sign!”

How did it feel to cross the finish line?

Both agreed that reaching the finish was a mixture of incredible joy and a huge relief.

Adam: “Crossing the finish line, I definitely felt more relief than glory. But as the soreness eases I think myself and the other runners did pretty well!”

Jill: “Wonderful! And kudos to the guy in front of me who jumped over the barrier to accompany his daughter on her last mile – if that doesn’t warm your cockles, nothing will!” 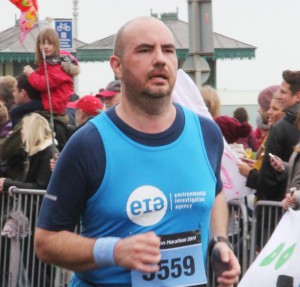 Unfortunately, we were unable to catch up with hard-core Justin Gosling as he had to jet off to South Africa to join EIA Executive Director Mary Rice at as a speaker at a conference to discuss that country’s proposals for a legal trade in rhino horn.

We tip our hats to Justin and his incredible efforts on race day raising funds for EIA’s Elephants Campaign and then flying across the world to speak out against poaching and the legalisation of rhino horn trade. Massive congratulations and thank-you, Justin, from the whole EIA office!

From all at EIA, we are so proud of, and grateful for, your achievements. Thank you!