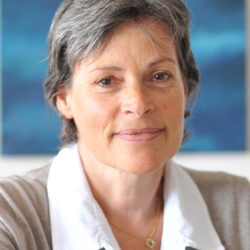 We are delighted to host this guest blog written by Sigrid Lueber, President of long-standing EIA partner OceanCare.. 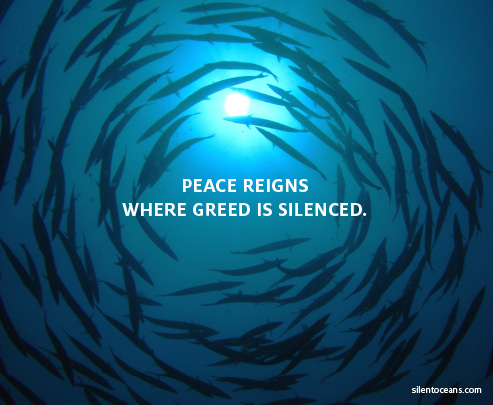 Transparency, freedom of information and consultation are all tenets of environmental governance in today’s world.

NGOs have fought for these foundation rights. Through our efforts, intergovernmental meetings are required to make their deliberations open and available to scrutiny. Indeed, NGOs are tireless in holding governments to account for the repercussion of their actions.

Yet corporations, particularly multinationals operating in the marine environment, excel at hiding the extent of their impacts – and few play the game of deception and disguise better than the offshore oil and gas exploration industry. 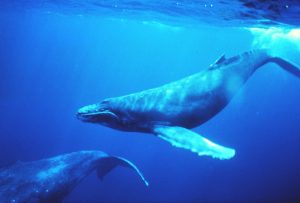 The ocean environment is filled with natural sound from animals and physical processes. Species living in this environment are adapted to these sounds, but not to the level of noise pollution that has dramatically increased in the past five decades. This noise has serious physical, physiological and behavioural impacts on marine mammals, reptiles, fish and invertebrates. Offshore oil and gas exploration is among the worst noise-generators.

When searching for new oil and gas reserves, the industry uses a survey method called ‘seismic reflection’. This is simply extremely loud, plosive, pulses of noise, discharged from an air gun array of up to 40 airguns, towed at the sea surface. These pulses penetrate through the water column, into the subsurface layers of the seabed and are reflected back to the surface where they are detected by hydrophones.

Most seismic surveys pulse every 10-15 seconds, around the clock, for weeks or months. The environment, literally, becomes saturated with noise pollution; noise that is many times louder than can be withstood by whales, dolphins, seals, fish or squid; noise that can travel hundreds of kilometres before fading to natural background levels. Depending on the proximity and length of exposure, animals are prevented from feeding or communicating. They can be permanently deafened. They can be killed.

The UN Secretary General and Resolutions by the UN General Assembly have consistently called for the management of ocean noise pollution. Significant international instruments, including the International Maritime Organisation, Convention on Biological Diversity and the Convention on Migratory Species have echoed this call and in recent years have also added the urgent need for thorough and comprehensive Environmental Impact Assessments to be a requirement before offshore noise-generating activities are given approval by governments.

But the oil and gas industry excels in deception. Most would accept that the basic intent of an Environmental Impact Assessment is to anticipate the significant environmental impacts of a development proposal before commitment to a particular course of action. The actual detail required within offshore oil and gas assessments is often poorly defined and interpreting the scientific basis of industry claims requires a sophisticated level of understanding. In most jurisdictions, both elements are usually missing; a combination that provides the offshore oil and gas industry a perfect veil behind which to hide. 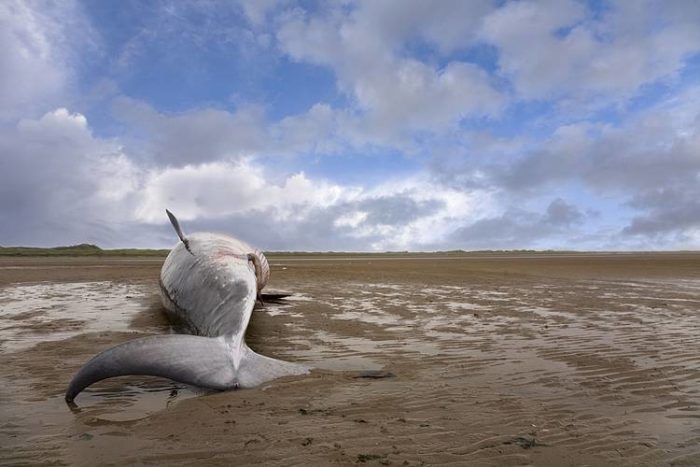 Whale stranding has been observed to be particularly frequent after military manoeuvres that deploy extremely loud sonar, via OceanCare

The technical details of oil and gas exploration proposals should include a comprehensive description of the noise to be generated, yet many assessments are submitted with superficial and misleading information. Assessments should include a comprehensive description of the immediate and surrounding area where the noise-generating activity is proposed and of the species within this area. Most are presented with incomplete or meaningless information. Missing species are not uncommon. Professional modelling of expected sound intensity levels and sound dispersal should form the baseline for their scientific justification, yet this information is rarely even included.

Details of the industry’s commitment to scientific monitoring programmes during and after seismic survey activity should be a cornerstone of their proposals, demonstrating a commitment to do no harm. Most often, such scientific monitoring is skipped over as unnecessary. In essence, the industry omits information and puts a positive spin on paperwork. This posture has recently been demonstrated in the report Overview of the Noise Hotspots in the ACCOBAMS Area, where the peak industry body responded that “there is no access to [current survey] information and [International Association of Oil and Gas Producers] is not in a position to request such info from members”.

Insufficient information is being presented. Transparency is not being enforced. Poorly drafted Environmental Impact Assessments are being routinely approved around the world.

Until transparency, freedom of information and consultation become the norm for all offshore oil and gas proposals, governments will continue to fail to call this industry to account.