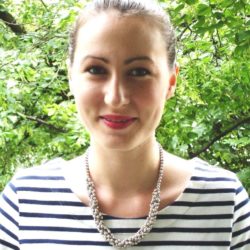 The Paris Climate Agreement has been widely hailed as a major diplomatic success and a good first step for world governments to ramp up their mitigation ambitions.

As more than 160 world leaders gather today in New York for the agreement’s signing ceremony, climate action has perhaps never been higher on the global governance agenda – but there’s more to be said and done to avert billions of tonnes of greenhouse gases from damaging our precious climate.

Most importantly, the Montreal Protocol is this year geared up to agree an amendment to phase down the consumption and production of hydrofluorocarbons (HFCs), dangerously potent greenhouse gases widely used in refrigeration whose projected growth is likely to derail any climate mitigation commitments. This move would represent the single most effective climate mitigation measure within easy reach and would complement the commitments made in Paris.

Paris Agreement – what does it mean for the climate?

The first impacts of climate change are with us already – flooding in Bangkok, Thailand (c) Félix Laframboise/iStock

As opposed to the Kyoto Protocol, which was undermined by low targets and selective international participation, the Paris Agreement is a universal climate accord expected to push the governments of both developed and developing nations to commit to a low carbon future. At the core of the agreement is the ‘bottom-up’ process of Intended Nationally Determined Contributions (INDC) already submitted to the UN Framework Convention on Climate Change (UNFCCC) comprising emissions targets and policies for the 2020-30 period.

An important outcome from Paris is that the goal of holding average global temperature increase below 2°C was strengthened in the Paris Agreement to ‘well below 2°C above pre-industrial levels and to pursue efforts to limit the temperature increase to 1.5°C’. To achieve this goal, parties aim to reach the global peaking of greenhouse gas emissions as soon as possible. Moreover, countries are duty-bound to strengthen commitments every five years to reduce greenhouse gases, the so-called ‘ratchet-up mechanism’. A stocktake of global mitigation efforts will happen from 2023 onwards every five years, with a pilot ‘facilitative dialogue’ in 2018 to assess countries’ interim efforts.

Action prior to 2020 was also given special attention in Paris with a decision, alongside the agreement text, to hold high-level meetings of governments, non-state actors, civil society and business representatives to showcase and enhance climate plans.

Even with full implementation of the INDCs submitted so far, the 2015 UN’s ‘Emissions gap report’ calculates that the world is on a path consistent with a greater than 3°C temperature rise.

EIA has long advocated amending the Montreal Protocol to bring about a global phase-down of HFCs as one of the most cost-effective and efficient ways to reduce the ‘gigatonne gap’. Proposals being discussed have the potential to avoid over 100 billion tonnes of CO2e by 2050, equivalent to the greenhouse gas emissions from almost 24,000 coal fired power plants in one year. Moreover, getting rid of HFCs would mean one of the seven greenhouse gases would be almost eliminated through upstream regulation – an effective type of environmental regulation aimed at tackling consumption and production, thus eliminating both supply and demand for HFCs. The Montreal Protocol has successfully applied this form of regulation to eliminate ozone-depleting substances and put the ozone layer on a path to recovery.

After parties adopted the ‘Dubai pathway on HFCs’ in November 2015 and committed to agree a phase-down amendment in 2016, a working group in Geneva at the beginning of this month was entirely dedicated to solving the challenges towards an amendment.

HFCs are uniquely placed as a perfect fit for near-term climate mitigation as their atmospheric lifetime is relatively short but their climate impact is thousands of times more powerful than CO2. This means that immediate cuts in HFC consumption and production will rapidly contribute to lowering greenhouse gas concentrations in the atmosphere, helping to avoid dangerous climate tipping points.

The signing of the Paris Climate Agreement today is largely symbolic, with ratification from at least 55 countries representing a minimum of 55 per cent of global emissions required for it to become operational. What will really count in the end are the actions taken by the world’s governments, both within and outside the UNFCCC, to drastically cut greenhouse gas emissions.

If policymakers fail to utilise all available climate mitigation levers to reduce emission levels in the short term, there is no credible scenario to avoid the worst climate change consequences.

A global agreement in 2016 to phase down HFCs under the Montreal Protocol is a vital first step to demonstrating that the Paris agreement can, and will, succeed. 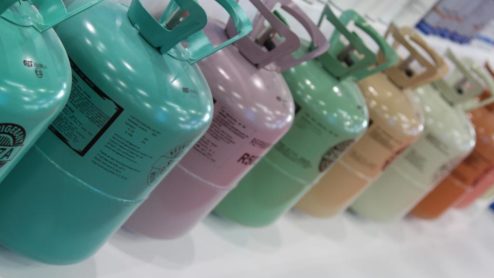