Today is World Environment Day, the UN’s principal vehicle for encouraging worldwide awareness and action for the environment. It’s also as good a reason as any to take the time out to contemplate the endless, amazing richness of this unique planet and its myriad inhabitants – and to consider the dire threats posed to so many of them and their environments.. 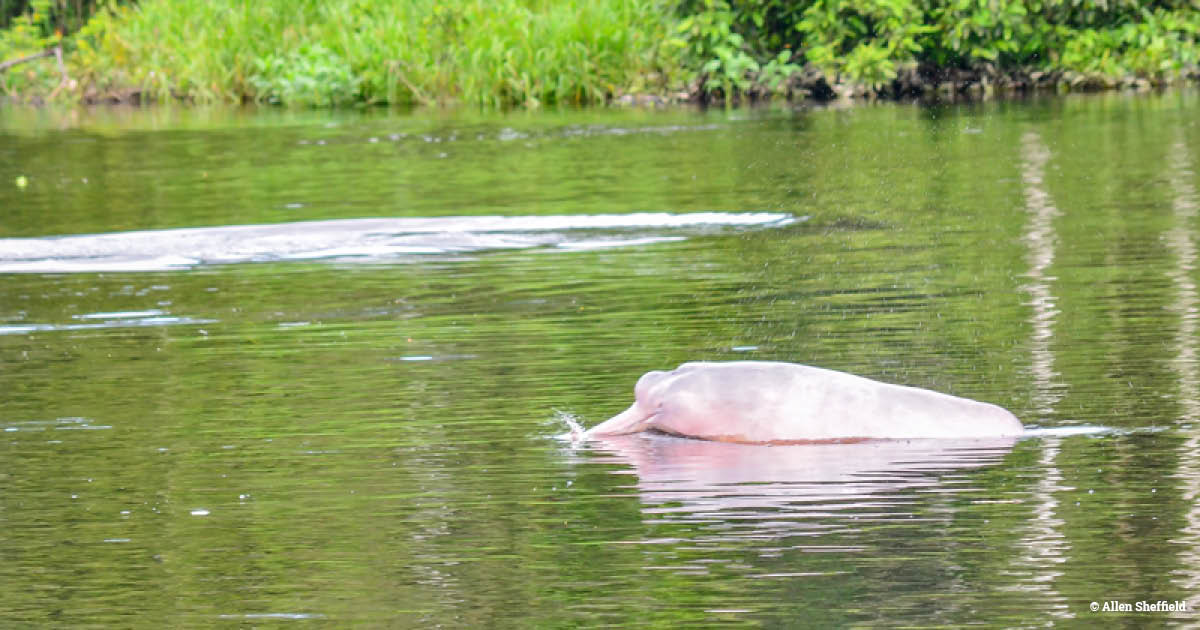 This image shows a pink Amazon river dolphin, significantly endangered as studies indicate that up to 10 per cent of its population in the Brazilian Amazon is hunted every year – to be used as bait to catch catfish.

But it might just as easily have been a photo of an elephant, a rhino, a reef, a tiger, a forest, a whale, a glacier, an orangutan, a pangolin – the list of the threatened is near as endless as the list of threats.

But if the outlook sometimes feels overwhelmingly bleak, it’s important also to keep in mind that concerned organisations and citizens can make a very real difference.

EIA is among those tirelessly working in the field to expose environmental criminals and abusers, to campaign for meaningful change and to empower others to do the same, and our track record alone demonstrates just how much of a positive impact it’s possible to make.

The rise of the internet and subsequent development of social media have proven to be new, powerful tools which allow everyone to become activists, letting us spread awareness without relying on traditional media platforms and, more importantly, allowing our supporters and followers to get hands-on and help pressure major global entities such as Amazon, Google and Rakuten to put an end to environmentally abusive commercial practices.

On World Environment Day 2014, don’t give up, don’t despair and don’t give an inch, ever, to those who would continue to exploit the natural world.