A key aspect of our undercover investigations is the way we handle and interpret the vast amount of information brought back from the field.

An investigator can go undercover on several separate occasions over a period of several weeks, meeting criminal players ranging from lower-level fixers to senior bosses, and during that deep engagement they can capture a lot of information imparted casually or anecdotally which might prove vital. This can include mobile telephone numbers, criminal acquaintances, operational locations, the monetary values ascribed to trafficked wildlife goods and even emerging markets for wildlife parts and products. 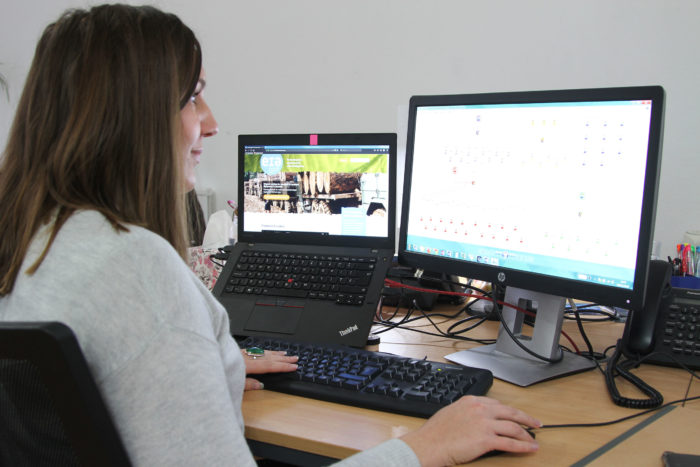 One of our crime analysts preparing a data map (c) EIAimage

This is where our crime analysts come in.

Once investigators have downloaded their findings and been debriefed, a crime analyst (we have two of them) takes the raw information and collates it into manageable datasets and tailored dossiers.

The amount of information gathered during investigations can be vast. It is the analyst who will digest the details and find patterns, trends and links within the data. The analyst’s purpose is to answer the ‘so what?’ question – ‘so what does it all mean?’

Assisting hugely in this task is the analysis software we use, which visualises disparate data to make it is easier to comprehend, revealing syndicate structures and who knows who – along with timelines of offences. It helps to reveal and depict commodity flows, such as who is funding a particular trafficking operation and how the money is being moved around.

Analysis aims to give investigators and campaigners the context about those operations investigators are infiltrating, perhaps indicating how criminal methods and players may be tied to them from previous years. As well as helping with the planning and monitoring of operations, analysis can identify emerging crime trends, such as whether new species are being targeted by traffickers and whether criminals have switched international smuggling methods to avoid, say, a port where enforcement has been recently stepped up. 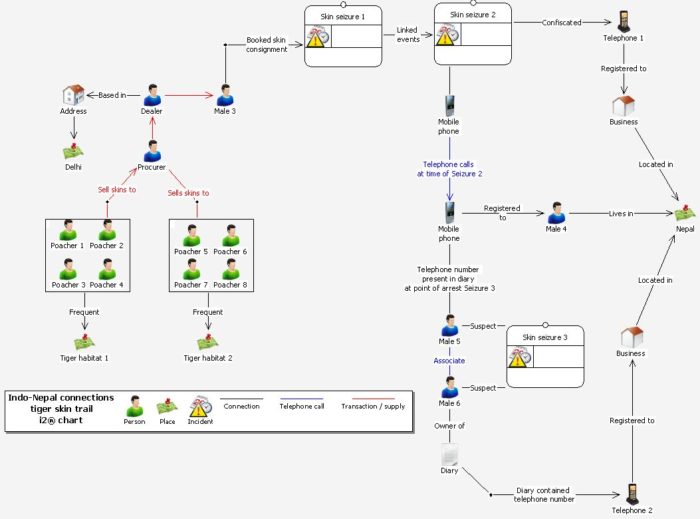 Analytical work is a cyclical process in which data from a range of sources is continually collected, processed and assessed to continually build understanding of illegal trade dynamics. Analytical ‘products’ in dossiers are developed from this information and disseminated to key stakeholders who have the ability to conduct further enquiries and take action.

For more than a decade, EIA has been at the forefront of advocating an intelligence-led approach to combat poaching and trafficking, of which analysis is a crucial part. We have tirelessly highlighted the serious, organised nature of the crimes we investigate and the requirement for an organised response.

By ensuring their work is of a meticulous high standard and comparable to that produced by law enforcement around the world, our two crime analysts also ensure it is empirically fit for purpose to help fulfil EIA’s investigative journalism mission.

The Devil may not always be in the detail, but in the case of illegal wildlife trade it’s always a good place to start looking for his fingerprints …