Working undercover isn’t just a matter of coping with the various stresses of the job – sometimes the strain is balanced with ‘Eureka’ moments, those times when a vital piece of information slips into play or when the disparate pieces of the puzzle click into place to reveal the bigger picture. In today’s Investigator Week blog, one of our undercover investigators shares his experiences …

‘Eureka’ moments have happened quite a few times during the years of my investigation work but they’re not moments that come out of the blue without reason – it’s from lots of careful thinking, thorough investigation work and dedication. 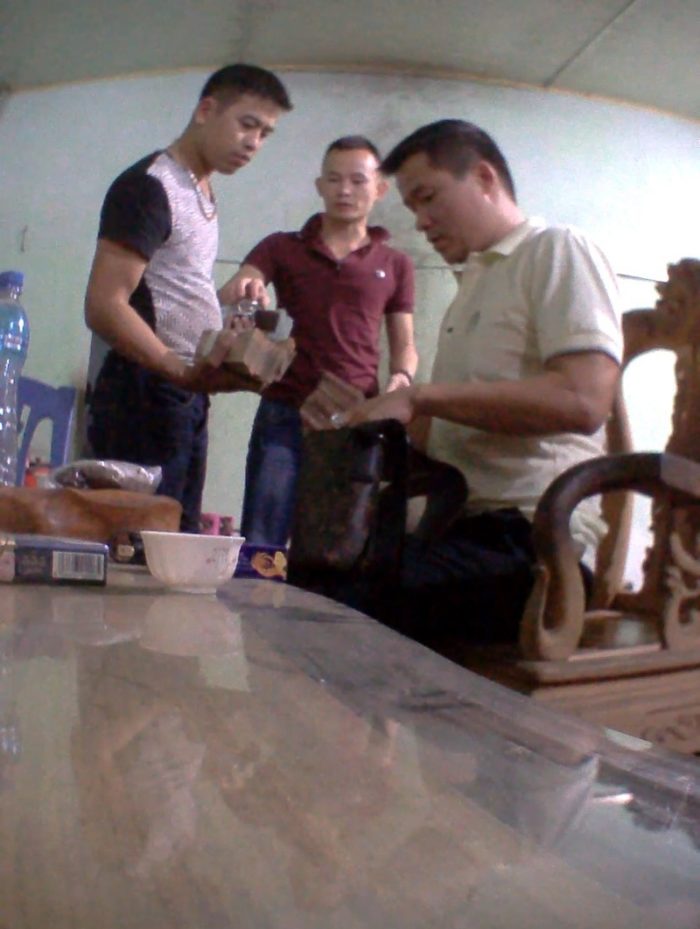 For example, in a Forests investigation project, we heard from some sources that one man was for many years the biggest trader in a banned rosewood species in a South-East Asian country. There was very little knowledge about this shadowy figure except for an abbreviation of his name, his initials. Also, our source had no clear idea which country he came from. During our two-week investigation, meeting with some eight or nine traders, we encountered one name in Chinese and, from the information and inside stories, we felt this guy might be the biggest shot in the illicit trade. Later we identified his country of origin. Then, at the end of the trip during a dinner with the team, I suddenly had a wild moment of inspiration and thought that the individual known only to us by his initials might well be the same person as the shadowy rosewood kingpin. Following this hunch, more research and checking revealed he was in fact the person we were looking for. This wasn’t just luck but a rewarding moment resulting from a long and dedicated brain-draining investigative process.

The lessons I’ve learnt over several investigations are that the more preparation and field investigation work done up front, the more likely are the chances that you’ll get those moments of insight – although it’s never guaranteed that you’ll see the final picture and you may still find yourself confused sometimes by the various strands of information. That said, if you stop the work during the process or turn in a wrong direction, the chances are that you won’t encounter the ‘Eureka’ moment you’re looking for. Getting to our ultimate goal requires a lot of hands-on experience in the field – a lack of it, or an undeveloped instinct, may get us distracted into a wrong investigative direction and lead nowhere constructive.

The investigative process is a very mentally and physically draining one and it’s not uncommon for the investigative team to sometimes become confused or frustrated if we can’t connect together the trading chain with the major criminals overseeing it. However, once – or, indeed, if – the ‘Eureka’ moment comes, it’s like a great light abruptly shining into a dark room. It can mean a big breakthrough for the investigation or in showing us the way to proceed to locate the main trading target. It’s also a moment when we deserve a toast and a welcome break from the day-to-day tensions.

If this revelation comes when we are with the traders, of course we must hide our delight, but if it comes when the team is pooling information during a debriefing or even over dinner, it’s great to be able to be so openly happy that the work is progressing so well, to share the moment out loud.

In the course of my career with EIA, there have been a few major ‘Eureka’ moments, all of them different depending on the specific circumstances. Sometimes we are able to uncover the traders’ strong and powerful corrupt connections with the army or government. On other occasions, we finally gained the trust of the big fish, to the extent that after days or even months of covert engagement they believed us to be the same kind of people they are. That’s why capable and dedicated investigators like to do this work; these are the most fulfilling and rewarding moments after long periods of mentally and physically draining investigation.

EIA doesn’t send inexperienced or unprepared people into the field so we’re not green – when the ‘Eureka’ moment comes we will be cheered by it and then start planning the next steps in the investigation; it’s a happy moment and exciting but we will still get on with the work next day.