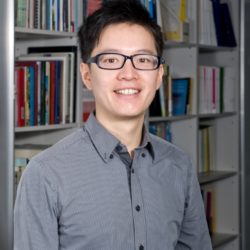 Hong Kong has a notorious history of trade in wildlife. Back in the heydays of the 1960s-70s, in an ordinary market one would be able to find wild mammals and raptors, stacked in various cages, and showcases of tiger and leopard skin emblazoned across specialty shop windows.

Today, the trade is much more inconspicuous but thriving just the same. Hong Kong continues to gain infamy with images of drying shark fins on pavements and rooftops, and the all-too-frequent interceptions of illegal wildlife products such as ivory and reptile skins at its borders.

Earlier in the year, the Environmental Investigation Agency’s report Routes of Extinction identified Hong Kong as a major smuggling hub for illegal timber and, like many other wildlife products coming through Hong Kong, the clandestine trade in timber is often re-exported to markets in mainland China. 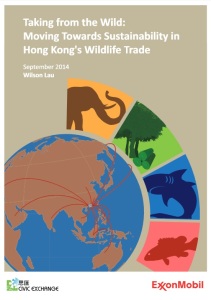 A newly published report entitled Taking from the Wild, published by independent think tank Civic Exchange, details the extent of wildlife that is traded in Hong Kong. Through trade statistics and policy analysis, the report paints a grim picture of the city’s contribution to global biodiversity loss and inadequate governance regimes to control the growth of legal and illegal wildlife trade.

Hong Kong has ratified the Convention on International Trade in Endangered Species of Wild Fauna and Flora (CITES) and relies entirely on the Convention to inform its laws and policies on wildlife imports. The argument that CITES provides few solutions for species that are on an extinction trajectory until they are on the brink applies aptly here. Little attention is paid to the large quantities of threatened wildlife products not on the CITES list that cross Hong Kong’s borders daily.

Of CITES listed species where trade restrictions are enforced, Hong Kong’s border authorities are on track for an uphill battle if the latest figures for illegal wildlife seizures are an indicator of trends. Interceptions of illegal wildlife rose sharply in 2013, at more than double the number of cases and monetary values of 2012 and greater than the annual rates of all previous years since published data began in 2007.

The report examined in greater depth the trade of four wildlife products in which Hong Kong has a significantly share of the global trade: 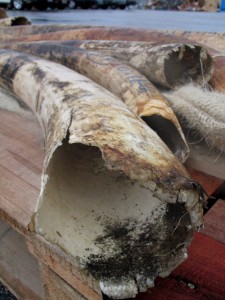 Ivory – In line with poaching trends in Africa and illegal ivory seizures globally, Hong Kong’s rate of ivory interceptions have also been on the rise since 2011. Hong Kong’s ivory seizures in 2013 amounted to roughly 14 per cent of the world total, valued at over HK$80 million. A recent analysis by Wild Life Risk, a Hong Kong-based NGO, found that the city’s legal stockpile of ivory held by licensees should have been depleted by the mid-2000s. Yet self-declared reporting of ivory by licensees show an aggregate of 117 tonnes of ivory still in the market in 2013. This calls into question not only the accuracy of the reporting regime but, more importantly, the extent to which illegal ivory has been used to prop up legal ivory stockpiles.

Timber – Hong Kong is an important port of entry for tropical timber species for markets in mainland China. This is in part due to the city’s land corridor with Shenzhen, the bordering metropolis, which has become an important processing and consumer hub for timber. Hong Kong’s efficient border procedures and absence of import taxes also make it a favourable port of entry. China’s massive demand for timber, which is well documented by the Environmental Investigation Agency, especially for precious hardwoods such as rosewood, has led to Hong Kong becoming a frequent stopover for illegally sourced timber along the smuggling route.

Shark fins – The popular consumption of shark fin soup in celebratory banquets in Hong Kong and other Chinese communities has led to devastating rates of shark mortality globally. Hong Kong is responsible for roughly 50 per cent of the international trade in shark fins, but in the past two years imports of shark fin have declined considerably. Imports in 2013 were half that of 2011 levels, due largely to anti-shark fin campaigns by conservation NGOs in Hong Kong.

Live reef fish – Another token dish in celebratory banquets are large reef fish such as groupers and wrasses, which are imported live in tanks to Hong Kong restaurants. Hong Kong accounts for 70-80 per cent of the regional trade in live reef fish by volume, but extraction of live reef fish from the Coral Triangle – an area spanning the waters of the Philippines, Malaysia, Indonesia and Papua New Guinea – is already overstretched. Studies have shown that reefs in moderate conditions can sustainably yield 0.4 tonnes of grouper species per square km in the Indo-Pacific region, yet the actual yield is estimated to be two tonnes per square km. Given the increasing wealth and demand from Chinese consumers, and high profits from the live reef fish trade, pressure on existing reef fish stocks are likely to intensify.

That international trade is having a drastic impact on the world’s wildlife and ecosystems is undeniable and the examples here show the lack of will in Hong Kong thus far to take strong action against illegitimate and unsustainable trade.

Governments need to recognise that the state of the world’s biodiversity is no longer just the purview of the country in which it is sourced but also that of the countries and people that wish to trade in and consume it. In this sense, Hong Kong has a global responsibility to do better, and regulatory, enforcement and monitoring change to sustainably manage wildlife trade at its borders and markets are essential – even if it means shaking up its ethos of a free and uninhibited trading hub which the city has long identified with.

For more information, read and download the report Taking from the Wild here.