It’s only the first week of February but climate change is already shaping up to be the big issue of 2015.

This year’s World Economic Forum in Davos, which took place at the end of January, set the ball rolling with business and political leaders calling for 2015 to be the ‘year of global action’ on climate change. It’s tempting to dismiss Davos as a bit of a junket, but this year’s conference drew attention to the fact that major corporations around the world seem to be taking their impacts on “people and planet” seriously.

While it’s sensible to be circumspect about the depth and scope of their commitment to deviate from current business models, it’s clear that the more enlightened CEOs have understood the serious economic consequences for the private sector of failure to take action on climate change, as well as the colossal challenge involved in adapting to a warming world.

Along with talk of various corporate initiatives on climate and sustainability, Davos was all abuzz about the UN Climate Summit (CoP21) in Paris this December which is expected to deliver a landmark global agreement to rein in greenhouse gas emissions. 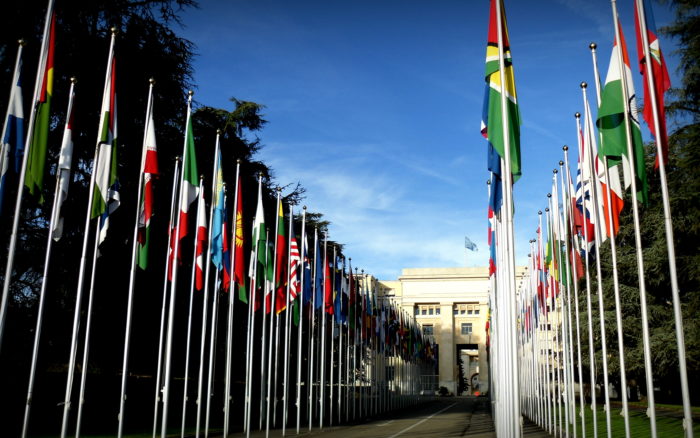 This year’s first staging post on the road to CoP21 takes place in Geneva next week with a meeting of the Ad Hoc Working Group on the Durban Platform for Enhanced Action (ADP), at which international negotiators will seek to whip a “sprawling” draft into something resembling a climate treaty. February is early in the year for the official negotiating process to kick off – usually the first session is held in March or April – but there’s a lot riding on this deal and climate diplomats are determined that the Paris conference will be seen as an unqualified success. There’s already been a fair amount of shuttle diplomacy between the key players, as illustrated by the group selfies of men in dark suits cropping up in the Twittersphere.

The stakes for Paris are high because the last time the international community got together to thrash out a landmark treaty on climate change – at Copenhagen in 2009 – the whole process descended into chaos. Doom-mongers might predict a similar outcome this year, but I think they’ll be proved wrong on several counts. First of all, expectations going towards Paris are in a different place from where they were in 2009. There is an understanding, arrived at following much muscle-flexing by countries such as the US and China, that any agreement will be bottom-up and ‘party-driven’ rather than top-down with the UN in the driving seat. Recent announcements by the major players demonstrating their commitments to multilateral action on climate change have reassured many people that, come what may, Paris will at least deliver something.

Secondly, the global economy is in a different place now than it was in 2009. I’m not talking mass austerity and banking crises: this is a positive story of transformational change. As oil prices continue to tumble and governments withdraw subsidies for fossil fuels, people have begun talking about a ‘Kodak moment’ for the oil and gas industry. With renewables firmly in the ascendant and many millions of people questioning the economic system which got us into this mess in the first place, it seems that the green industrial revolution European politicians love to talk about is finally underway. 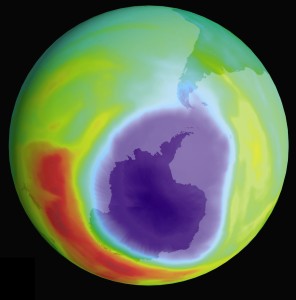 It’s not just the fossil fuel companies that are poised to undergo root-and-branch change. The global fluorochemicals industry, which was responsible for giving us CFCs and the resulting hole in the ozone layer, is set to take a kicking too. Back in 2012, EIA campaigner Alasdair Cameron analysed how one of the planet’s most environmentally destructive industries has “quietly made billions by harming some of the Earth’s most fundamental processes”.

However, this sector – led by two behemoths of US industrial might, DuPont de Nemours and Honeywell – is about to have its own ‘Kodak moment’ and see its business model smashed to smithereens by the adoption of disruptive technologies which have the dual advantage of not contributing to climate change and of enabling substantial energy efficiency savings.

EIA will be taking part in key climate meetings throughout 2015, starting with the conference in Geneva next week. You can access the short briefing we’ve published ahead of the meeting, Solving Climate Change: Towards a global deal on HFCs in 2015, here and follow developments live on the EIA Twitter feed @EIAInvestigator using the #CoP21 hashtag.