During the past month or so, there’s been a lot of activity and some surprises on the F-gas front and although there is a lot of work still to be done, it feels as if the world is finally waking up to the fact that not only do we need to get rid of HFCs (hydrofluorocarbons) but that the solutions are there for the taking – we can chill out without heating up the planet.

On June 19, the Environment Committee of the European Parliament (aka the ENVI Committee) voted by an overwhelming majority to significantly strengthen the current European Commission proposal for a revised EU F-Gas Regulation.

As we’ve reported here before, the proposal lacks real ambition and we’ve been engaging closely in the discussions which have taken place at the European Parliament over the past six months, speaking at several expert hearings, meeting with key MEPs and calling on our supporters to also get involved.

In the EU policy process, the European Parliament plays an important role as a ‘co-legislator’ alongside member states, so developments there will have a significant impact on the eventual shape of the new Regulation.

I was in the ENVI Committee meeting to witness the vote and we were delighted when a strong majority of MEPs agreed to ban HFCs in refrigeration, air conditioning and a whole host of other equipment and products by 2020. This is something we’ve been calling for since we started working on the review of the F-Gas Regulation back in 2011. 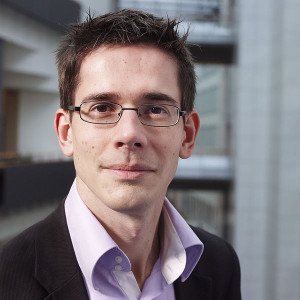 The smooth passing of the amendments was a tribute to the hard work of rapporteur Bas Eickhout and his team, who had successfully negotiated a series of compromise amendments with all the major political parties in the Parliament.

The HFC industry’s response to the vote was predictable – the usual alarmist statements alongside a touch of sour grapes. They’ve lost this round, as they know only too well, but are no doubt redoubling their efforts to influence the all-important member state discussions that are now under way. The final Regulation has to be negotiated between the Parliament, the Council (member states) and the Commission, so there’s a lot of work to be done in order to complete this by the end of the year.

A couple of weeks prior to the vote, China and the US announced an agreement to work together to phase down HFCs under the Montreal Protocol. This agreement is hugely important because these two are the largest producers and users of HFCs, and for the past five years China has been a major roadblock to agreeing a global deal on a phase-down. 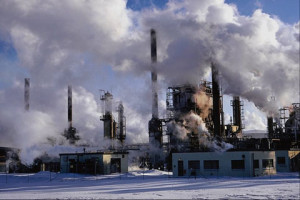 So it was with more than the usual optimism that we attended the preparatory meeting of the Montreal Protocol in Bangkok at the end of June, keenly anticipating movement towards a multilateral deal. And while China was very quiet and India remained vociferously opposed, formal HFC discussions were held for the first time at the Montreal Protocol with the agreement of all Parties.This is significant, as was the change in the tenor of discussions and the constructive engagement of parties such as Brazil and South Africa, which had previously been opposed.

The debate centred on three key issues: availability of alternatives; how a phase-down would be financed; and how to reconcile action under the Montreal Protocol with arrangements under the climate regime, given that HFCs are controlled by the United Nations Framework Convention on Climate Change (UNFCCC) and Kyoto Protocol.

These three points are actually easily addressed. Ambitious action by the EU on the domestic front and voluntary action by global retailers to phase-out HFCs demonstrates clearly that HFC-free alternatives are already available, while a successful financial mechanism is the trademark of the Montreal Protocol.

And all signs are that it is.