On Tuesday, the EIA team which launched the new Forest Campaign report Organised Chaos: The illicit overland timber trade between Myanmar and China in Beijing met in Yangon, Myanmar with civil society groups, media, activists and representatives of international institutions such as the EU and DFID. 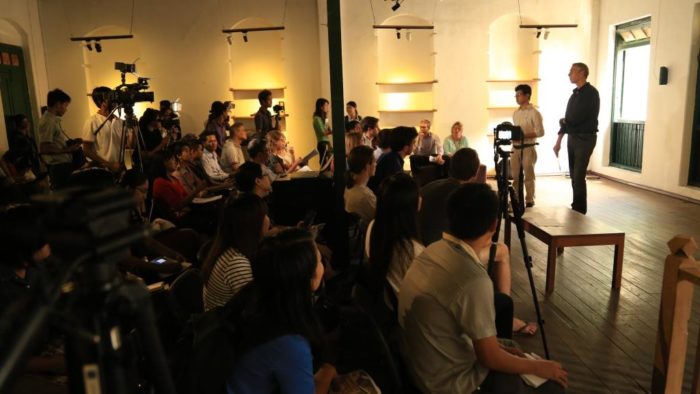 The report is the result of a series of undercover investigations conducted in China and Myanmar since 2012 and covering Kachin State and Sagaing Region in Myanmar and, in China, Nujiang, Baoshan and Dehong, in Yunan Province and Kunming and Guangzhou in southern Guangdong Province. 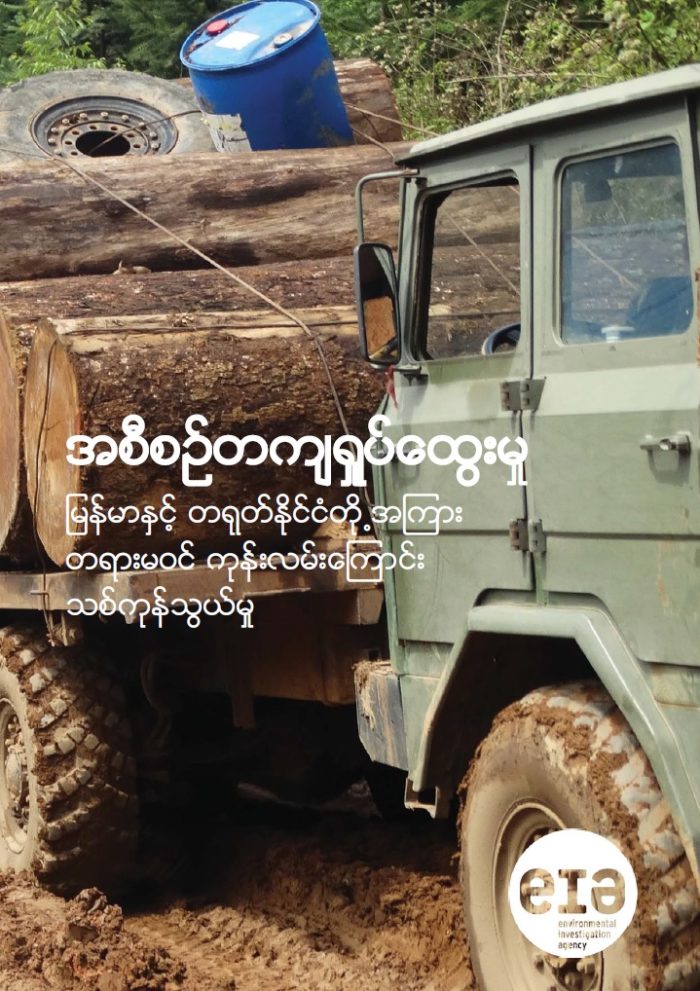 Cover of the Burmese language edition of Organised Chaos

Organised Chaos revealed how different actors from a variety of sectors benefit from the illicit timber trade, including traders and officials from both countries. High-value species such as rosewood and teak are stolen from Myanmar to feed China’s market demand in one of the single largest bilateral overland flows of illegal timber in the world, worth hundreds of millions of dollar a year; nine million cubic metres of stolen logs crossed the border in a year.

There are two main reasons for this trade being illegal. The first is that by law all Myanmar timber has to be transported to Yangon port and exported from it and the second is that log exports were banned in April 2014. Currently, there is no enforcement by the Myanmar Government while China is not respecting the sovereignty law of neighboring country. There was a peak in illegal trade in 2005 and again in April 2014.

The Myanmar Government took action to tackle the illegal timber trade last July. As a result, 155 Chinese nationals were arrested and all but two were sentenced to life. However, they all were all released after three days by a presidential amnesty. The case drew huge public attention to timber trading and raised the question of the two countries’ relationship.

People in the room on Tuesday raised this question, especially the media. They also raised the issues of the two countries’ role and that of the main stakeholders in stopping the situation. Another concern is the new agreement between China and Myanmar to stop illegal timber trading until end of December 2015 following President Thein Sein’s visited to China last month.

The EIA team strongly stated that all illegal trading has to stop immediately and that all responsible stakeholders in illegal logging and trading have to cooperate to tackle the issue.