The forgotten cats? At the forthcoming Convention on International Trade in Endangered Species (CITES) Conference of the Parties, EIA is calling on world governments to tackle the trade in threatened leopards.

All Asian big cats – that’s not just tigers but leopards, snow leopards, clouded leopards and Asiatic lion – are listed on CITES Appendix I, triggering the highest level of protection under the Convention and meaning that international commercial trade in these species is prohibited.

However, they are all nonetheless threatened by poaching for international illegal trade in their body parts. As with tigers, leopard skins are also sold for luxury home décor and taxidermy purposes, bones are used in traditional Chinese medicine as a substitute for tiger, and tiger bone wine is sold in China as well as online (see map below). The criminals involved along the trade chain, from poaching and processing to trafficking and selling, are often the same people handling tigers, leopards and other wildlife.. 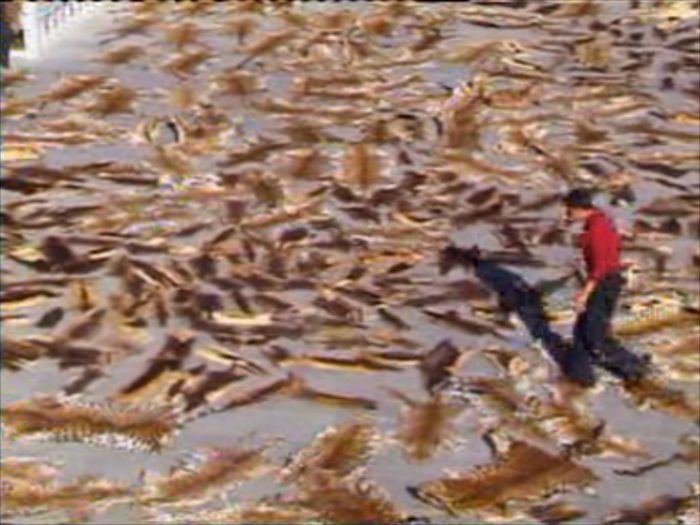 The biggest ever single seizure of tiger and leopard parts, 31 tiger and 581 leopard, trafficked from India and Nepal into China via routes that are still very much in operation today (c) Anti-Smuggling Bureau Customs Administration of China 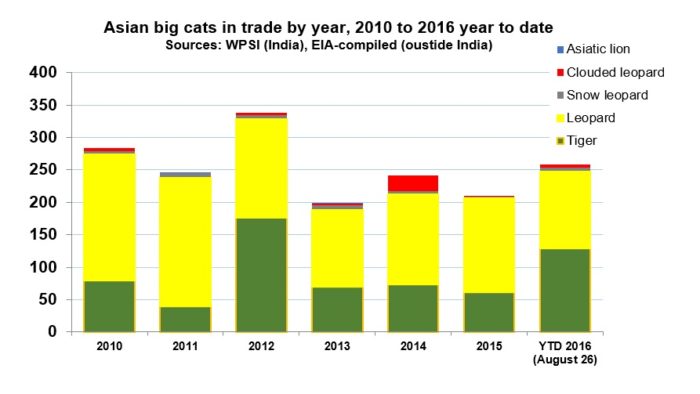 Nobody really knows how many leopards there are in the wild but the IUCN “Red List” of Threatened Species shows leopard populations are both vulnerable and decreasing – and several Asian subspecies are endangered or critically endangered.

Recent news indicates that in South-East Asia, a survey of the current distribution of the Indochinese leopard showed that the unique species had disappeared from a massive 94 per cent of its range in South-East Asia.  In India, about 8,000 leopards were recorded during the course of the national tiger population census; by extrapolation to include the rest of leopard’s range in India, the population has been estimated to comprise 12,000-14,000 leopards.

Limited population data is a major challenge in assessing the true impact of trade on leopards, snow leopards and clouded leopards. Since 2000, over 3,500 leopards have been killed (poaching and seizures) in India, figures which WPSI states “must represent only a fraction of the actual poaching and trade in leopard parts in India.” This includes 1,278 dead leopards in 2000, exceeding the corresponding figure for tigers by nineteen-fold.

In 2003 in Tibet, a routine vehicle stop of a truck found a record 581 leopard skins, along with 31 tiger skins and other wildlife. While the couriers driving the truck were convicted, the syndicate leaders were not apprehended.. 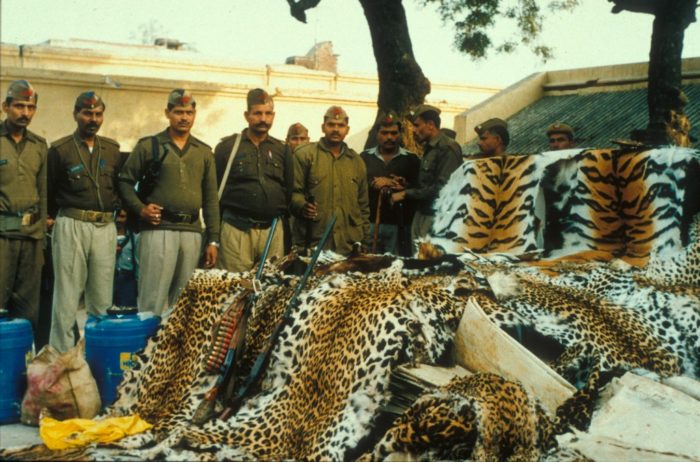 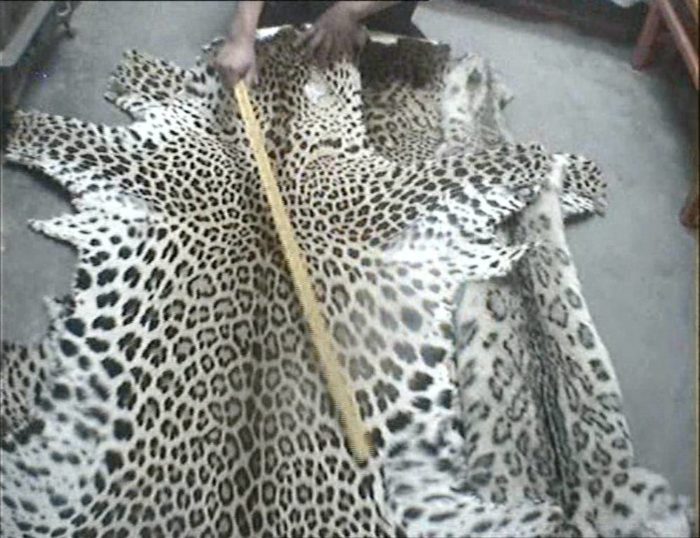 Snow leopards, clouded leopards and Asiatic lions are also targeted by poachers and their parts are sold to the same end markets (c) EIA

In 2007, organised tiger poachers targeted the last remaining population of Asiatic lions in India’s Gir National Park for the international market in their parts. The investigation which ensued used the suspects’ DNA to secure convictions and cracked a major poacher-trader nexus. Meanwhile, snow leopards continue to be trapped for their skins: between 2005-12, EIA/WPSI investigators have documented 100 skins of the elusive snow leopard for sale in well-established trading hubs in China. And while seizure incidents of clouded leopards are not well-reported, significant trade in clouded leopards occurs in well-known market places.

You can explore these issues on the map below for leopard, clouded leopard and snow leopard, which shows both seizures and trade observations. These markets extend far and wide – EIA and Education for Nature Vietnam (ENV) investigators documented the sale of a leopard skin in the lawless “wildlife supermarket” of the Golden Triangle Special Economic Zone in north-west Laos.

EIA urges CITES Parties to address the growing trade in leopards at the forthcoming 17th Conference of the Parties (CoP17) in Johannesburg (September to October 2016) by adopting the draft Decisions that are on the table and support their implementation.

Further, Parties should also strengthen protection of all Asian big cats by closing domestic markets, which stimulate demand for Asian big cats, and end demand for all parts and products. National governments should work with international partners such as Interpol to centralise and exchange information on incidents and criminals involved in Asian big cat and overlapping wildlife trade, to increase the chances of disrupting transnational criminal networks.