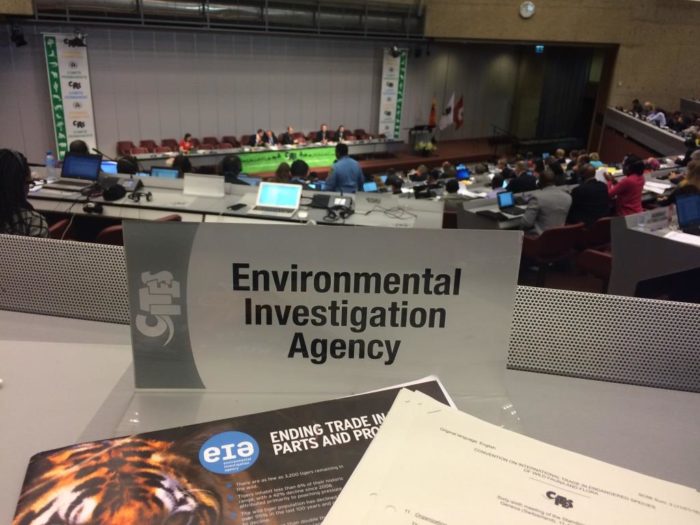 THE Convention on International Trade in Endangered Species of Wild Fauna and Flora, more commonly known at CITES, is an international treaty.

It has been adopted by 183 governments and regulates international trade in more than 35,000 species of animals and plants listed in CITES Appendices I, II or III.

Adopted in 1973, the Convention itself contains only 25 Articles which specify the treaty obligations of the Parties to CITES.

However, CITES is an evolving multilateral regime. CITES Parties meet every two to three years at the Conference of the Parties (CoP) where they adopt Resolutions and Decisions to interpret and implement the Convention and assess implementation by Parties.

The CITES framework now comprises more than 90 Resolutions and several Decisions which include actions for specific species and/or specific countries.

The implementation of these Resolutions and Decisions is further assessed by the CITES Standing Committee (SC), which acts on behalf of the Conference of the Parties inbetween CoP meetings. The CITES SC meets annually and issues recommendations for Parties to improve implementation.

Like most other international treaties, CITES also has a Secretariat which plays a coordinating, advisory and servicing role for the Convention.

When the Conference of the Parties or meetings of the Standing Committee take place, there is usually a packed agenda. In order to ensure that sufficient time is dedicated to addressing all agenda items, the Conference of the Parties is split into two phases: the Plenary (where all Parties sit together to decide matters) and Committees (where agenda items are split between two simultaneous meetings of Committee I and Committee II). For specific issues requiring more time and consideration, ad-hoc Working Groups are set up to meet during breaks and report back with their recommendations.

Each Party to CITES has an equal vote at the Conference of the Parties – whether it is a poverty-stricken country with few resources or a global super power – so any Party to CITES can make a huge difference for animals and plants threatened by trade through exercising their vote to increase protection for such species. Indeed, the EU plays a hugely significant role here because it votes as a bloc (28 votes in all).. 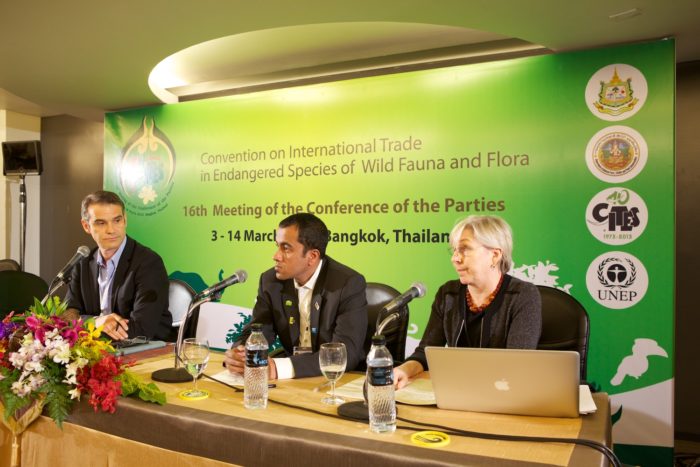 What CITES is NOT

CITES is not one single organisation dedicated to conservation. Its very name refers to an international treaty or agreement adopted by almost every country in the world and its decisions are, in essence, nothing more than the collective will of its Parties.

So if you have any concerns about how CITES is being implemented, your best course of action is to raise these concerns with your own government (assuming it is a Party to CITES) and with other CITES Parties.

You can be a campaigner too, raising concerns about issues that matter! You can find the contact information of all national CITES authorities here.

The extent of trade prohibited for any given species depends on whether it is listed on CITES Appendix I, II or III.

All species listed under CITES Appendix I are considered to be “threatened with extinction” and seriously affected by trade. An Appendix I listing triggers the greatest protection for species listed therein – international trade in Appendix I species is strictly prohibited in order to safeguard the survival of a species; trade is only authorised in exceptional circumstances such as trade in “pre-convention” specimens (specimens that were acquired before the date on which the Convention applied to the specimen).

Appendix II species can be traded internationally for commercial purposes, with the requisite permits. Despite the alarming decline in their overall population, not all African elephant populations are listed on Appendix I – those in Botswana, Namibia, South Africa and Zimbabwe are on Appendix II. However, currently the African elephant Appendix II listing is subject to certain restrictions as a result of which no international commercial trade in ivory is allowed. Other species in Appendix II are pangolins, Siamese rosewood and the southern white rhino populations of South Africa and Swaziland.

Finally, Appendix III species are those included at the request of a country which then needs the cooperation of other countries to help prevent illegal exploitation..

What is CITES CoP17?

The next CITES Conference of the Parties (CoP17) is taking place this month, starting next week! A team of EIA campaigners will be attending and are busy preparing for this important event.

EIA is calling on CITES Parties at CoP17 to: