After viewing documents for 10 shipments of teak imported into Croatia and analysing trade data of reported timber exports from Myanmar to a range of countries, EIA has identified a pattern of apparent tax evasion by companies exporting timber products from Myanmar.

Analysis of trade data indicates the tax evasion is more widespread than just the shipments to Croatia and may be depriving the Myanmar Government of millions of dollars of tax revenue every year, creating an uneven playing field favouring those companies which are avoiding paying tax and are violating laws in other countries which prohibit the import of illegally harvested timber.

EIA’s findings and there implications for Myanmar’s timber trade are set out in this briefing. 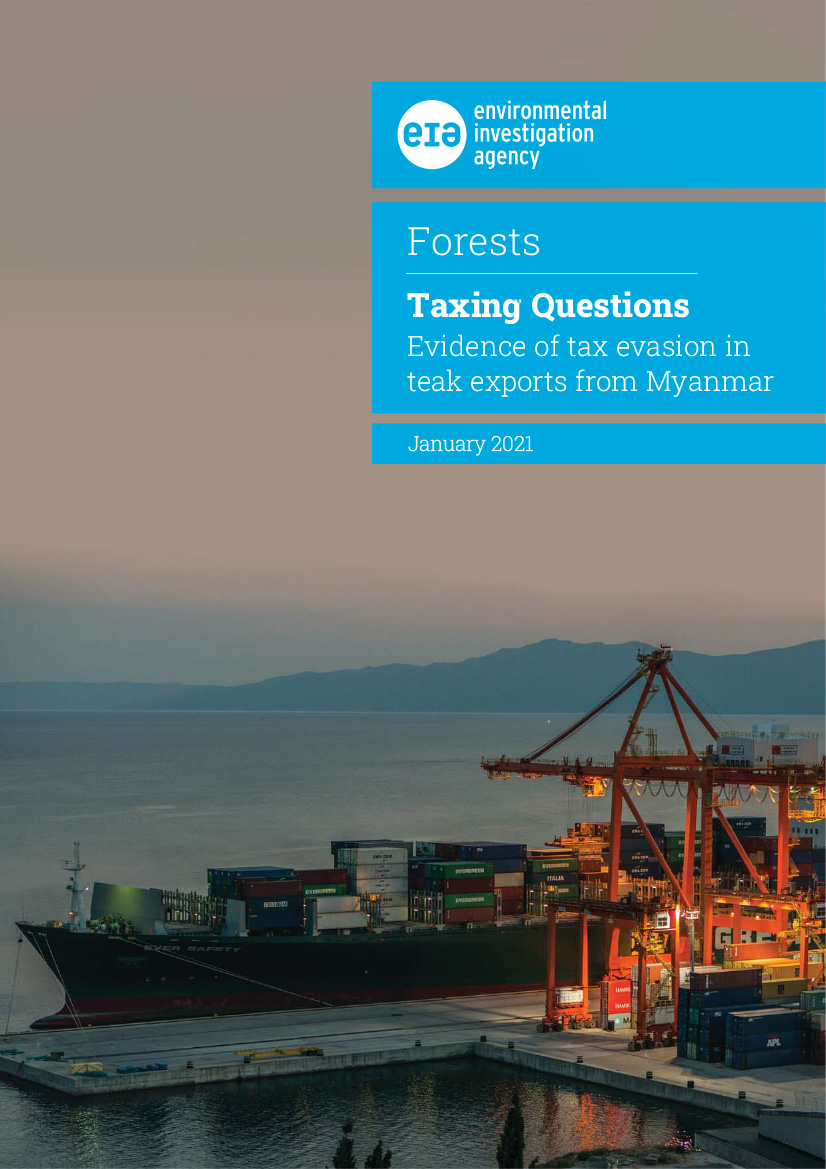