A report on Iceland’s ongoing hunting of endangered fin whales, jointly released by the Environmental Investigation Agency, Animal Welfare Institute and Whale and Dolphin Conservation on the eve of the 65th meeting of the International Whaling Commission in Portorož, Slovenia.

It exposes the sheer scale of the hunt and overseas trade, as well as the financial and logistical links between the whalers and some of Iceland’s largest companies. 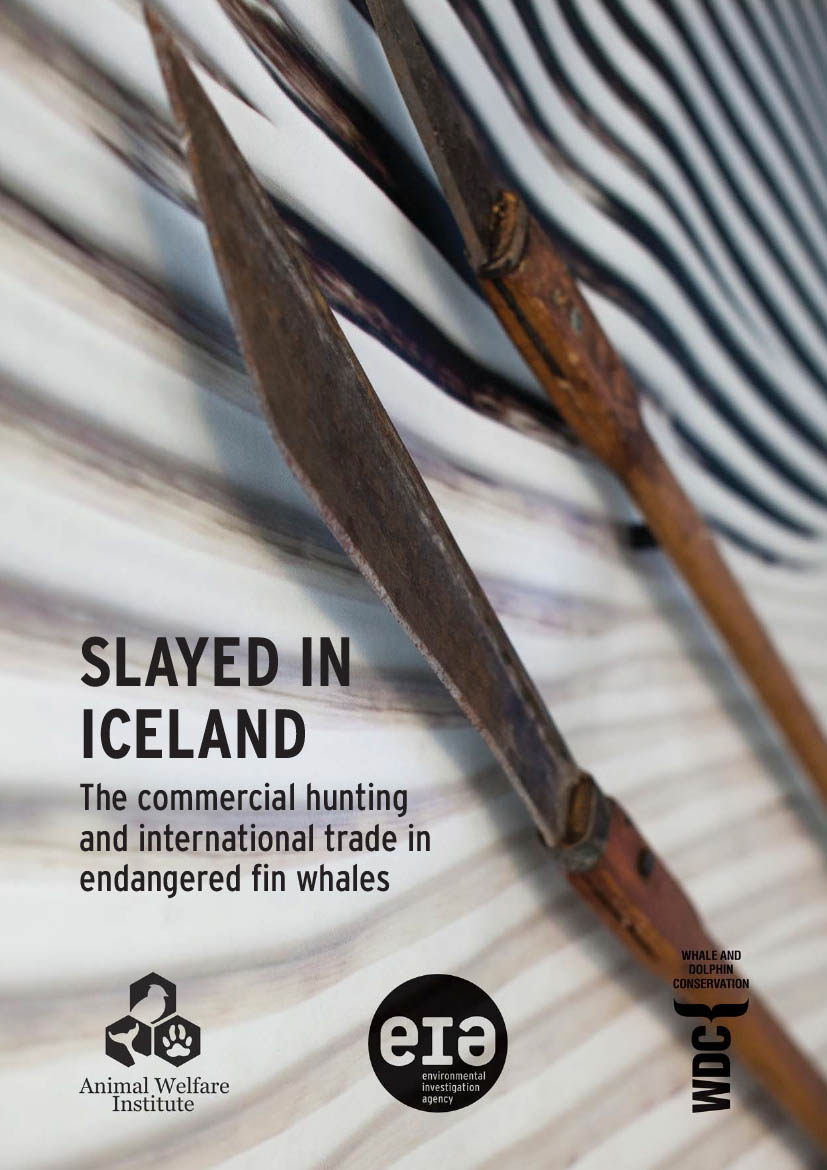