A new report to the 66th Standing Committee of CITES calling for an urgent crackdown on the illegal trade in endangered totoaba fish swim bladders which is driving the critically endangered vaquita porpoise to extinction as collateral damage.

Dubbed ‘aquatic cocaine’ and ‘golden coin’ due to the high prices it commands, the dried swim bladder, or maw, of the totoaba is much-sought in Hong Kong and southern China for its supposed but unproven medicinal benefits.

The totoaba is endemic to the Upper Gulf of California, Mexico – also home to the world’s last surviving vaquita, a protected porpoise species numbering fewer than 100 individuals which are being snared and killed in the illegal gill nets used to catch totoaba. 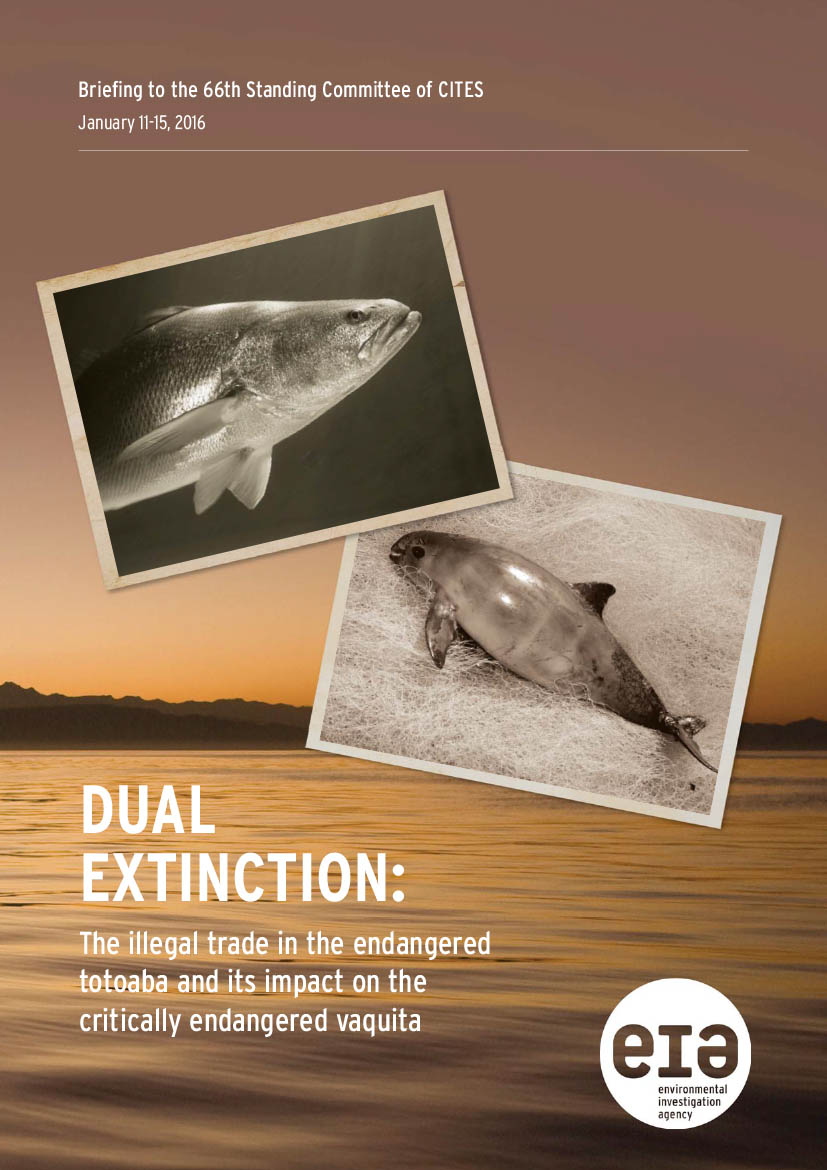