The large-scale, widespread and unchecked illegal trade in chlorofluorocarbons (CFCs) and other ozone-depleting substances (ODS) within the EU is undermining the success of the Montreal Protocol and directly threatens human health and ecological security worldwide.

This spring, ozone levels over the Northern Hemisphere were up to 40 per cent thinner than 1979-82 levels and covered an area half the size of Canada (5.3 million km2). In the Southern Hemisphere during the 1996 winter, stratospheric ozone depletion reached 70-80 per cent of pre-ozone hole values and lasted longer than ever before.

The resultant increase in ultra-violet radiation reaching Earth’s surface is having a devastating impact on human health and the natural environment. 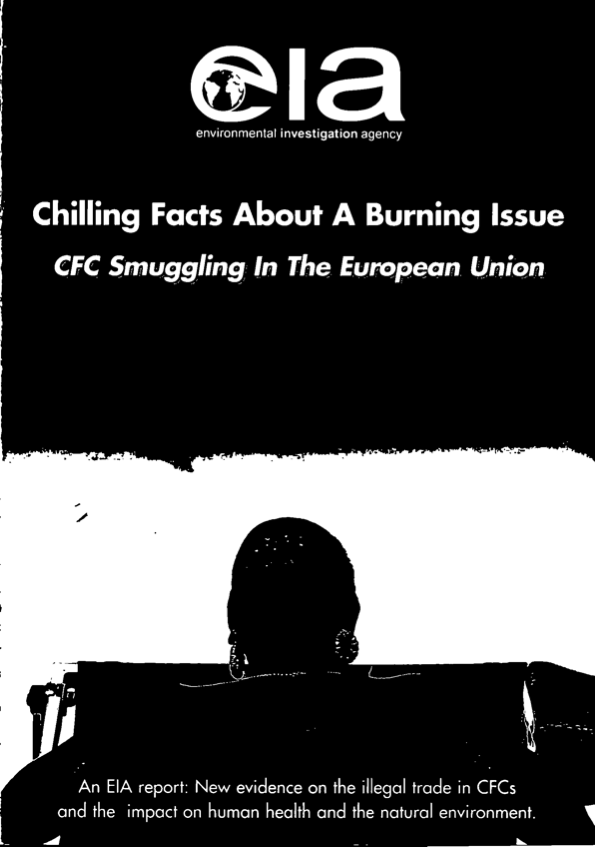