LONDON: The European Commission today (14 October) released its long-awaited EU Strategy to Reduce Methane Emissions in the struggle against global warming – but it must supplement its limited commitments in the energy sector while also addressing its near complete omission of the petrochemical industry.

The London-based Environment Investigation Agency (EIA) warned the strategy cannot be allowed to fail nor to be half-hearted – and it absolutely must not sweep the role of EU consumption in the energy and petrochemical sectors under the rug.

Fourteen years after a first bid for a European methane emissions strategy failed, the new attempt identifies measures to address methane emissions in the energy, agricultural and waste sectors. Methane is the main component in fossil gas and contributes towards a quarter of the global warming experienced today.

In particular, the EU’s energy sector plays an outsized role in global methane emissions, with gas comprising a quarter of the EU energy mix and the EU importing more than half of all globally traded gas; almost three-quarters of those imports come from Russia (40 per cent), Norway (18 per cent) and Algeria (11 per cent).

Tim Grabiel, EIA Senior Lawyer, said: “The EU squandered more than a decade in the fight against methane emissions because it lacked the resolve to compel action within and beyond its borders. This time it must require methane mitigation across the supply chain, leveraging access to the world’s largest gas market as the hook.”

The Strategy makes a legislative commitment in the energy sector to submit a proposal in 2021 to require monitoring, reporting and verification and to improve leakage detection and repair but it stops short of a clear commitment to apply those obligations across the entire supply chain, including to imports.

Other measures will only be considered, such eliminating routine venting and flaring, methane emission reduction targets or standards or other incentives on fossil energy consumed and imported into the EU.

“We can’t afford for implementation of this strategy to be half-hearted – the Commission must go beyond simply considering legislation to eliminate routine venting and flaring across the supply chain and commit to banning this horrible practice, along with adopting a slew of other measures to transition us away from gas,” added Grabiel.

When methane leakage exceeds three per cent across the supply chain, the impacts of the gas are worse for the climate than coal.

The new Strategy also omits any mention of methane emissions from the petrochemical industry. Petrochemicals, such as naphtha and natural gas liquids, are used as the raw materials to produce plastics and are co-products of oil and gas production and processing, which is where significant methane emissions occur.

“For all the progress made elsewhere on plastics, ‘surprising’ is too modest a word for the near complete omission of the petrochemical contribution to methane emissions,” said Clare Perry, EIA’s Climate Campaigns Leader. “The Commission must not sweep the role of the petrochemical industry under the rug in the struggle against climate change.

“The European Parliament and Council must be presented with ambitious proposals and thereafter act ambitiously. There is still a chance for the Commission to lead and avoid another missed political opportunity to do what needs to be done.”

The window to slow down the pace of catastrophic climate change is fast closing and EIA strongly urges the EU to ensure that this time around its methane strategy is not another meaningless exercise. 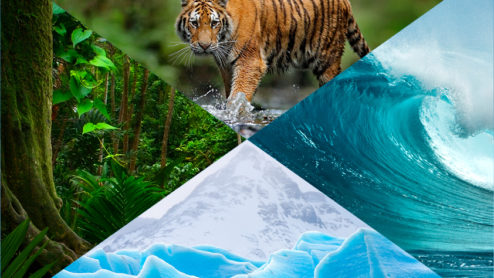 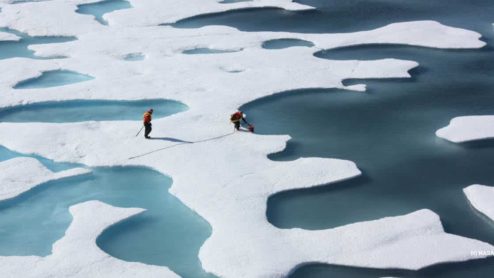