The launch of the report comes almost exactly one year after our undercover investigators first exposed the industrial-scale forest theft in the report Repeat Offender.

The timing is particularly important as Vietnam is currently preparing to sign and ratify a Forest Law Enforcement, Governance and Trade (FLEGT) Voluntary Partnership Agreement (VPA) with the European Union – the mechanism by which timber products from the country can be judged to be in compliance with EU law and so exported into the lucrative European marketplace 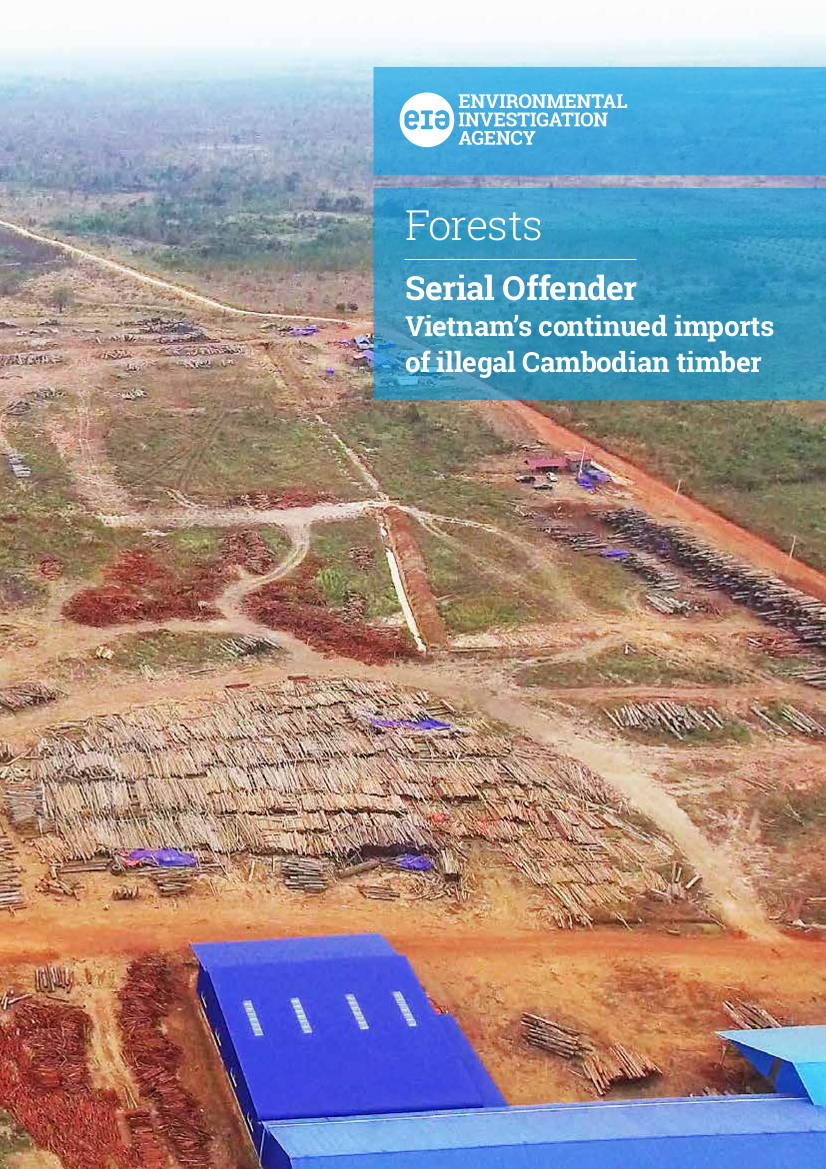 Illegal logging is occurring on a vast scale in three key areas in Cambodia, including in the supposedly protected Virachey National Park, and under the direct protection of corrupt Cambodian military and forest rangers.

Cambodia has numerous timber export bans in place, including a specific ban on timber trade with Vietnam dating from 2016.

“The current Vietnamese system, where blatantly illegal timber is accepted into the economy, is fundamentally incompatible with the commitments it has made in its VPA with the EU and must radically change to prevent this agreement from failing.”

“Vietnam needs to show it has the political will to address the illicit flow of timber by enforcing now – not after it has ratified and signed the VPA. There will never be a functioning VPA until this illicit traffic stops.”

• Get the key facts from Serial Offender in our special summary.