The Tanzanian Government is teetering on the edge of committing irreversible environmental damage with aggressive plans for a dam in one of the world’s most famous wildlife reserves.

Having lost much of the country’s elephant population to poaching between 2009-14, the Tanzanian Government’s decision to develop the multi-billion dollar Stiegler’s Gorge hydropower dam project in the heart of the Selous Game Reserve is set to devastate one of the most important protected areas in Africa; it is already said to be “the costliest investment in the history of Tanzania”.

As well as being home to endangered elephants, black rhinos, hippos, lions, buffalo, giraffes, zebras and Nile crocodiles, the Selous is also home to about 1,300 African wild dogs (aka painted dogs), approximately one-third of the global population. 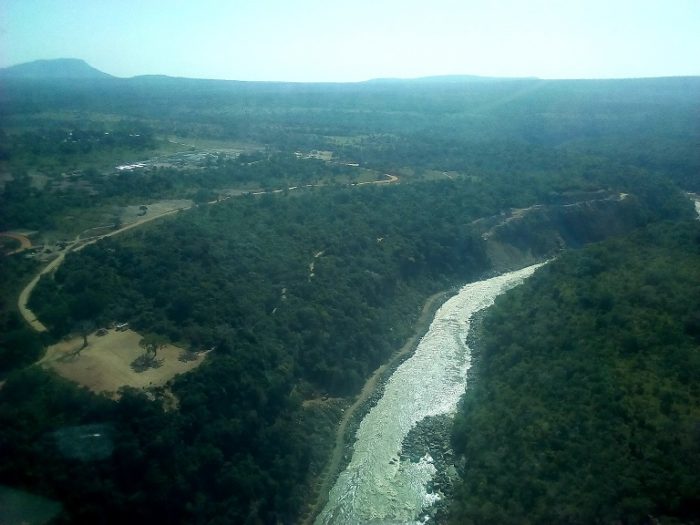 Work begins on construction of the dam at Stiegler’s Gorge, Tanzania (supplied)

A UNESCO World Heritage Committee meeting starting this weekend could play a critical role in deciding the fate of the Selous.

In recognition of its ‘Outstanding Universal Value’, the Selous has been on the UNESCO World Heritage List since 1982. Today, it is a major tourist destination and is advertised by the Tanzanian Government as Africa’s “favourite game viewing area”.

In 2014, as a result of relentless poaching which  slaughtered more than 60 per cent of the reserve’s elephant population, the Selous was declared a World Heritage Site in Danger; a designation given to fewer than five per cent of UNESCO World Heritage sites emphasising the need for urgent corrective action.

In 2018, UNESCO justified the continued inclusion of the Selous on the List of World Heritage Sites in Danger due to the threat of large-scale deforestation linked to the development of the Stiegler’s Gorge hydropower project.

Despite repeated warnings from independent experts, Tanzania President John Magufuli has given the green light to the project and his Government has adopted a bullish response to critics – environment minister Kangi Lugola recently told Parliament “Those who are resisting the project will be jailed”.

African Export-Import Bank (aka Afreximbank), CRDB Bank and United Bank for Africa (Tanzania) have since pledged financial assistance to the project, going against environmental, social and governance best practice in the banking and financial sector.

Independent assessments have concluded that the Stiegler’s Gorge dam would cause major habitat loss, disrupt migratory routes and introduce invasive species in and around the Selous.

Water supply and the seasonal migration of fish would be impacted in yet another protected area, the Rufiji Mafia-Kilwa Marine Ramsar site.

Julian Newman, our Campaigns Director, warned: ‘’Building roads to and from the dam will make the area accessible to illegal resource use, including increased elephant and rhinoceros poaching, as happened during Shell’s oil exploration in the Selous”.

Such a loss of wildlife will reduce tourism to the area and have direct economic impacts for local livelihoods; one tourism facility has already closed as a direct casualty of the land clearance.

President Magufuli has been urged by international bodies, including UNESCO and the International Union for Conservation of Nature (IUCN), to consider more sustainable alternatives to meet Tanzania’s electricity needs

Mary Rice, our Executive Director, said: ‘’It is tragically ironic that having saved elephants from poaching at the eleventh hour, the Government of Tanzania is now hell-bent on ripping apart an invaluable habitat for the sake of this ill-conceived hydropower project, causing irreparable damage to the Selous Game Reserve and the wider ecosystem.’

“The Stiegler’s Gorge project is effectively a white elephant being driven by the suppression of public and expert opinion and has been branded as a vanity project.

“Sadly, rather than bringing the intended legacy of economic benefit to the country it will instead drain Tanzania of its economic resources and destroy a unique and precious environment. It is incumbent on the international community to stand together to take urgent action before the Selous is lost forever.”

The project is in direct contravention of the UNESCO World Heritage Committee’s position that the construction of dams with large reservoirs within the boundaries of World Heritage properties is incompatible with World Heritage status. UNESCO has firmly indicated in a draft decision ahead of the upcoming meeting that it might consider deleting the Selous from the list of World Heritage Sites.

Delisting is a decision rarely taken by UNESCO – only two sites have been delisted in its history. The decision to delist the Selous would drastically undermine Tanzania’s international reputation as a haven for wildlife and a major tourist destination.

It would also be the first time that an African World Heritage Site was delisted due to the actions of another African state, namely Egypt. By mobilising financial support to this project, Egypt has clearly acted in contravention of the World Heritage Convention which stipulates that Parties must not take ‘’any deliberate measures which might damage directly or indirectly the cultural and natural heritage … situated on the territory of other States Parties to this Convention’’.

UNESCO’s draft decision highlights that Tanzania’s Environmental Impact Assessment of the project “does not provide a credible assessment of the potential impacts on the property’s OUV” and falls short of acceptable standards. Tanzania has repeatedly failed to address international concerns over the project, which explains the rare move by UNESCO to warn the country that the Selous could be delisted. 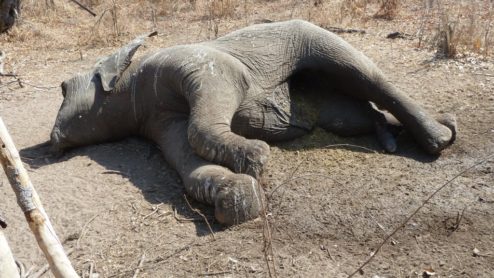 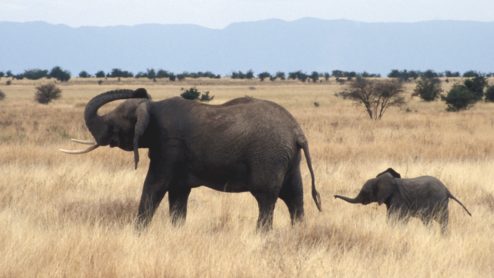