Despite a scientific consensus pointing to China’s wildlife trade as the most likely cause of the coronavirus pandemic, the country’s Government is currently touting a treatment containing bile milked from bears held in captivity.

Bile is a digestive fluid produced by the liver and stored in the gallbladder. It is harvested using several techniques, all of which require some degree of invasive surgery.

EIA has learnt that in a published list of recommended treatments for coronavirus (aka COVID-19), the country’s National Health Commission is promoting injections of a traditional medicine treatment which contains bear bile. 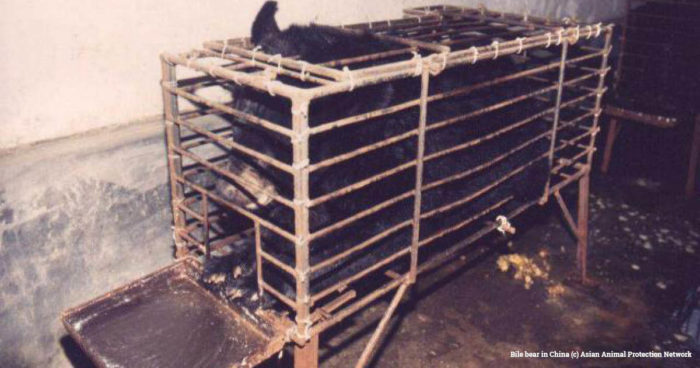 “Tan Re Qing” injections are among the recommended treatments for ‘severe’ and ‘critical’ cases of coronavirus in the COVID-19 Diagnosis and Treatment Plan (7th Trial Version), published on 4 March 2020 by the National Health Commission and circulated via State media.

Bear bile is one of the ingredients of “Tan Re Qing”, according to the website of a major pharmaceutical manufacturer.

In February, the Chinese Government banned the consumption of most terrestrial wild animals as food in the wake of coronavirus. This should be a positive move if implemented effectively and ethically – however, the ban does not cover use of wildlife products in traditional Chinese medicine or as ornamental items. 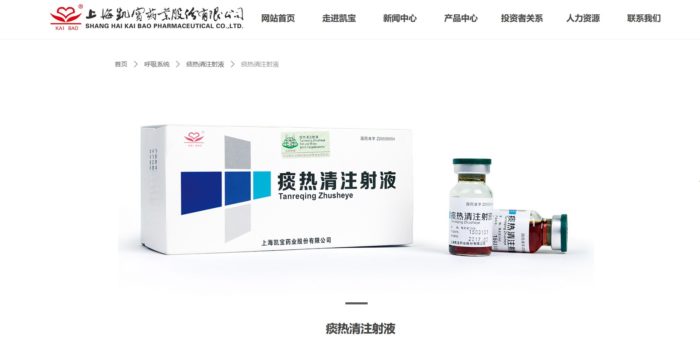 “Aside from the irony of promoting a wildlife product for treatment of a disease which the scientific community has overwhelmingly concluded originated in wildlife, the continued promotion of the use of threatened wildlife in medicine is hugely irresponsible in an era of unprecedented biodiversity loss, including illegal and unsustainable trade.”

Even if wildlife products such as bear bile and tiger bone are sourced from captive animals, this has not relieved pressure on wild populations, especially given the consistent preference among consumers for products sourced from the wild. Instead, these legal markets are legitimising and thereby perpetuating demand for threatened wildlife.

White added: “A huge number of people in China have been calling for greater restrictions on wildlife trade. EIA strongly supports these calls and wants to see China’s ban extended to cover the use of threatened wildlife for any purpose, including in traditional medicine.

“At this moment in history, as the world is crippled by the coronavirus pandemic, the public health and environmental risks of wildlife trade are rightly receiving unprecedented attention. There could be no better time to end the use of the parts of threatened wildlife in medicine, especially as recent surveys conducted in China showed the vast majority of respondents were opposed to use of wildlife in medicine. In doing so, China could become a genuine leader in conservation and we hope other countries would follow its example.

EIA is calling on China’s lawmakers to use a revision to the country’s wildlife legislation to ensure all trade in parts and products of threatened wildlife – including bears, big cats, rhinos, elephants and pangolins – is permanently banned.

Only last month, EIA revealed how illegal wildlife traders in in China and Laos were cashing in on fears over the coronavirus outbreak in China by peddling fake cures containing rhino horn and other endangered species products. 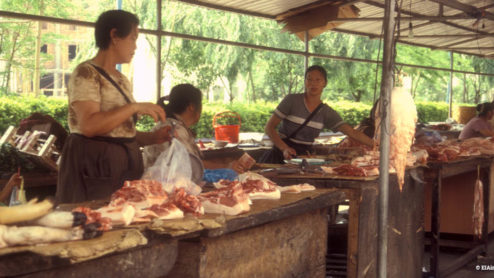 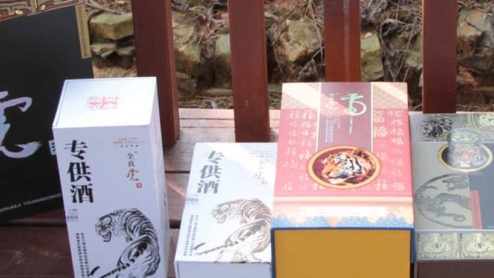 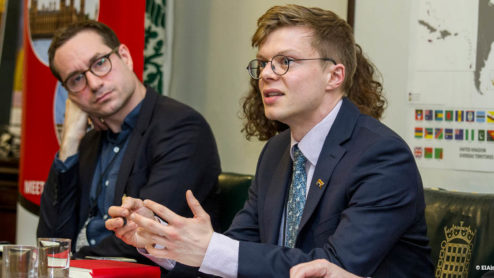