At an event organised by the All-Party Parliamentary China Group in Parliament yesterday (11 March), EIA Wildlife Campaigner and China Specialist Aron White cautioned that the international proliferation of traditional Chinese medicine (TCM) – touted as a pillar of the BRI – poses potential risks for biodiversity around the world. 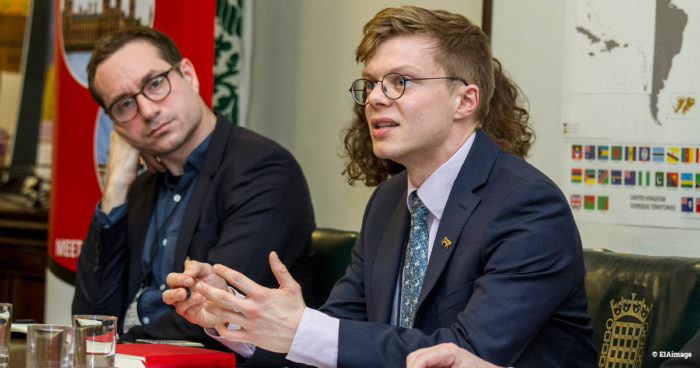 EIA was invited to take part in a panel discussion chaired by Geraint Davies MP on the environmental risks and opportunities posed by the BRI; also participating was Dr Sam Geall, Executive Director of China Dialogue, and Alyssa Gilbert, Director of Policy and Translation at Grantham Institute for Climate Change and the Environment, Imperial College.

White told the event how wildlife products such as leopard bone, pangolin scales and bear bile in TCM is still legal in China, despite the availability of sustainable herbal substitutes and statements from many within the industry that such ingredients are not necessary.

International expansion of TCM without simultaneous commitments from China’s policy-makers to end the use of threatened wildlife risks being interpreted as an endorsement of the industry in its current form and could also increase demand for and production of TCM using wildlife ingredients.

However, many TCM practitioners and academics already reject use of wildlife products and recognise that the practice poses a reputational risk to TCM as a whole.

White added that the imminent revision of China’s legislation covering trade in and use of wildlife presents a timely opportunity to finally close its domestic markets for threatened wildlife, including captive-bred specimens, and including use in traditional medicine. 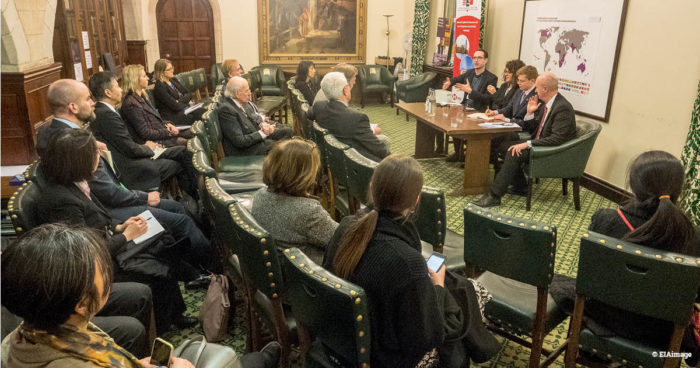 Unfortunately, policy changes adopted to date in the wake of the coronavirus pandemic do not forbid use of wildlife in medicine and EIA urges the Government of China to make the necessary amendments as part of this current revision process.

White also discussed how many BRI infrastructure projects are located in areas which are already hubs for wildlife trafficking and that they risk exacerbating the trafficking of wildlife and timber.

“There are serious risks associated with projects such as railways linking wildlife trafficking hubs in Laos and Nepal with key consumer markets in China,” said White afterwards. “The Government of China and BRI partner governments need to demonstrate they have put mitigating measures in place.

“EIA urges the Chinese Government, governments of BRI countries and the financial backers of such projects to fully consider the potential impacts of BRI projects on climate and biodiversity at the planning stage – and to not proceed with projects which risk harmful impacts on the climate and natural environment.”